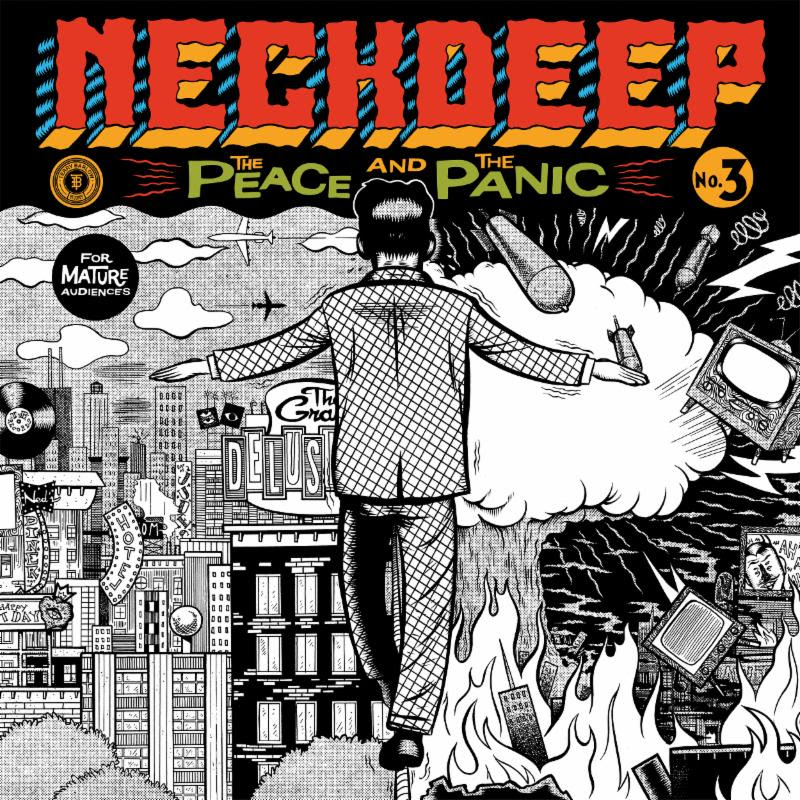 Album Released August 18th via Hopeless Records
Available For Pre-Order Now Here
See Neck Deep Headline Vans Warped Tour All Summer Long
Neck Deep has announced their highly anticipated third studio album, The Peace And The Panic, due out August 18th via Hopeless Records. The 11-track album, produced by Mike Green (Pierce The Veil, Paramore), is a meditation on the constant duality of life and the struggles that come with it. It comes blessed with an acknowledgement that seizing the day and having a laugh with your mates is important, but so is the personal growth that comes with pain and existential crisis. This album will show a duality of sounds, which carries through to the various PEACE and PANIC pre-order bundles, now available at  https://neckdeep.lnk.to/TPATP.
Additionally, the band has released the first two singles and music videos from the album after their first spins earlier this afternoon on the Radio 1 Rock Show with Daniel P. Carter. Fans can watch the videos for

"Where Do We Go When We Go"