PUNK IS SHAKING DOWN COLOMBIA WAY INTERVIEW WITH ALKOHOLEMIA 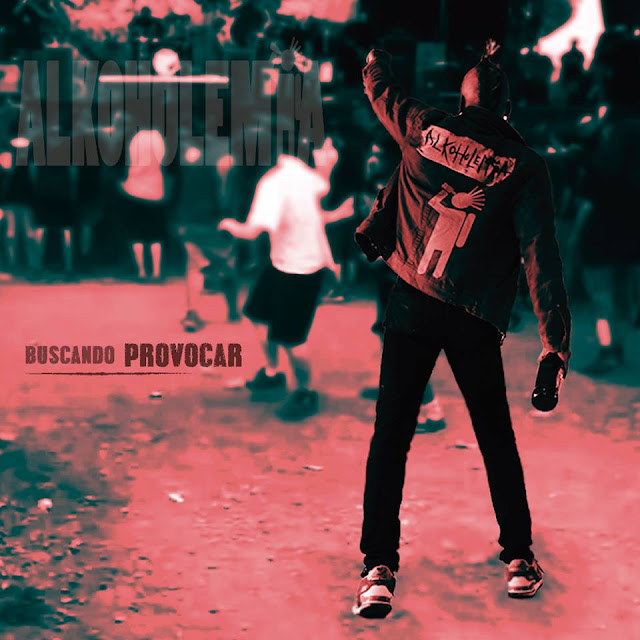 Jane Pistol: ​Is Alkoholemia more of a punk band or metal or a combination?

ALKOHOLEMIA: That’s tough to accurately answer, some might say one thing or the other….we feel we’re not just simply plain punk since we include the whole variety of our different influences...we’re brutally different, actually….so there goes the “recipe”....we don’t necessarily need a genre tag, we know we have punk vibe, though….and when it comes to metal, in our case it’s a bit more precise to refer to hard rock, rather than metal itself...


JP: Lyrically your songs seem to convey a message at times. How much of the song-writing is based on personal experiences and social and political things?

ALKOHOLEMIA: Since the lyrics writing process is really spontaneous and not methodically established as a series of steps, there’s plenty of issues to deal with in the lyrics...some refer to our local, national everyday reality, one or two deal with politics and similar stuff, a big deal of them also deal with party, drinking and having fun….if we put it in a balance, we are more oriented towards entertainment than to any kind of controversial views.


​JP: What were the two live tracks on this new album. Where were they recorded?

ALKOHOLEMIA: ​We recorded a live-session number of songs some months ago, it took place at the one of the studios for the Sound Engineering Undergraduate Program at one of the local universities in town...the tunes are “Alkoholemia” and “Y No Volvió Jamás”...a group of students needed to submit some tracks for a course….and well, we’re always supporting academy, you know! (laughed).


JP: When working on this album what were some of the challenges you found in putting it together?  Did you all learn anything in particular that you would do or not do again?

ALKOHOLEMIA: Usually, it’s hard to make up your mind as a band and decide which tunes go and which ones are not ready or suitable for it. We could say that our previous experiences recording with Alkoholemia and our previous bands, --why not-- have shown us the importance of a solid and mature pre-production process...after deciding a setlist, getting every single little note, drum-fill, solo and detail perfectly agreed and prepared so we could have a final rehearsal sounding exactly as the album will sound...that’s been one of our biggest lessons, we learned it for our previous EP, not with this album, though. The only thing we could say it was pretty chaotic has to do with timing and scheduling studio time….we work with this guy who’s the ace in town, reason why he’s always busy, as we are with our jobs, so it took more time than we expected.

JP: Do you have plans to tour in support of the album?

ALKOHOLEMIA: Currently, we’re a bit more concentrated in completing all things related to the official release as well as to book all those big cool local fests...obviously it’s such an huge expectation and we’d love to travel, it’s rather a wish than a plan...and it would be wiser to captivate more audiences here, first....

JP: You are based out in Colombia- what is the music scene like there?

ALKOHOLEMIA: The independent underground scene is rough stuff...specially in our city, Medellin…there’s more bands than audiences...EVERYONE is in a band...so it’s a bit easier to find cool, fun, rewarding gigs in surrounding nice little towns nearby, one or two hours away driving, you name it...and underground market is always a tough issue as everyone knows, that’s not a mystery...now, in brief, I’d say it’s a growing scene, culturally speaking...there’s huge fests in the country and great, international bands come to the city...Luizzgui saw Ozzy, Overkill, Aerosmith, Mr. Big and Megadeth in a matter of months, Dave has seen Offspring, Bad Religion and Green Day, Felipe as well...things are growing


JP: Music is definitely global. Who have been some of your favorite bands to listen to growing up?

ALKOHOLEMIA: Considering the already mentioned huge musical taste differences, we can even mention we HAD to create a Spotify mix-playlist for our trips in our cars...so, to name a few; Dave usually goes with Spanish punk rock bands, as well as some California sounds, neo punk stuff as Green Day, Offspring….his top two are Rage Against the Machine and Bad Religion...and weird to mention, he’s been recently quite into Ghost and Die Antwoord. Now, Felipe is more into stuff like Misfits, NOFX, RAMONES, some melodic Death Metal bands, he also loves ska, just to name a few....Luizzgui’s top is Queen, Def Leppard, Skid Row, Ozzy, Van Halen, Steve Vai, Guns & Roses, KISS, Thin Lizzy , 80’s Hard Rock in general....


JP: Do each of you personally have  a favorite track on the album that you love to perform? Is so, which ones?

ALKOHOLEMIA: We haven’t actually discussed that, to be honest...we’re not gonna lie! (laughed).Now, looking at some videos and thinking of some recent rehearsals, we could say the most notorious euphoria can be seen when playing the song “Buscando Provocar”...maybe that’s why we chose it as album title.


JP: Where does the band like to meet up to jam and write?

ALKOHOLEMIA: We tend to sit together to produce new stuff at Dave’s house with his drums and after the basic structure of whatever song is solid, we go to a rehearsal studio in town...nothing unusual or particularly ritual, you know...


JP: With so much music available for purchase- tell us why this album is one we need to own.

ALKOHOLEMIA: ...you might have read in our site at the Cannonball.Rocks page, ”...regardless what you're most into...It's gonna blow your mind!”