May 10, 2017
SLANT quite possibly brings more emotion to their U2 Cover than U2 ever did. There is unclean grit to what SLANT delivers in their cover of "With Or Without You" that is pure, clear, and real. Let SLANT cover you in their rendition that spins a melody sweet to the soul and rocking to the core.- BANGS! Music & Entertainment 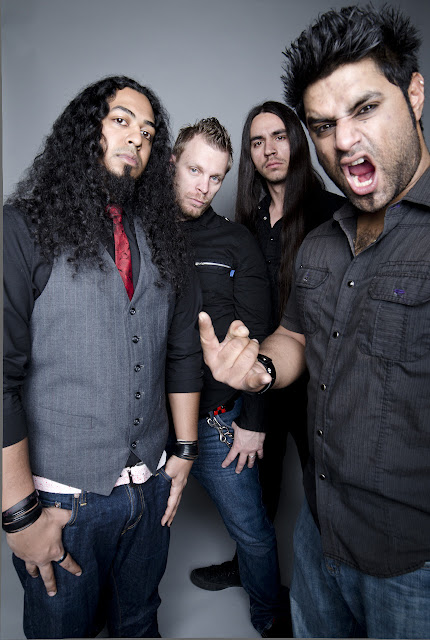 90s influenced Rock band SLANT has released the Lyric Video for their cover of the Classic U2 Hit "WIth Or Without You." Originally premiered on Tattoo.com, "With Or Without You" was Produced with Sameer Bhattacharya (Flyleaf / P.O.D.).
With or Without You" is our favorite cover song to play in a crowded room to get a whole lot of strangers to come together for 3:49 - Munir Haque

Slant - With or Without You

Slant have toured along the U.S. West Coast and have been the opener for headlining acts such as: Alien Ant Farm, Taproot, Puddle of Mudd, Eyes Set to Kill, Buckcherry, Hed PE (Budweiser Music Fest / other shows), P.O.D (Sunset Strip Music Festival), Hoobastank, 10 Years, Adema, Powerman 5000, Cold and more.
cover SLANT U2 With or Without You