The Cuckoos: ReMix 'Get It On' 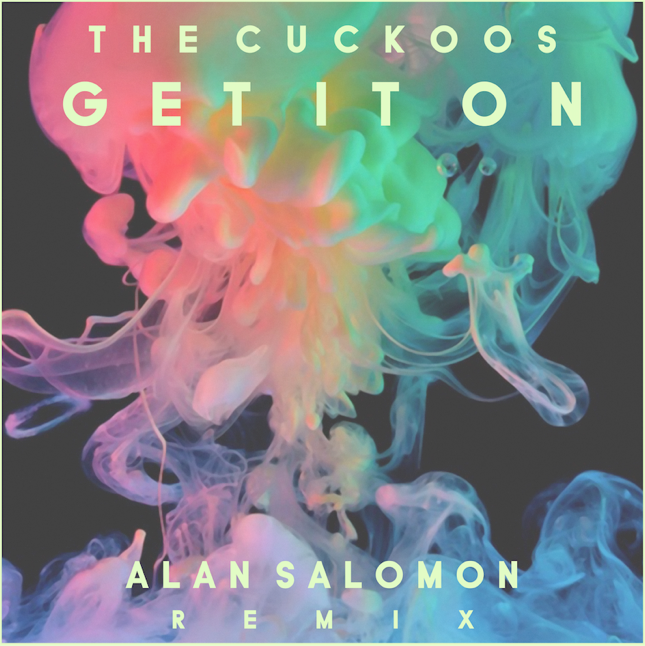 Psychedelic rock band, The Cuckoos, have partnered up with Mexico City-based House Music DJ & producer, Alan Salomon, for a remix of their single, "Get It On". Listen HERE. The reworked version, which premiered yesterday on MDM Electro, combines elements of Chicago house, techno, funk and rock & roll, giving the track a wholly different sound. "Even though I usually produce House Music, my influences have always been bands such as Led Zeppelin, Pink Floyd and Queen," Salomon says regarding his decision to remix the song. "The Cuckoos have a strong resemblance to The Doors in my opinion, which is pretty fucking awesome.Picture this track playing in underground clubs of both scenes, House and Rock & Roll." For more information on The Cuckoos, please visit: http://www.thecuckoosaustin.com/.
The original version of "Get It On" was one of two singles unveiled prior to the official release of The Cuckoos' Relix-featured self-titled debut EP. It premiered earlier this year on Glide Magazine who wrote, "Charismatic lead singer Kenneth Frost definitely brings to mind Jim Morrison, but even with the presence of an organ there is a more modern dance groove happening that makes you want to gyrate." Likewise, follow-up single, "Mind Breakthrough", was featured on Pancakes & Whiskey, who praised the song saying, "Immediately after pressing play we are transported to another time, and possibly another dimension."
Drawing inspiration from vintage pop, psychedelic rock, funk and blues, The Cuckoos have been recognized for their ability to bring back the sounds of the 1960s in their original songs. Classic Rock Magazine christened their psychedelic garage rock "spectacular," declaring the band "hip young dudes who mine the late sixties acid rock scene for inspiration, but sound so authentic you'll think you're having a flashback."
The Cuckoos were formed in 2014 by lead vocalist/keyboardist, Kenneth Frost, and lead guitarist/backing vocalist, Dave North. To flesh out their lineup, North introduced Frost to a pair of his longtime friends, including powerhouse drummer Cole Koenning and bassist Eric Ross. Together, despite their young ages, the four musicians have quickly amassed a body of work that evokes a nostalgic classic-rock sound, yet remains fresh and innovative.
In their short time as a band, The Cuckoos have earned a number of accolades, including #1 Psychedelic Band to See Live byClassic Rock Magazine (Pink Floyd Issue), and #1 Emerging Psychedelic Band by The Deli Austin in 2015. "We just want to make music that makes people feel good and feel bad," Frost explains. "We just want them to feel something; something that's passionate and honest."
For more information please visit:
http://www.thecuckoosaustin.com/
https://www.facebook.com/thecuckoosaustin/
https://twitter.com/TheCuckoosATX
https://instagram.com/thecuckoos
https://soundcloud.com/the-cuckoos
https://soundcloud.com/alansalomon
The Cuckoos EP
1. Get It On
2. Stuck Dreamin' Of The Girl Next Door
3. Mind Breakthrough
4. New Sunrise
5. It's Too Late
6. You're Gonna Work For Us Until The Day You Die
*Digital/CD also includes:
7. Mind Breakthrough (radio edit)
8. New Sunrise (radio edit)
Tour Dates
5/04 - Hole In The Wall - Austin, TX
5/11 - Hole In The Wall - Austin, TX
5/18 - Hole In The Wall - Austin, TX
5/20 - Click's Live - Tyler, TX
5/25 - Hole In The Wall - Austin, TX