Up Close & Personal with Charlie Parker 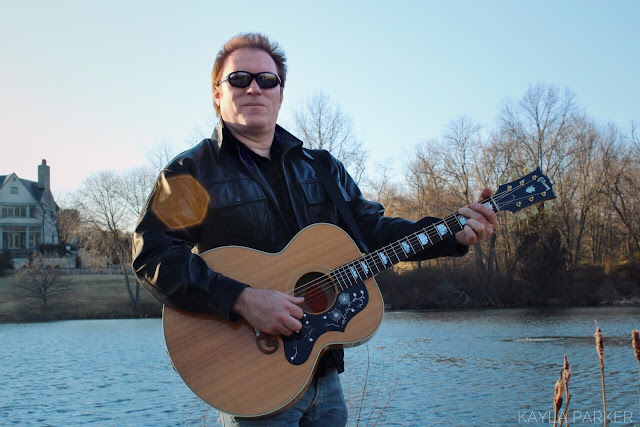 Song River: There is a heartbeat to what you create isn't there Charlie?

Charlie Parker: I think there is whenever you create something . Whether music ,art or even food. You put what you have inside of you and make it come out in your creation. I think the strumming of the acoustic guitar when writing drives the song into what it eventually becomes.

SR: Does life feel like warm sunshine beaming down on your back? It would seem this warmth translates to what you create musically.

Charlie Parker: You have to take advantage of the life you have and try to make the most of it. I try to put real life situations into the music. Whether it be mine or someone else. People relate to the songs in their own way. That's a good thing. So some songs mean things to them and I never meant it to. In my mind they have a totally different meaning.

SR: You have been on the road to music for a good while now. Do you recall that first guitar your mom bought you? Do you still own it?

Charlie Parker: I think she bought it from the local Mall record store. (Sam Goody) I think.  Just a very inexpensive acoustic but it was something to start on. I wish I still had it. The first good guitar I bought I still have. I got it at a used music store. 1981 Gibson Les Paul XR-1. Bought it with my own money (laughed).

SR: When do you find those moments of lyrics/melody come to you most?

Charlie Parker: I have found they come when you are sleeping, ready to fall asleep or just waking up. It's annoying (laughed) because I have to get up and write it down. I will never remember it if I go back to sleep. "Bring Back the Sun " happened that way. I wrote it down, sang it into a recorder and finished it the next day .

SR: What part of the music feels most like you? Is it in the lyrics or in another part of the process?

Charlie Parkerd: I think the whole writing process. I usually sit with an acoustic guitar , strum the chords and come up with a melody that fits. Then turn those humming sounds into words that rhyme.  I think if I forced myself to do it nothing good would come of it. Just gotta let it happen.

SR: Your sound seems to bridge some gaps. Somewhere between pop/indie/and the backroads. Curious do you find yourself gravitating to certain note and chord structures more often than others?

Charlie Parker: I think I just go where the melody takes me. I have heard many bands locally try to force a certain chord structure and it doesn't sound pleasant or natural.  I have always been in the vein of a 70's pop sound.  It's just what comes out. I never intended to sound like anyone. I have played many styles and eras of cover songs over the years and the sound still stays the same.

SR: A debut album must have a bag of mixed emotions come with it. How did you feel about the overall process Charlie of creating 'Bring Back the Sun?'

Charlie Parker: This was a long time coming. The songs were all written at different times over the years. On a musician's salary I could only afford to record once in awhile. So it wasn't a project that was set up to record all at once.  I think overall it came out well. Some songs are not my favorites but the majority are good. These days you don't hear a lot of albums that have many hit songs. Lucky to get one single. I think there are a handful of songs that you could hear on the radio. But I'm biased (laughed).

SR: Where might we find you performing on any given night?

Charlie Parker: I'm in the Baltimore and surrounding area. I play quite a bit. So if you look around you can't miss me. Always check the website and I will be there.

Bring Back the Sun- Charlie Parker