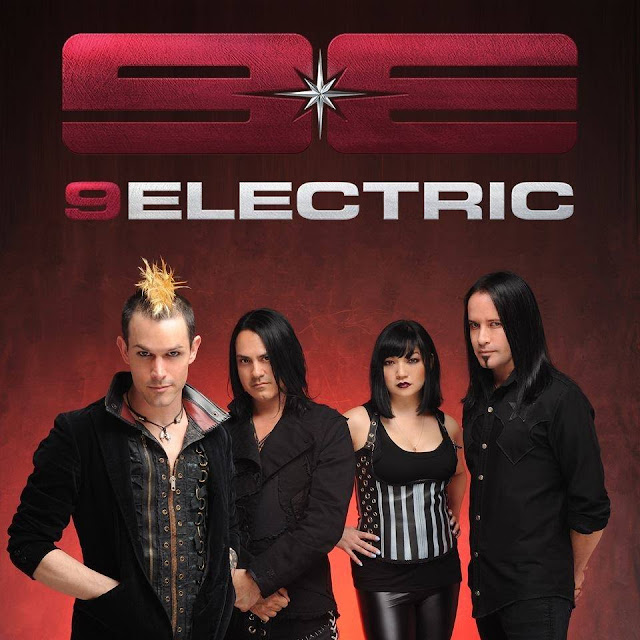 Once again, this redhead with the red camera hit the music scene and checked out a FREE – YES I said FREE concert and I got to try out my new lens I purchased for my birthday gift. Come with me as I take you on my adventure and get to know 9ELECTRIC.
Getting to the venue which is now WASTED GRAIN 4/27/17 (Used to be the OLD Martini Ranch bar). The venue is now more open than it used to be, has one stage instead of 3. I was very pleased with what was done with the new place. Only one large stage to the front that directs your focus there only rather than having 3 stages prior.

On stage about 10pm 9ELECTRIC took the stage and the crowd was cheering for Ron Underwood or how he’s formally known as “Thunderwood” came on stage grabbed his mic and asked “How you doin Phoenix?” Micah Electric grabbed his sticks and sat behind his most awesome light up drum kit. This kit was something to see. Completely decked out in LED lights that changed colors. Mikey Lopez entered the stage along with the new bassist Ginny Eck. This was her 2nd tour stop with 9ELECTRIC and she did not disappoint at all. I wish her the best with her new endeavor with this band. I think she fits very nicely with the other 3 guys.

Ron started out singing songs such as “Time Bomb,” “Goodbye” (Which is my favorite), Along with “Let’s Get Naked,” “Control” and many more from their debut album The Damaged Ones.

9ELECTRIC, I think their name says it all. ELECTRIC! Watching Mikey, and Ron bounce around on the stage doing jump kicks along with some dance moves. Bringing the word ELECTRIC to a whole new level of the meaning. Ron even jumped off the stage and got into the crowd and started giving high fives to everyone and had total interaction with the fans. When you go to a show, we all have high expectations of what the band will sound like and maybe give you a high five or get in the crowd. There have been a lot of bands that just get up on stage and sing, No interaction, and no passion it seems. Just there to be on stage. I can tell you this, When 9ELECTRIC is on the stage, you will get everything you wanted and more.

Their followers knew every lyric it seemed that rolled off Ron’s tongue. I am in that group because I know the words to “GOODBYE”. I was very excited myself to hear that played live and yes, I’ll admit it wasn’t easy to do photos of the band when I am sitting there singing with them. It’s what I do. Rock with the fans, and the band.

After the set, Micah ran the merchandise booth, signing autographs, along with the other band mates as they all mingled with the audience taking selfies together, introducing themselves to new fans who never heard of them but liked their sound when they came into WASTED GRAIN. It was getting late and I asked the group for a group photo on stage under their banner. The faces, the horns thrown, smiles, laughs, everything was just a blast. This is a great band, with a lot of heart, passion and fan love. It shows, and that’s what we need more of. Bands willing to step out of their norm, and actually embrace the fans because without them, there would be No more concerts, No more love for the music scene and that is why bands need to start to embrace their fan base more and interact with them.

Check out on YouTube 9ELECTRIC’s official video for “GOODBYE”, and their newest album THE DAMAGED ONES on Spotify, Apple Music, Amazon.com-Music.

As a fellow industrial electronicore follower, this band does not conform to the normal rigmarole, they’re catchy, fresh, and very clear on the vocals end along with programing. I can promise once you start listening to them, they will be added to your industrial collection. 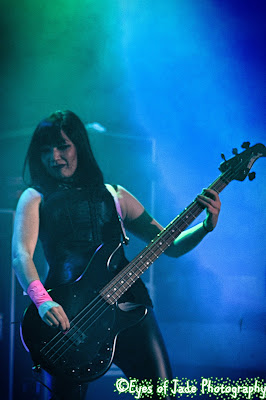 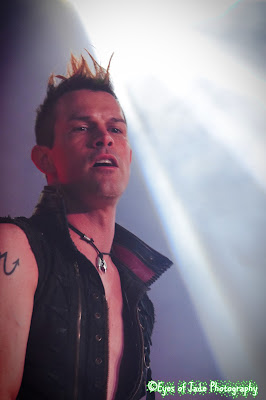 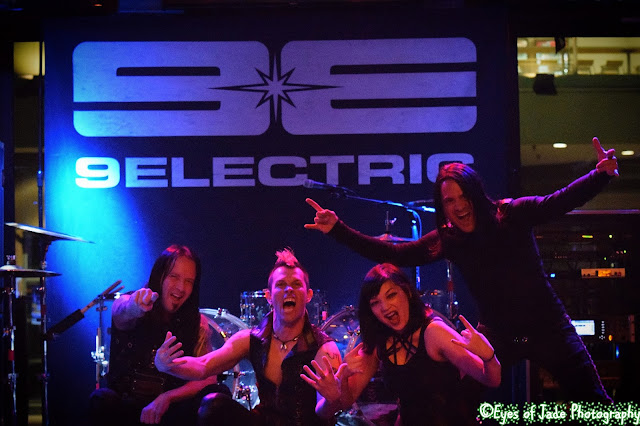 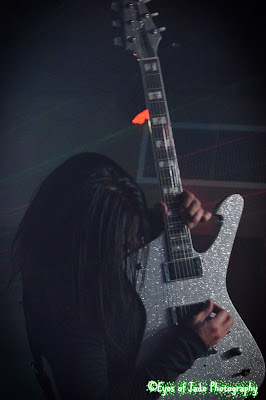 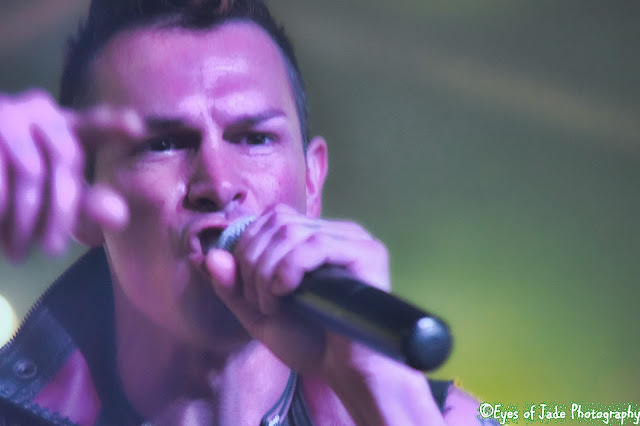 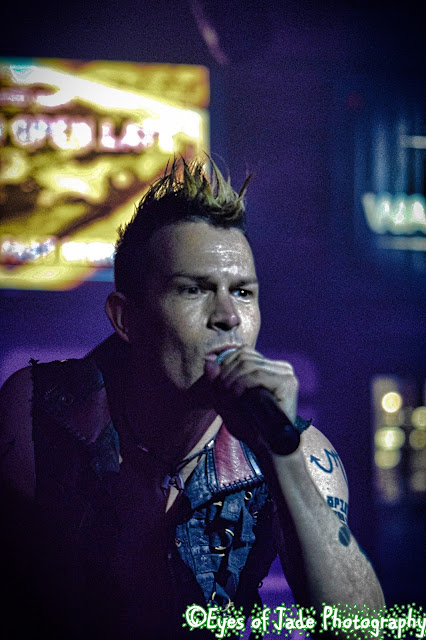 Alright my industrial feeding frenzy metal dolls I am off for the next rendezvous – Catch me every Wednesday as I take you along with me to my metal shows, album reviews and interviews. Keep rocking, throw those horns up in the air and keep the love of music alive.

Until then,
Teri (The redhead with the red camera)
Eyes Of Jade Photography
Contributing writer/photographer for Wicked Wednesday
Bangs Music & Entertainment Magazine.