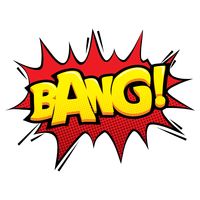 1. I took piano lessons for 5 years when I was in grade school.

3. One thing I really can’t stand is people that hide behind a keyboard and spew hatred and other crap when they are online. Those kinds of people are very weak and really should work on trying to become better human beings.

4. I was a drummer during my high school years.

5. I loved Green Eggs and Ham. The book that is. I was really into books when I was a kid. As I started getting more heavily into music, books started to take a back seat. Rock mags though, that was a different story.

Five Of My Favourite Albums

1. Alter Bridge- Any of them! But top two are The Last Hero and Blackbird (Can’t pick just one)
2. Godsmack- Faceless
3. Def Leopard- Pyromania
4. Metallica- Kill ‘Em All
5. Iron Maiden- Live After Death 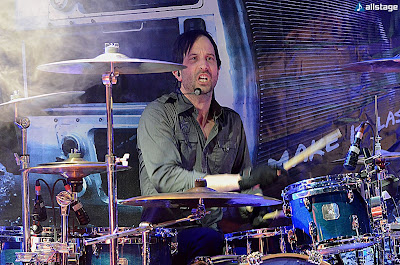 1. I played in a Country band with my Mom, Dad and Brother for 5 years. Band name was Family Tradition (Hank Williams). I started at age 15, so I had to sit on the stage which was considered to be unlicensed. It wasn’t my favourite music, but I got paid well.

2. I love my Stella Artois. I’m also a huge Red wine connoisseur. Spanish wine is my fav.
Tempranillo grape from the most sought after wine region of Spain, Ribera Del Duero. It’s on my bucket list. I have a Maynard James Keenan signed bottle of his Caduceus wine from the dessert. Nagual Del Judith 2008. It was yummy.

3. Pet Peeve, living in the city, red lights that change when no cars are waiting to enter the
intersection. Also…. Bad Drivers LOL!!!

5. I consider myself to be very fortunate, in that my parents played music. I was definitely
influenced by the fact that my parents house was were they rehearsed. It’s hard to imagine what
I’d be doing without a guitar in my life. 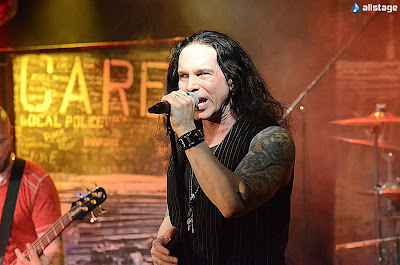 1. I decided to take up drums when one day my next door neighbour, who was a drummer, told me that he was thinking about selling his drum kit.  I asked him how much he would want for the kit, and after several moments of deliberation and contemplation he replied “sixty bucks”.   When he brought the four piece Coronets over the next day, I paid him the sixty dollars, he gave me a quick ten-minute lesson, and I took it from there.

2. I was at a party once and let someone pierce my nose with an ear piercing gun.
3. I’ve been trying to read classic authors like Dickens and Hemingway lately.  My favourite book so far is Catcher in the Rye.

4. Something that irritates me, and is becoming more and more prevalent lately, are people who denounce the evils of capitalism and free markets, while oblivious to the irony of doing so through tweets on their iPhones from inside Starbucks.

5. My favourite city to visit is New York, followed by New Orleans in close second place. 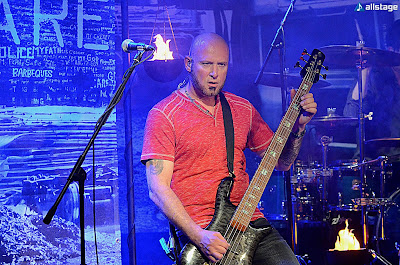 Five Of My Favourite Albums (in no particular order)

Five Facts About Reagan
1. I play Bass in Abandoned Souls, but my main instrument is actually Guitar.
2. I listen to and enjoy music from many different genres.
3. I’m a superfan of Star Wars and sci-fi. My favourites seem to find their way onto my skin in the form of tattoos.
4. I have worked in IT as a Web Developer.
5. The morning after an all-night party in New York, I returned to my hotel believing that my room had been robbed (when my belongings were actually in another room). Security was called, and then found myself in an elevator with Larry David (co-creator of Seinfeld). As excited as I was to offer the previous night's events as an idea for Mr. David's "new" TV show, I was in no condition to properly speak in a distinguishable manner, prompting Mr. David to exit the elevator immediately.Five Favourite Albums (currently and in no particular order)
1. Twenty One Pilots- Blurryface2. Dierks Bentley- Black3. Bring Me The Horizon- That's The Spirit4. Dark New Day- Twelve Year Silence5. Dallas Smith- Lifted 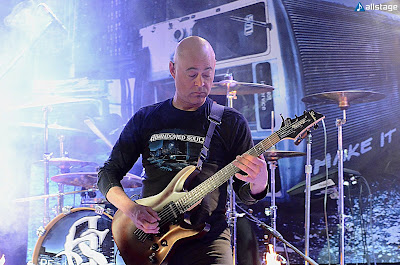