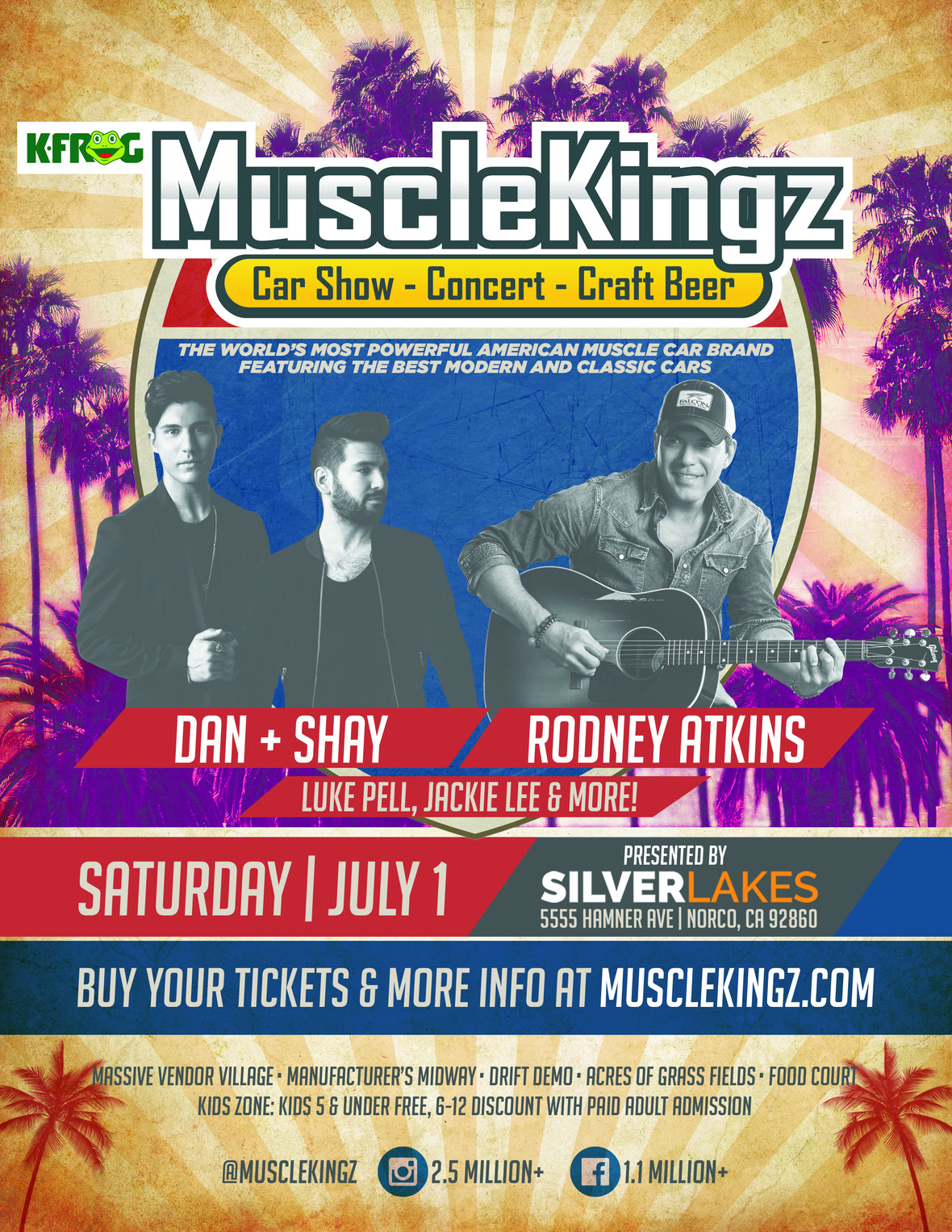 MuscleKingz, the world's most powerful American muscle car brand, has announced details for its monumental car show, concert and craft beer festival, which will descend upon SilverLakes in Norco, CA on Saturday, July 1. Tickets are on sale now at www.MuscleKingz.com.


Presented by K-FROG and SilverLakes, and headlined by Platinum-selling country duo Dan + Shay and country radio staple Rodney Atkins, also featuring former Bachelorette contestant and rising country star Luke Pell, up and comer Jackie Lee and more. Additional information at www.MuscleKingz.com.
Additionally, the unforgettable day-long, family-friendly event will incorporate a MuscleKingz car show displaying some of the fiercest American muscle cars on the planet (both classic and modified modern from 1960-2018), and for those 21+, a world class craft beer tasting, featuring pours from a variety of esteemed local craft breweries.
Dan Smyers of Dan + Shay, says “There’s nothing better than hearing our fans sing our songs back to us at a show, hitting every word and every note, and we can't wait to share that experience with our fans in Southern California!"
RJ Brandes, President, SilverLakes adds, “We are excited to partner with MuscleKingz on this unique event and look forward to welcoming the community to our venue for a day of music, cars, and fun for the entire family.”
Car buffs, gearheads, country music fans and beer lovers alike will be able to spend the day roaming through a massive vendor village, a manufacturers midway, a drift demo, food court and fun-filled Kid Zone.


Event producer John Oakes of Freeze Management, says, “We’ve got a perfect combination of amazing cars, great music and the tasty craft beers. I can’t think of a better way to spend a summer day than with Muscle Kingz, Dan + Shay, Rodney Atkins and our friends at K-Frog and SilverLakes!”
Register your car now and buy your tickets at www.MuscleKingz.com.
california MuscileKingz Car Show Norco