Song River: Do you feel music, in general, has rules or more like guidelines?

Nature G of TENGGER CAVALRY: I think it def has ruled in terms of composition and mixing but it is very tricky because it also depends on what do I feel or what I want to say. I would say guideline is more appropriate I think.

Song River: Talk to me about the production on your last album. Who produced it?

Nature G of TENGGER CAVALRY: It was done after our 2016 USA October tour. I was fully in charge of mixing and production parts. It was creative as I produced it in a way that encouraged me to think outside of the box and try to make traditional folk instruments sound different, with weird effects and mixing technique. Recording wise, I recorded all the instruments. Tons of work but worth it.

Song River: How do you go about working on your music?

Nature G of TENGGER CAVALRY: Hmm it depends. I try to work on new stuff every month. But I also try not to work too often as it might kill creative motives. I rather let it accumulate a bit sometimes.

Song River: What is the band’s philosophy/Motto?

Song River: What is it you want your music to say to the world?

Nature G of TENGGER CAVALRY: That we all connected through the love of music, and we were all from nomadic tribes once, so we need to embrace the roots and unite as one race.

Song River: What was the last song you listened to before this interview?

Song River: When was the last you put your foot in your mouth? How were you able to recover?

Nature G of TENGGER CAVALRY: (Laughed) Never did it once!

Song River: What's the most embarrassing band you listen to?

Nature G of TENGGER CAVALRY: I don't think there is one for me. I like all kinds of genres, even pop and they are all talented musicians.

Song River: Why should people experience your music?

Song River: You get to have an audience of fans undivided attention on for ten minutes. What would you tell them or sing to them?

Nature G of TENGGER CAVALRY I would do a solo throat singing improvisation for them (laughed.)

Song River: If you had to have an album or albums with you and they were to be the only music from now to eternity...
would what they be?

Nature G of TENGGER CAVALRY: Slipknot, Iowa. Violent and brutal and I love it.

Song River: If you could ask yourself one question what would it be?

Nature G of TENGGER CAVALRY: Not sure....

Song River: What are some of the unwritten rules of tours, performing, recording, living a band life?

Nature G of TENGGER CAVALRY: Hmmm. Probably that having a good and positive mentality and also stay strong for your dream when there are conflicts.

Facts about the band members:

Describe your music: Tengger Cavalry music is full of warrior spirit, and it is crucial to experience that as individual rather than just sitting there thinking about what it might be like to write a song about fighting or never giving up. Boxing really taught me how to keep going, challenge yourself and keep on fighting, which is huge part of TC musical theme. 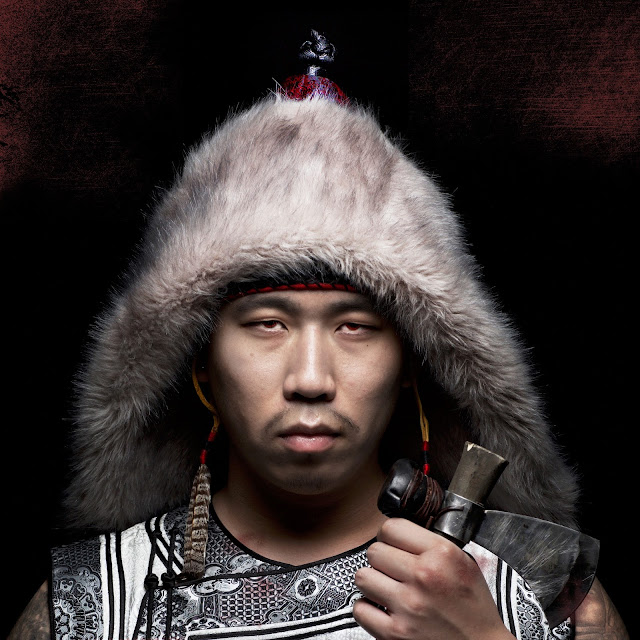