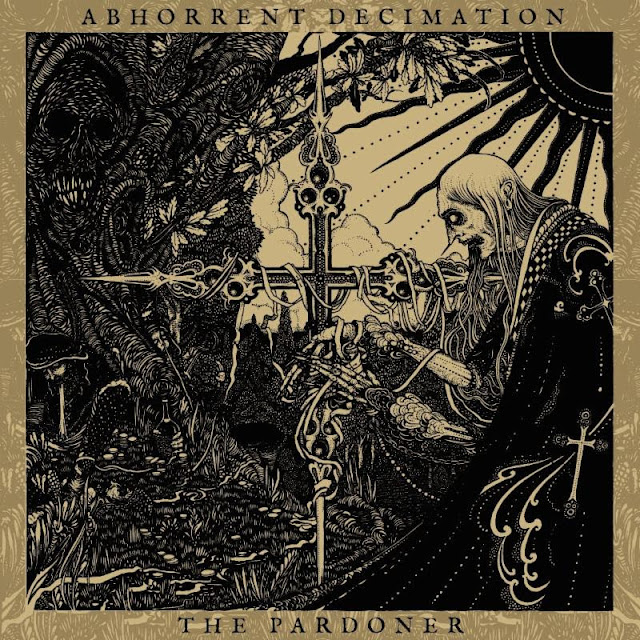 The Pardoner was recorded, mixed and mastered by bassist David Archer at Audio Empire. The intricate artwork for The Pardoner was created by German illustrator Karmazid, based on a visual concept by Vocalist Ashley Scott.

"The Pardoner," is an in depth conceptual exploration.  Taken from the English poet Geoffrey Chaucer's most depraved and deceitful character from The Canterbury Tales. "The Pardoner" is a religious fraud and hypocrite who preaches against the love of greed, yet whose own love of wealth enabled him to profit off the sins of others. He claimed to work on behalf of the clergy, selling spiritual forgiveness for one's sins in the form of his pardons, which included forged "official letters" from high ranking church officials absolving one of their sins and bones and crystals blessed with healing powers. This album definitely brings this all together.