Less than 2 months after the release of their second studio album, Royal Blood wasted no time in getting their newest material to their rabid fans, hitting the road on a US tour that started early June and runs through mid-August. Hitting up most of the major US festivals, they have been popping in and out of outlying cities in between doing headlining shows that have been packed to capacity. Cincinnati was on the way to two shows at Chicago’s music mega-festival, Lollapalooza where they played an aftershow at Lincoln Hall, which was -(interestingly)-  the night before their main stage appearance.

The new album has seen much success on the rock charts in the US and abroad. The unique space that Royal Blood fills in the rock music scene is a special formula that is the result of the chemistry and creative interplay between the two artists. It’s a symbiosis that has served them well on their debut album, “Out of The Black" and now on “How Did We Get So Dark?” Not sitting on their laurels (but getting some much-needed rest), the two conceived to entertain other elements, pushing their signature sound on this new album, stretching the limits of their own prowess, with a resolute to create an ardent set of tracks they would feel gratified with and go to new places.


The result is a set of intoxicating tracks that poke at the wounds, regrets, and misfortunes of relationships, with massive low-frequency riffs, swinging R&B groove, and unexpected rhythmic changes. Kerr also added to the dynamic by injecting more keyboards, which personally, I enjoyed, as well as Kerr’s own layered vocal harmonies.  Thatcher attacks and withdraws in a controlled drum style that punctuates each track, defining and yielding to Kerr’s lamentations. Then there is push and pull – on songs like "She’s Creeping," "Hole in Your Heart" and the lead single, “How Did We Get So Dark?" --- diving in and out of big fat bass lines with intention. The album is indeed dark, dauntless and unconventional --- you wouldn’t expect any different from these two, right?

Refreshing to this album is more vocal driven songs, allowing Kerr to show more of his vocal range with several falsettos that play perfectly into the tormented lyrics.  Don’t worry though, Kerr isn’t turning into a pop crooner anytime soon. There are plenty of raucous, angsty wails and howls to drive the point home. It does make me wonder how a few of these tracks might sound broken down and unplugged, like the unsettling and haunting, ‘Sleep.’

The new songs translated well live, and it didn’t take long for the crowd to be whipped into a fury with songs from their first album intertwined with the new tracks. With two albums to play from, the band treated the audience to pretty much the whole enchilada ---   1 hour and 15 minutes of some of the freshest hard rock to fill their tummies.

Royal Blood was hand- picked by Queens of the Stone Age to open for a bunch of dates on their Fall Tour of their soon to be released Villains album, due out on August 25th. Check out their remaining US dates below (some are SOLD OUT already).

You can find all things Royal Blood at www.royalblood.com including their newly released album which is available on all the usual suspects - iTunes, Spotify, Amazon, and Spotify. 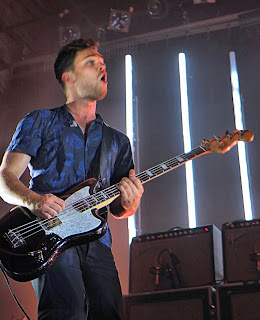 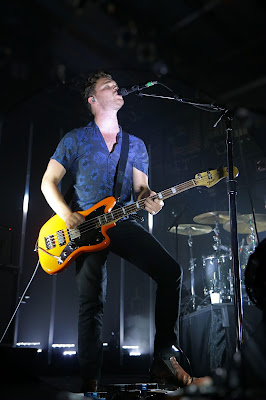 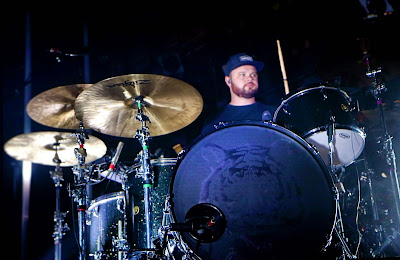 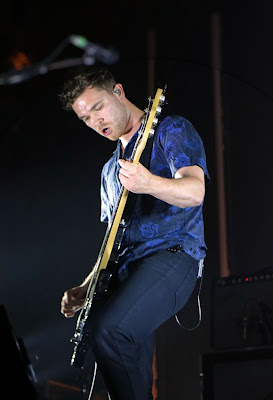 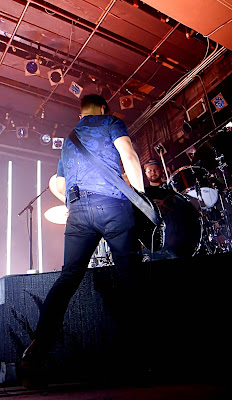