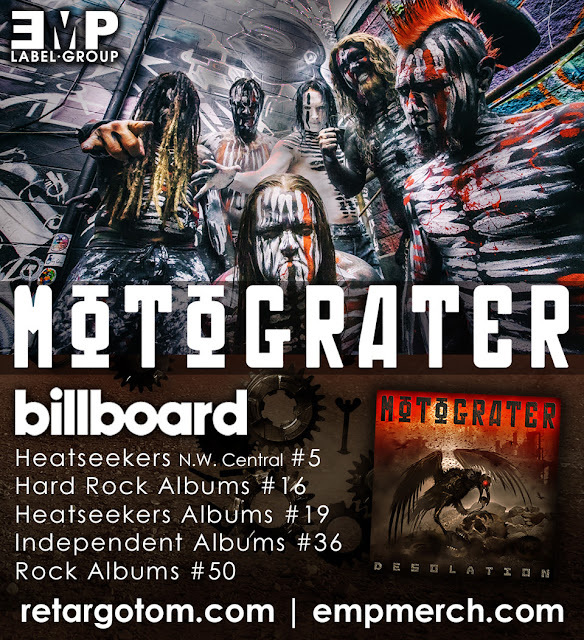 'Desolation' is available in select stores, online, and at www.empmerch.com
‘Desolation’ Tracklist:
Motograter have released the official music video for their latest single "Dorian" directed and produced by Christopher Davis (Human Twelve) who has also produced videos for bands like Dope and Angelspit. The track is taken from their sophomore album 'Desolation' released on Friday, August 11th, 2017 via EMP Label Group. "Dorian" has been continuously moving up the Billboard Mainstream Rock Indicator Chart, reaching #24 this week.
The official music video for "Dorian" can be viewed here: http://loudwire.com/motograter-dorian-exclusive-video-premiere-interview/
More at: www.emplabelgroup.com
www.retargotom.com