It’s easy today to bemoan the loss of old-fashioned, straight-ahead rock and roll, but one only listen to Boston’s Long Time to realize that there are still bands out there using the foundry of classic rock to build a powerful sound that acknowledges the past yet still forges full bore into the future. Leave it to the power trio to play a role in retaining a modern classic-rock vibe, mixing facets of blues with hard rock and modern genres such as grimy grunge and even elements of pop rock, all while creating a distinctly modern sound. This is the type of music that taps into your inner mojo, making you want to move and bang your head at the same time.

Never Alone, slated for release October 13 courtesy of Medical Records, is a powerhouse journey with an interweaving theme that we are never alone. Understanding this means that each of us must be ready to commit to something, anything, without reservation or doubt. This message is punctuated first and foremost in the music, which reverberates from start to finish.

As with most power trios, the rhythm section is critical to its success. Drummer Andrew Nault and bassist Colin Dinnie are the essence of this band’s groove, setting down warm and catchy rhythms upon which guitarist/vocalist Thomas John Cadrin builds his stellar guitar riffs and moody vocals. The band is founded upon the blues and folk music, although these genres take a backdrop to the band’s upfront sound, which combines facets of classic rock with the modern vibes of grunge and even pop rock. The end result is moody, beautiful, and accessible.


The opening track, “River,” uses rhythmic guitar throbbing to deliver poetic verses, which are disrupted with edgier choruses punctuated by the band’s rhythm section. It is an ideal vibe, down to dreamy lyrics inspired by none other than Joseph Conrad. This same sound continues with the sanguine “Spoken Ghost,” with the rhythm section really strutting its stuff while Cadrin sets off several killer guitar solos. “Hostage” tears it up with some slamming hard rock with an infectious guitar riff, “Silence” showcases the power ballad with minimal aplomb, “Shadows” injects its hard-rock charge with a sense of groove, and “Separation Situation” serves as a pensive, dreamy piece that sounds great either during a thunderstorm or late at night. “Chosen Decision” is a similar track, and it would have been better to have moved it, as the similar sound makes for an extensive section that contrasts much of what has come before, although the track itself in isolation is amazing. The closer, “Windows,” is pure grime, its heaviness punctuated by Cardin’s crusty vocals and heavy-laden guitar. The track is slow but not easy, with Nault’s drumming keeping things leaden.

As more and more young listeners rediscover the killer sounds of classic rock, bands such as Long Time will be there as standard-bearers, ensuring that the sounds of the past are given a modern touch. Long Time will appeal to anyone who has a thing for the classic and the modern—this is the state of current rock, and its state is damn good. 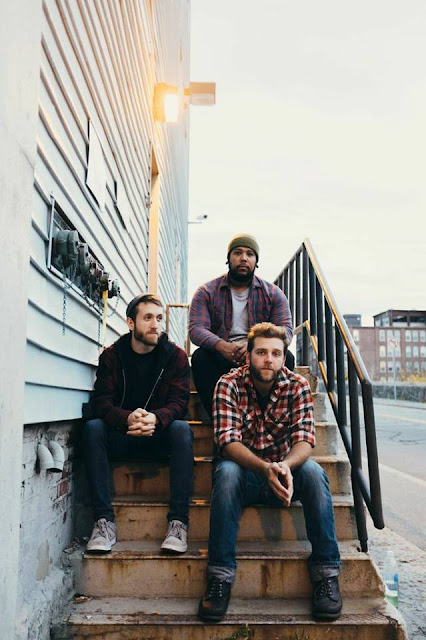