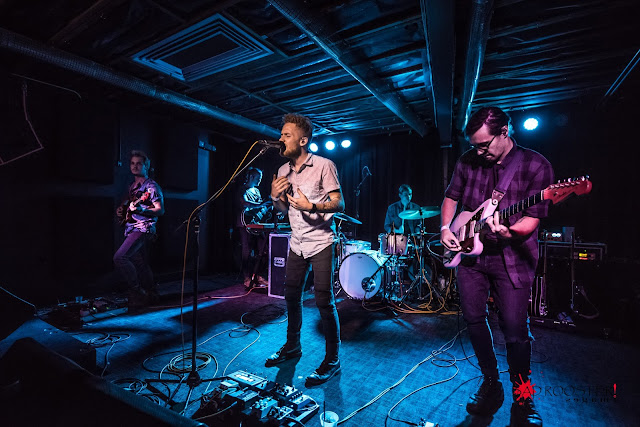 Taylor Phelan Season 7 (2014) contestant of The Voice was a four chair turn with his audition reaching 6.5 million views on YOUTUBE and well deserved. The show has given Taylor Phelan the much needed launch to his career. Since The Voice he has released Harvest The Moon in 2015 and Monsters in 2016, his music is labeled as Indie Rock and is supported by Native Nine Records. 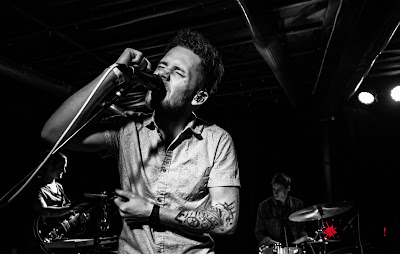 Looking back at his time on The Voice he had a clean cut look, today he is sporting a little edgier look with a not so boy next door image. So where is he now? 2017, He’s on tour and made a stop at The Rebel Lounge in Phoenix. Geared with a band of 4 musicians, Taylor Phelan jumps right in on vocals dawning multiple guitars throughout his set. The singer-songwriter looked as if he was having a good time on stage, dancing around and moving as if had played that stage before. Grasping the mic, eyes shut while singing, the passion was displayed across his face.

The Texas native shows no sign of the traditional twang or country stylings that at times lingers on the side lines, he had a clean crisp sound with control. There is no doubt he can sing and his voice lends to a great date-night soundtrack. If you’re looking for gym blood pumping quality this is not it, this may be the after gym cool down and the start to the heat up for what  will set the mood for a night out with a glass of wine and candle ambiance. The band guitarist does elevate the music with solos through various songs and is a real treat. I did not catch his name as Taylor did not introduce his band in which this may have just been the case of first time touring nerves and nothing more. Taylor did give the band kudos for their support and talent to which he stated he “couldn’t do it without them”.  So much information out on the internet led me to uncover the names of the talented musicians on stage with Taylor; Taylor Phelan - Vocals & Guitar,
Josh Svorinic – Guitar, Micah Garman - Guitar, Keys, Bass, Conner Giles - Bass, Keys, Guitar, Cello. 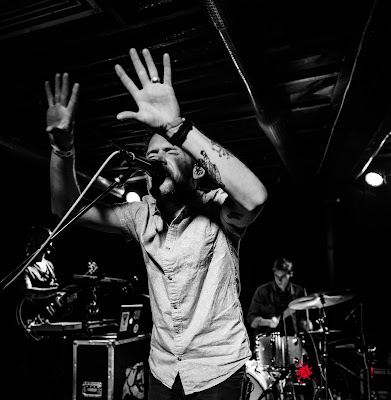 Many times when checking out music I am asked  “who do they sound like?” I checked out Taylor Phelan’s Band Facebook page and listed are the music likings of ; The Killers, Mutemath, John Mayer, Bryan and Katie Torwalt, Chris Thile, Phoenix, Twin Shadows, Switchfoot, David Ramirez, Frightened Rabbit, Bruce Hornsby, Ben Howard.

For sure could hear a little bit of David Ramirez, Chris Thile minus the mandolin and The Neighborhood. Overall  I look forward to catching Taylor and the band again they seemed to be down to earth and personable. 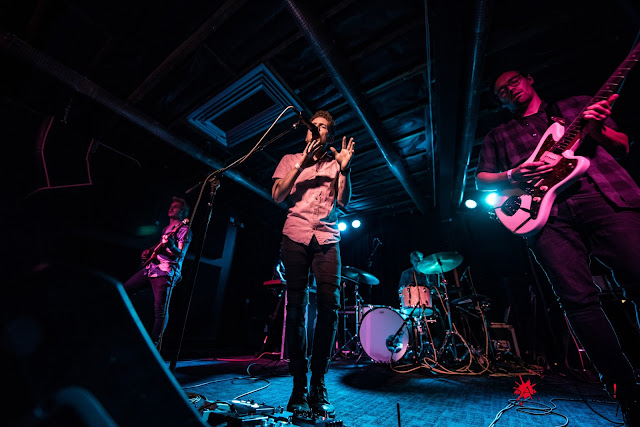