EP Review: I, The Dreamer


Formed in Birmingham, UK, I, The Dreamer play modern post-hardcore, a sound refined since hitting the scene in 2016 with their debut single, titled “Battle Scars.” The band’s new EP, titled Shadow Hearts, consists of five solid tracks that show the band retaining its base post-hardcore sound, one with a mix of sweeping harmonies punctuated by heavier, distinctly hardcore sounds.

The EP opens with “Rise,” and immediately the sound strikes hard. Guitarists Jack and Simon set down some modern six-string flairs with a decidedly high-pitched sting contrasted by Alex’s rough-edge vocals, which are soon punctuated by Jack’s vocals. The switch in vocals happens only seconds into the song, with both vocalists going from harsh and abrasive to softened croons. The same is true with the guitars, with one setting down a punk-like riff while the other weaves around it a softened melody. The undercurrent of turbulence gives this track its power, with the lyrics giving an undercurrent of melancholy.

“Echoes” is up next, and this time the band softens its approach. Both vocalists channel angst into their performances while the guitars follow suite, giving this track a distinctly modern vibe. Drummer Toby switches his heavy percussion for most of the track, although his stick-work retains that 1950s vibe, particularly when one of the vocalists uses his scream. More conventional than the previous “Rise,” “Echoes” is nevertheless a solid track.

Starting off with Alex screaming his lung out, “Fearless” returns to the sound established with “Rise,” but this time the band slows down and lets the music breathe while the vocalists weave their tale of woe. Bassist James stands out on this track, his undercurrent furthered by some good drum-work (James also contributes vocals to the songs). Both guitars are restrained, with one of them shadowing the bass licks, giving this track a bottom-heavy sound contrasted by the vocal performances.

A song crafted upon the sound of “Echoes,” “The Black and White of Sleepless Nights” brings with it a distinctly modern pop sound, complete with some subtle electronic effects. There are some remnant screams, but the overall approach is one of melody, although drummer Toby continues to push the pace with his rhythms.

The closer, “A Dangerous Thing,” starts off with a compelling guitar riff and some harsh vocals that soon soften. The drums are right up front, with the guitars engulfing the sound from around, giving the track a frenetic pace. The exchange between the heavy and the soft works really well here, and the band fires on all cylinders from start to finish. The lyrics here also sound more polished, with the cadence well-established and the exchange between the conventional vocals and the screamed utterances balanced well.

Influenced by bands such and Sleeping with Sirens, Mallory Knox, and Mice and Men, I, The Dreamer have established themselvesself as a vanguard band, one that celebrates the post-hardcore approach by still finding ways to experiment with their sound. Fans of post-hardcore will appreciate how the band hearkens to the past but paves the way for the genre. Order it via Apple Music or Amazon (Standby Records). 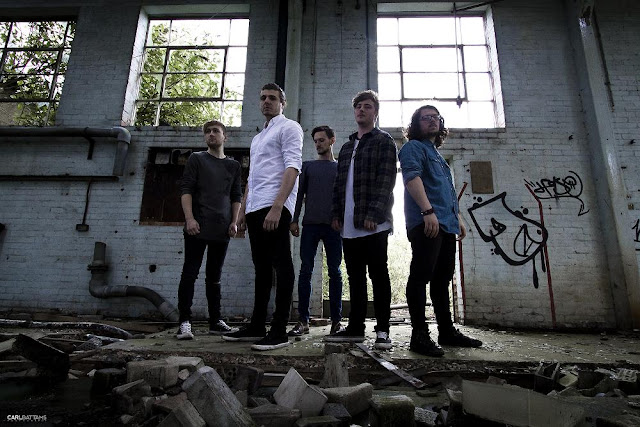