Album Review: ‘The Rise and Fall of Babylon’ Disciples of Babylon 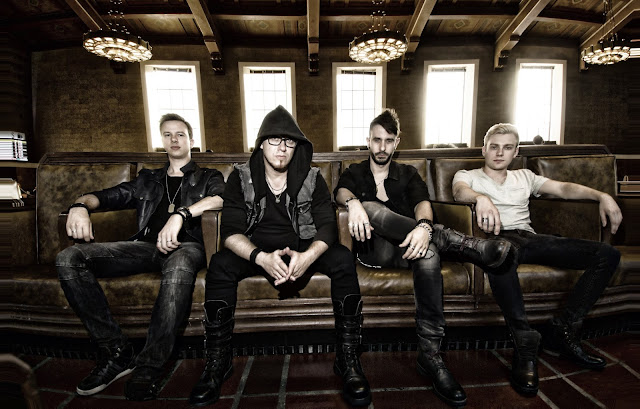 
I was offered to listen to a couple of songs from the newly released ‘The Rise and Fall of Babylon’, Produced by the Grammy award winning Andre Torres. Andre is no stranger to DOB as he has guided the reins on their prior albums since 2015. Upon listening to their song “Freedom” I was immediately able to identify their familiar tones of bands like  The Foo Fighters, U2, and a dash of Adelitas Way mixed in.


Lead Vocalist Eric Knight seems to send messages through his lyrical twists and turns. Some of which I am confused by, As it does appear to be anti government. This is what I was able to distinguish when listening to their prior youtube videos along with watching their video The Rise and Fall of Babylon.  As Lead Vocalist Eric Knight states, “ "These are precarious times we live in, The Rise and Fall of Babylon signifies something that I feel has been a long time coming,”  "Babylon, meaning our country (the USA) is slowly spinning out of control and entering into vast turmoil, I feel we are at the beginnings of a revolution one of which the likes we've never seen before. As a nation, we are no longer viewed in the regard we once were. The title reflects this shift and quite possibly a prelude of what's to come." I am curious on what “spinning out of control” is referring to exactly.


DOB has been around since 2012, with the chain of command starting with Eric Knight as Lead Vocals, Ramon Blanco Lead Guitarist, Gui Bodi Bass Guitar and Backing Vox, and Chris Toeller on Percussion. Their sound is solid, boldness to the point of where I questioned what would this foursome have left and then they surprised me with “Without You”. It’s punchy, mixed with chompy vocals that are as crisp as they come.
Harder hitting to mellow haunting tones of their guitarist Ramon Blanco, It was very impressive how this song is an earwig.


Disciples of Babylon have toured extensively through the U.S. and abroad, along with such tours as Van’s Warped, and opening for such acts as Adelita’s Way, Kiss, Aerosmith just to name a few. Such talent lies with this group as all members had prior experience with music along with being in other bands. This is what appears to be beneficial to DOB as they are no stranger to the pressures of being on tour, in the studio and rehearsal.


I suggest putting DOB on your channel and give them a spin. I give this band a 4 out of 5 stars for talent, crispness, edginess, and all around great sound.  Grab this new album as well.