Concert Review: The Hellacious Deliciousness of the GLAM SKANKS! 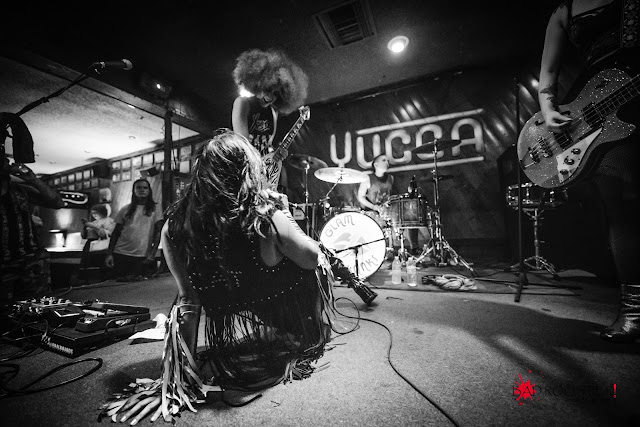 Glam Skanks graced the stage at the Yucca Tap Room, Bedazzled together in 2013 and sparkling from Hollywood, California. The band does its due diligence of taking you back to the 70’s with their roller rink, vibrant look; Streamer wristbands, go-go boots, fishnet stockings and color infused hair. The band is made up of four rocker chicks; Ali Cat – Vocals, Veronica Volume- Guitar, Millie- Bass and Cassie behind the drums. The Glam Skanks are a group of rocker chicks very reminiscent of the Runaways.

The Glam Skanks for certain have an empowering charisma with their musical talents and stage presence; they have been on tour with Adam Ant (80’ Singer).

I have never seen one singer dance so much in a small space as Ali Cat (Ali Torres) does. Where she finds the energy to keep up the moves and sing is unbelievable. Veronica and Millie on the bass and guitar led the way around the rink just as one song ended they were quick to roll into the next. 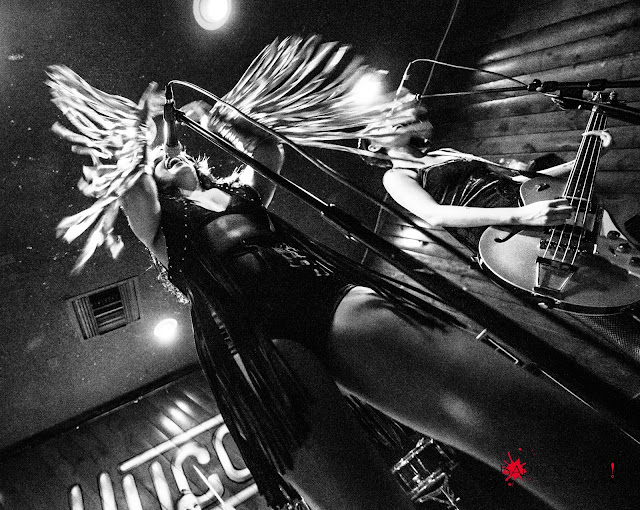 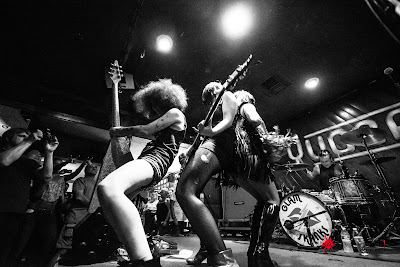 They played songs from the debut album of GLITTER CITY and samely named GLAM SKANKS; Bad Bitch, Fuck Off, G.L.A.M, Roxy Roller, Miss Androgynous and a cover of the Jefferson  Airplane-Somebody to Love. 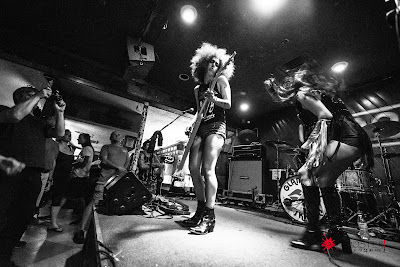 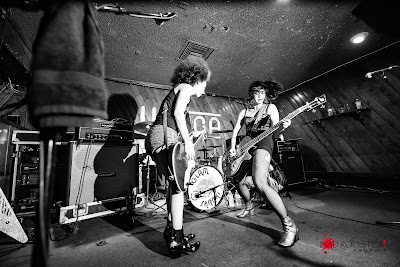 They did deliver a powerful rendition of the Jefferson Airplane cover making it their own. Well done ladies! 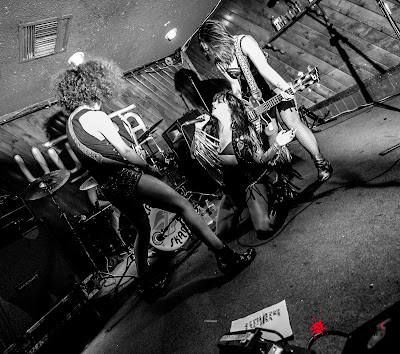 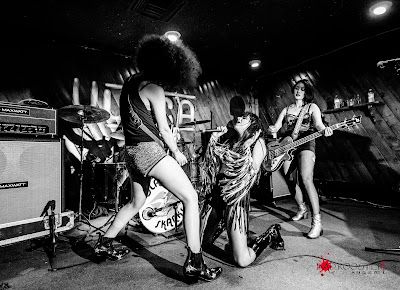 Just the titles of the songs should be enough to make you think twice about messing with these chicks. They own the stage and create a platform for true empowerment of what it is to be a strong and vibrant. Their lyrics are for many in the crowd and for those that want to be. 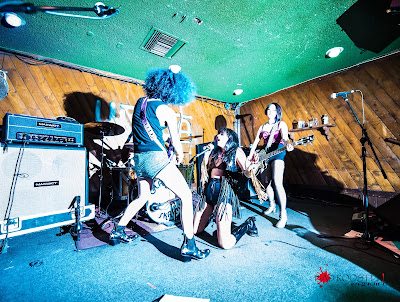 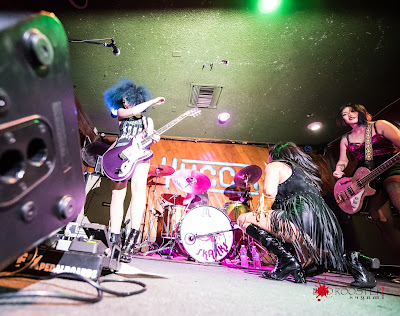 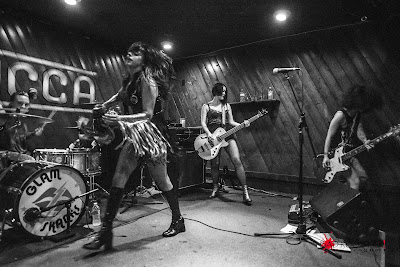 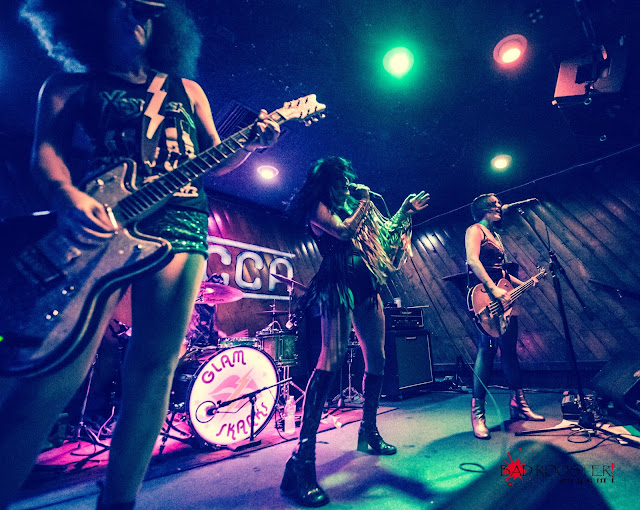 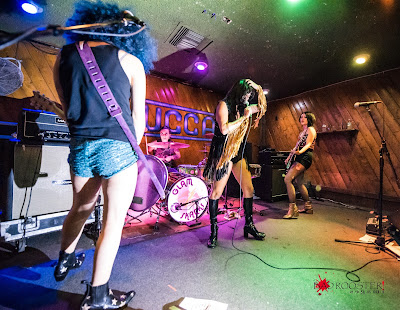 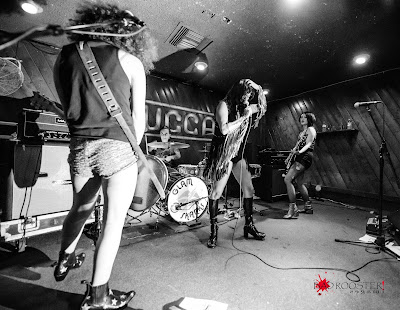 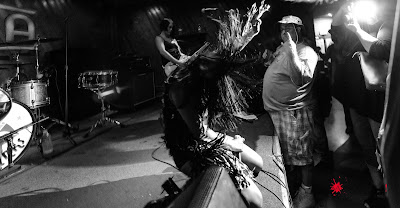