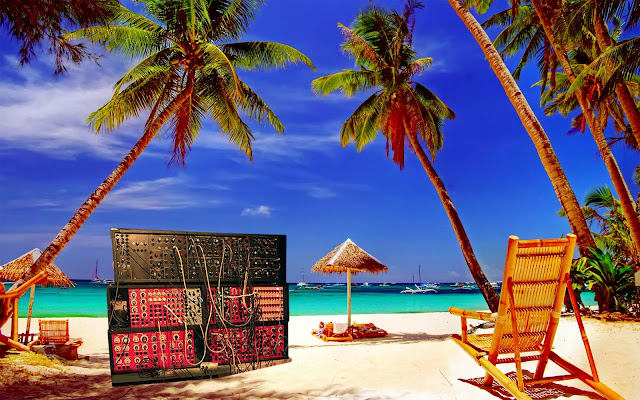 A taste of inter-continental buffet leaves you gorging on exquisite music as Frozen Nation lays its full setting completely.

Frozen Nation are from Brussels and into the world of shoegazing sub-cultural electro pulsating pop they are a breath of divine club motion. The emotive blends of Depeche Mode, early Smiths, and the classic dazzle of Bryan Ferry move this album and work. This is a carnival fleshy show with bits of songs that delicately and sexually please the ear. Frozen Nation sends waves over your body and escalates the wanton flesh to climax in each song. Absolutely delicious.

Song River: Talk a little bit about your music. Why is it your felt most comfortable in the type/style of music you create and produce?

Frozen Nation: We have little choice choice: D&D produce disco songs, Moss sings them with his dark low voice, so we were meant to create “Dark Belgian Disco”. The beat is important, the music must be danceable, we like to mix real drums with drum machines and percussion’s. We also work a lot with Elvis the modular synthesizer, it’s a kind of constraint because you can’t have any presets and it’s a lot of work to get the right sound coming from it, but its analog power is rewarding and constraints are good for creativity; during the last minutes of the album production we realized there was no modular synth on one of the tracks, “The Last Fight Of Hector,” so we switched on Elvis, waited few minutes to let his VCOs warm up and we added a coda with random noises.

SR: An artist wants their music to make their fans 'feel.'  When the lyrics, melody and parts are being worked through what tells you as an artist- this is it?

Frozen Nation: I guess we must often say “this isn’t it” before saying “this is it”, and sometimes you think it’s good and when you listen the day after you just say “what is this piece of shit?” Every step of the creative process requires effort, but sometimes it can be very quick. The making of the title track “Dark Belgian Disco” was quite quick and the 1st mix was the good one, at the opposite end was the song “Do You Like The New Gods?” which took more than 20 versions before getting the right one, we tried many kinds of beats, real drums, no real drums, loops, no loops, many guitar parts, always trying new arrangements, never satisfied; in the end we finished with a mix of drums, percussion, loops and some guests came to sing, it’s patchwork of very different elements--a big mess like the Rolling Stones used to do--and now we like it a lot.

Frozen Nation: Even if we have many different influences our music is definitely related to movements like futurepop, darkwave and so on, the great artists from these communities like Wolfsheim, And One, The Frozen Autumn, Covenant, and many others write amazing songs and they must for sure also have a broad range of influences, but the audience can sometimes be a bit dogmatic. So we like to bring a pinch of provocation with our disco touch, we even cover on stage some dance or disco songs we love, like “Funky Town” for instance, but with our own attitude. It’s good to remind our audience to enjoy provocation because the music we all love comes from the Punks so don’t stay in a dogma! 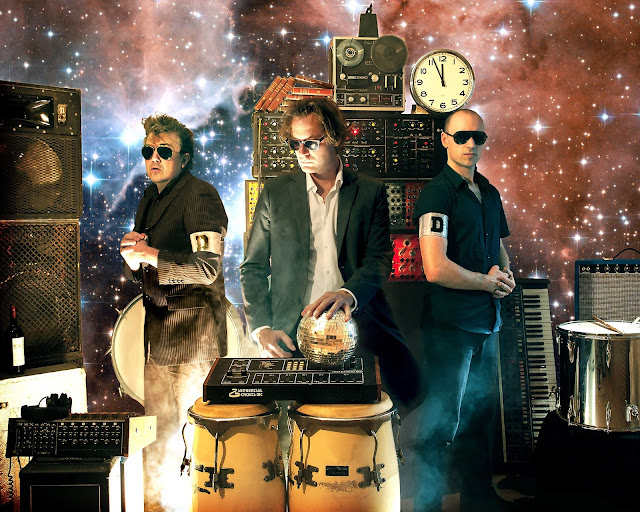 SR: What does the most supreme tour line-up for your band would look like?

SR: Who in the band or group is the loudest most outgoing extrovert?

Frozen Nation: D. He calls himself a caricature.


SR: Who in the band or group is the quietest least social introvert?

Frozen Nation: Moss seems very cold, when he tells you “hello” you get the flu. The first time D&D met him they just thought “who’s this tall asshole? We fucking don’t want to see this cunt again in the studio!”. Two weeks later they were all hanging out together talking about The Banshees or John Foxx until 2am.

D : Clarinet, still have it.

&D : A bass that was very difficult to play, I bought it in Morocco from a guy playing in the army’s orchestra. I sold it later in Paris to a stupid guy who wanted to feel what it was like to break an instrument, I regretted somehow but I think he finally didn’t break it.

Moss : I learned to play guitar when I was 13. I don't have my first guitar anymore.

SR: Finish the sentence: “Music for us is the...

Frozen Nation: Greatest gift of the gods, whoever they are.” 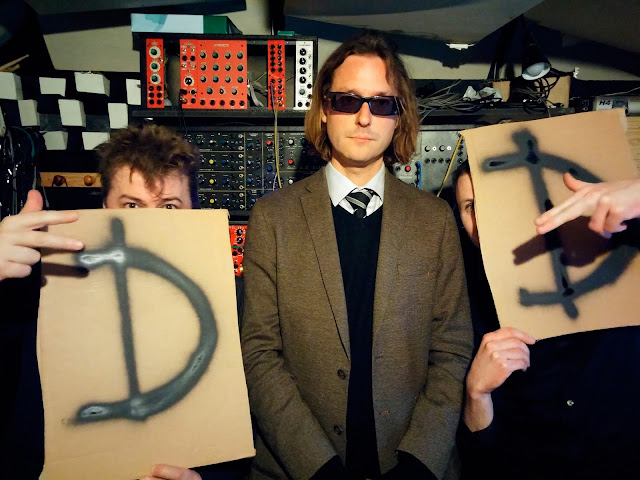 SR: Favorite Fast Food Pit Stop any time before or after a performance is?

Frozen Nation: Snack Bon Gout on Chaussée de Waterloo in Brussels, the guy mixes Pakistani food with Belgian snack. You can have a Turkish bread big as twice what your hands can handle stuffed with tandoori chicken, vegetables and French fries and a special homemade sauce, this is Brussels, influences from all around the world, it’s magic!