There is something in the genius and intensity along with passion that brings the solidifying madness forward and dynamically portrays several characters in a smattering of multiple genres. Altogether they spell out a persona that has taken YouTube by storm... Anthony Vincent of Ten Second Songs.

Quite brilliant and intense all mixed into one beating soul of a musician that stands relatively close or thereabouts to six foot one... on a good day.

Thinking at times that it must get old being so many different folks at any given blip of ten seconds tocked away... that quite possibly this passionate musician might have in him his own band... telling music in his own way.

And I am right. Anthony has many parts to his musical passions. Is there more to this story of an only child raised by a hard working mother in the heart and heat of a busy city? 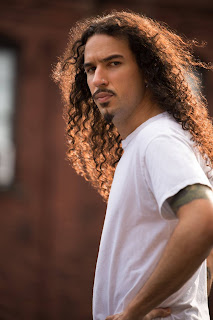 Song River: Do you ever feel a shadow of schizophrenia creeping in?

Anthony Vincent: Yes. I worry when I'm older I will certainly develop multiple personalities. I hope not though.

SR: As a young person were you the class impersonator, involved in theatre? Where did the ability kind of spawn from?

Anthony Vincent: I actually was. I would impersonate my classmates, and it wasn't so nice of me, I apologized to some of them years later. But yes, I was also in school plays.

SR: As this idea took off and YouTube developed a huge following what was your original idea and has it gone in the direction you want?

Anthony Vincent: Yes. Long story short, when I came up with the concept of the Ten Second Songs channel, I planned on making it a 20 style series. Yes, it's original intent was to promote my custom songs business, Ten Second Songs, but I also knew that if I did cover songs in 20 styles, I would get millions of views. I even told my mother when I thought of it. I said, "Hey, I think I thought of an idea that could get millions of views." I was right.

SR: Talk a bit about the developing process you go through for each song you choose to do and how do you go about picking a particular song as well, is there certain criteria?

Anthony Vincent: Yeah now I just take fan requests both for styles and for songs. The planning process is BRUTAL. It's me sitting at a computer screen with lists of artists trying to gauge a vision before I start. Cause as much as I'd like to just start without planning, it doesn't work that way.

SR: What has been the artist's reactions? Those whose song you are 'revamping' and those artists you pull from to create their 10 second of interpretation?

Anthony Vincent: I've had some people acknowledge my covers of their songs, a fair amount. Just recently Shavo from system of a down really took a liking to my "Chop Suey" cover, that was awesome!

SR: Has there ever been anyone that got upset of angry over what you create?

Anthony Vincent: Sure, internet trolls. They can kiss my ass and I'll make out with each and everyone of them if I have to. 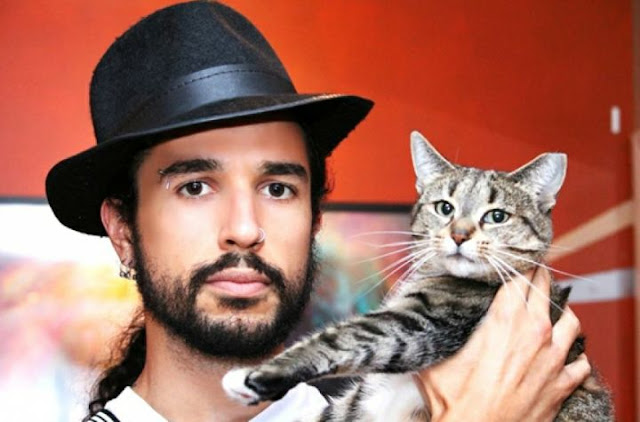 SR: Is there an artist you find more challenging to channel in on?

Anthony Vincent: Yeah the female artists. I gotta force myself to get in touch with my feminine side. That's oddly not that hard for me to do. Should that concern me? Eh, whatever.

SR: So far, have you a favorite project you have created and is there one you have your eye on to be the ultimate opus?

Anthony Vincent: Yeah looking back Adele's hello was one of my favorites. I had just come back from a couple months off and i was on the road with some tour MCing (not performing) so I was itching to come back. And I really went nuts with that one. And yes, I'm working on an opus now.. I'm never too quick to call it the ultimate opus, there's still so many songs I've yet to ruin!

SR: Going from the YouTube sensation of Ten Second Songs to the development of your own band Anthony, talk about this directive and how the band members came together.

Anthony Vincent: We were all friends for some time. I went viral and I was like, hey guys I went viral, join my band let's be rock stars. And here we are. Rockstars. It worked.

SR: How has Set The Change been received thus far and when you play live does the audience request you to do a Ten Second?

Anthony Vincent: No they never request that. Usually the people that attend our shows don't even know I run the ten second songs channel. (Laughed) Funny how that works. I'm like Clark Kent and Superman... if superman was weak and a hypochondriac.

SR: Well, I hear Superman wasn't so super when Kryptonite was around... so you probably have on up on him there.

Your band's debut album, 'Sky Goes On,' how has it been received so far?

Anthony Vincent: Some people love it, most people don't know about it, but we are all proud of it because it's us and it's unique to us.

SR: Is the band development you feel another component to who you are as a musician?

Anthony Vincent: It's just  what happens when I take off all my hats and just sing.

SR: Where was the album recorded and who did you work with on production/engineering?

Anthony Vincent: The album was recorded in the same studio all my Ten Second songs stuff is produced. My studio in Port Chester New York. I had my guy Rob Ruccia from Uptownrecording mix it. He does a bang up job all the time. Real professional.

SR: Finally, Anthony how many artists have emailed or called you asking when are you placing them into your Ten Second Songs?

For More Information on Anthony Vincent: