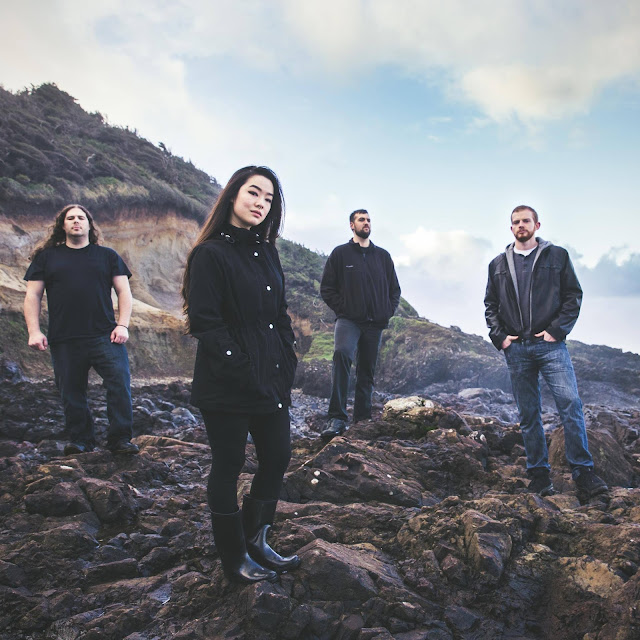 Hello VINTERSEA, thank you for letting me ask some questions about your music video for "Skies Set Ablaze."  I write the music video interviews for BANGS!

Declan: Who did you work with on this current music video and how did you come to finding them?

Riley Nix: We worked with Karl Whinnery of Hotkarlproductions on "Skies Set Ablaze", and he represents the utmost in industry professionalism. Karl works with many of the most interesting metal acts in the Portland, Oregon area, and has done a lot to help grow the metal scene here. After seeing some of his earlier work, we opened a dialogue with Karl early last year, eventually culminating in the video shoot and a lasting partnership.

Declan: When looking for someone to take your songs and turn them into a visual how do you go about 'shopping' for that?

Riley Nix: It was really important to us that we find someone who could capture an atmosphere and a mood, at the same time as telling our story. "Skies Set Ablaze" is a great example of how our music is inspired by natural beauty here in the Pacific Northwest, and we wanted to make sure that the video reflected that. Finding Karl really wasn't very hard, he has made many of the best music videos out of the Portland scene, and his portfolio of nature-based shoots gave us the confidence that he could translate our vision to the screen.

Declan: How much advice did each band member have it telling this music video story?

Riley Nix:  As with our music, the story for "Skies Set Ablaze" came about collaboratively and organically. We had several long discussion sessions, and a lot of back and forth through text messages. Eventually, a clear image started to form in our hive mind. All four members of VINTERSEA contributed equally to the story, though we all brought different focuses to the table.

Declan: Who visualized it first? Someone in the band or the director?

Riley Nix: Avienne set the tone for the song with her lyrics, setting fire against ice and painting an image of a desolate world devoid of life. The rest of the band helped to flesh out the story and the art direction, and Karl contributed heavily to place suggestions and ideas for effects which further highlight the scarcity of life within our landscape.

Declan: How did the vision come together and the storyboard fall into place? Was there tons of planning or was it lets just set up and see what happens? 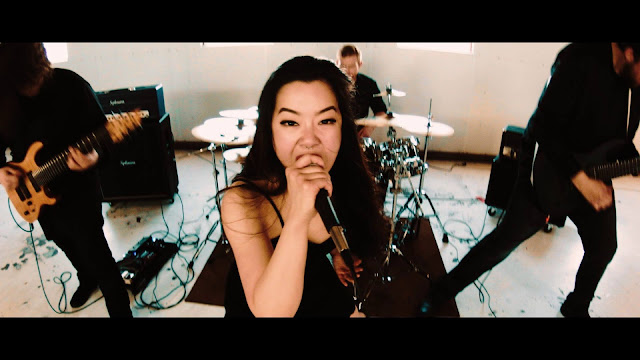 Riley Nix: A bit of both, actually! As a band, we had a pretty clear image of how we wanted to video to feel, and Riley did some storyboarding for the most important scenes. A lot of what worked best about the video, though, was inspired by the place. We had done a bit of scouting, but the landscape changes so much in a matter of weeks that we didn't really know what to expect. When we got to our site, many of the best shots from the video fell into place as a result of the world in which we found ourselves.

Declan: Most of this was filmed in the snow. How uncomfortable was that for the lead vocalist Avienne?

Riley Nix: It was uncomfortable for all of us! The entire band made the trek, helped carry gear, and even filmed B-roll footage. Of course, Avienne had to be dressed for the part, and was probably the coldest of us all! The snow was much deeper than you might imagine, even Riley was up to his neck in a snow drift at one point. No one could feel their feet for the second half of the day, but that kind of suffering is all worth it when the result so closely resembles our original vision.

Declan: When it comes time to create your next music video will be carrying on the tale from this one or is the video just for this song?

Riley Nix: Our album, "The Gravity of Fall", does follow a theme of destruction and rebirth, with Skies Set Ablaze representing a period of lifelessness. That said, "Skies Set Ablaze" is a stand-alone story, and further videos will likely follow different characters as they try to survive or thrive in the same world.

Declan: Overall what did the band find the most challenging to do in the making of the video?

Riley Nix: Organizing the shoot and scouting locations was certainly a challenge. Working with Karl and knowing the great state of Oregon ultimately made the task possible, but it took a lot of time and planning to get it done right! We did learn a lot through this experience, and we are getting excited to take those lessons into our next video. 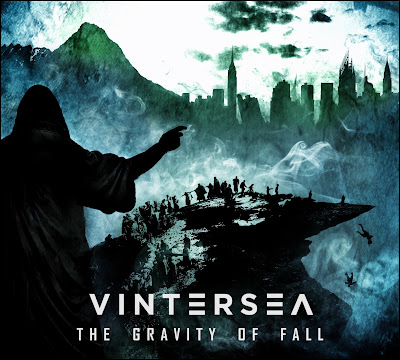 Declan: Does VINTERSEA feel that each of their songs must have a music video to them?

Riley Nix: We wouldn't say that every song needs a music video, but we do have plenty of ideas for visual accompaniments to our music. We aren't done making videos for "The Gravity of Fall" yet!

Declan: How long did the making of your video take?

Riley Nix: From conception to release, we were working on the video for about 4 months. Ultimately, most of the work on our end was done in the two weeks leading up to the shoot. Then, the real work started as Karl patiently worked through all the footage to put together a product that perfectly reflects our collective vision. We can't stress this enough, "Skies Set Ablaze" as you see it would not exist without the patience, persistence, and talent of Karl Whinnery.

Declan: What music video might your fans expect next?

Riley Nix: What would be the fun in that!? You are just going to have to stay tuned, but we can tell you that we have a couple of really exciting ideas moving into 2018, and you can expect the first one early in the year. Thank you all for your support, we can't wait to show you what's next!
Making of Skies Set Ablaze Music Video Vintersea Wicked Wednesday