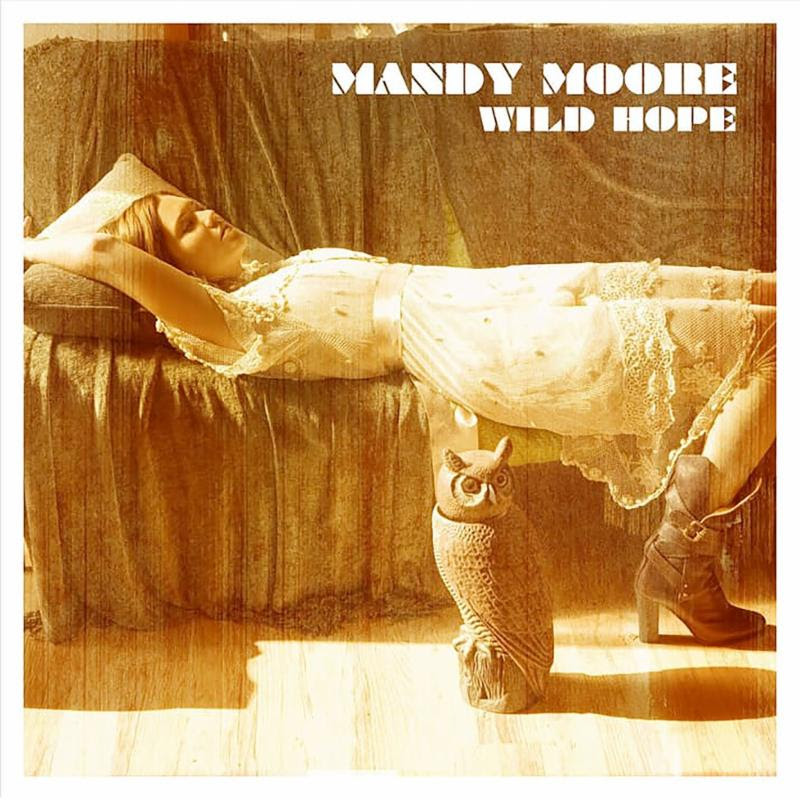 *Album Art*
"Let's remind ourselves of all the reasons why Mandy is the true queen of '00s pop...[Wild Hope] is a total gem of an album about the best and worst parts of being in your early twenties." - BuzzFeed

"Even though Mandy Moore's first musical exploits were as a teen during the 2000 bubble-gum boom, she appeared to possess greater gifts that lent promise to adult artistic potential. Consider upcoming album Wild Hope the 22-year-old's musical coming out -- and first single 'Extraordinary' every guest's take-home party favor. Moore's once-girlish vocals now project a richer, more purposeful texture, well-suited to the autobiographical theme: 'I was a starling, nobody's darling/Now I'm ready to be extraordinary.'" - Billboard

"The tunes are catchy and heartfelt, as Moore moves from lush ballads to acoustic folk that recalls Patty Griffin. 'It's been good, getting to know me more,' she confesses in 'Gardenia,' and with songs so warmly soul-searching, it's easy to second that emotion." - SPIN

"It's sure hard to dislike Wild Hope, because it's genuine in its intent -- Moore truly wants to deliver a record that sounds her age, in its feel and words -- and because Mandy is such an appealing, open-hearted, undeniably attractive presence.  - AllMusic

New York, NY - December 18th, 2017 - Singer-songwriter and actress, Mandy Moore, has re-released her critically-acclaimed fifth studio album, Wild Hope, on all digital platforms. The arrival of Wild Hope on all streaming services completes Moore's catalogue as it was the only collection previously not available on any DSPs and had been out of print since 2009. Purchase via iTunes  and stream via Spotify and Apple Music.

Originally released on June 19th, 2007, Wild Hope embodied Moore's growth as an artist as she diverged away from the commercial dance-pop brand she had previously launched her career with, to a more mature sound. Wild Hope was the first body of work that Moore co-wrote entirely with the help of Rachael Yamagata, Chantal Kreviazuk, Michelle Branch, Lori McKenna and The Weepies. Additionally, she collaborated with producer John Alagia (Dave Matthews Band, Liz Phair) on the collection. The album includes popular singles, "Extraordinary" and "Nothing That You Are" - complete track listing can be found below.

Wild Hope Track Listing
1. Extraordinary
2. All Good Things
3. Slummin' In Paradise (ft. Jason Mraz)
4. Most Of Me
5. Few Days Down
6. Can't You Just Adore Her
7. Looking Forward To Looking Back
8. Wild Hope
9. Nothing That You Are
10. Latest Mistake
11. Ladies' Choice
12. Gardenia
Mandy Moore