“Dunwich child
You know not your father’s name
Dope numbs the pain
Ascend dark wooded hills to Kane
Your mother’s witches
Burnt at the stake for sorcery
You were conceived
Upon the altar, rites obscene 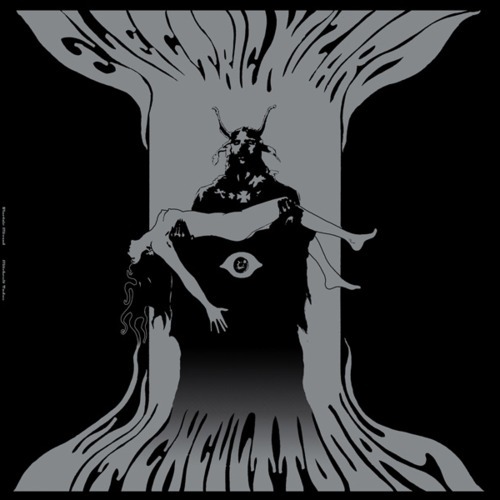 Hailing from Dorset, England, Electric Wizard are a stoner metal band with hardened roots in doom metal and sludge rock. Formed in 1993, Electric Wizard have released nine full-length studio CDs, the latest of which is the upcoming release titled Wizard Bloody Wizard. They have been through numerous lineup changes, with founder and mastermind Jus Oborn the only original member left in the band.

In November 2007, Electric Wizard released the album Witchcult Today. Although not as seminal as the band’s self-titled debut or the mighty Dopethrone, Witchcult Today nevertheless delivered the goods, with tracks such as “Satanic Rites of Drugula” (a play on the Hammer film The Satanic Rites of Dracula), the epic “Saturnine” (a personal favorite), and “Torquemada ’71.” It’s the band’s opener, “Dunwich,” however, that made a powerful impression on me, one so strong that I play this track at least once a week.

“Dunwich” starts off with a guitar sizzling with distortion as the rhythm section of bassist Rob Al-Issa and drummer Shaun Ritter set down a catchy backbeat. Without any mercy, the band kicks right off into high gear, with guitarist Liz Buckingham setting down a truly monstrous riff over which Jus Oborn sets down a more subtle shadow riff. The end result is monumental power, particularly as Oborn’s space-gravel vocals come into play. The guitar riff never lets up, morphing in and out of space while the second guitar becomes more prominent until it separates into a distinct lead. If you don’t bang your head to this one, then you don’t deserve to enter the world of doom.

Lyrically, “Dunwich” was inspired, like many Electric Wizard tracks, by horror author H.P. Lovecraft. The song chronicles the events in Lovecraft’s short story, “The Dunwich Horror.” Of course, Electric Wizard embellishes the tale, mixing in references to cannabis (“You know not your father’s name/Dope numbs the pain”), but the core story remains intact. The story centers on Wilbur Whateley, the son of a deformed albino mother and an unknown father (perhaps Yog-Sothoth itself!). Whateley learns of dark rituals and witchcraft from his grandfather, and it’s up to three professors from Miskatonic University (led by Dr. Armitage) to put an end to these earth-shattering plans.

Perhaps the creepiest line in the song is this one: “Child of Dunwich rise/You have your father’s eyes/Child of Dunwich rise/End the world that you despise.” The mixing of a reference to Rosemary’s Baby, coupled with the sense of cosmic terror evoked by many of Lovecraft’s tales, is a splendid elixir of bloodcurdling horror.

With its monstrous guitar riff, relentless backbeat, and Lovecraftian touches—both in the lyrics and in the song’s creepy effects, “Dunwich” remains one of Electric Wizard’s more powerful compositions. Play this one at maximum volume.