Up Close & Personal with Guitarist Bob James of Silent Theory 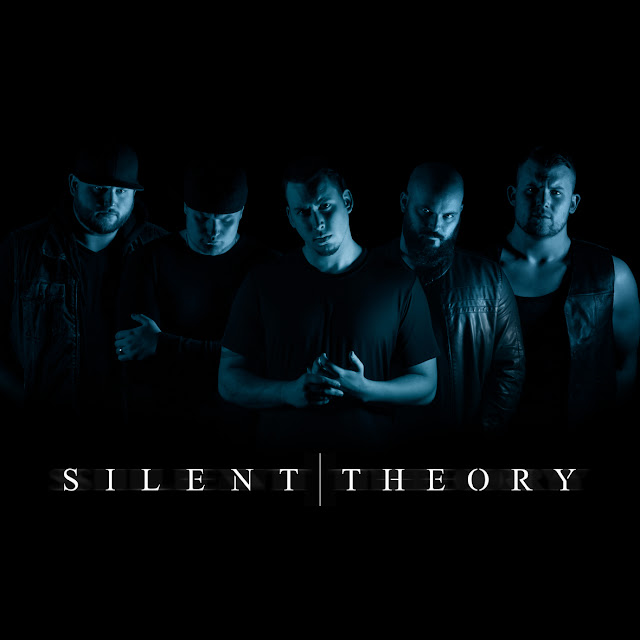 When the lyrics, content, style, melody, eclectic, and intensity come together organically it breeds a new sense of music which in theory should no longer be kept silent.

With their sophomore album, Delusions, the band Silent Theory has taken hold of their direction and brought a sound together that approaches all key elements they feel puts them exactly where they should be.

Song River: Talk a little bit about your music. Why is it you felt most comfortable in the type/style of music you create and produce?

Bob James: Our album Delusions, is our sophomore release and has been out for a little over a year now. We are really proud of the way the whole album turned out. It really is an eclectic album stylistically, which I think is reflective of our collective influences. We ended up playing our style of music because it was the common ground of the music we like to listen to; it’s heavy and melodic, Dakota predominately sings but he also is a talented screamer and rapper. Before Dakota we always felt like we fell into the Papa Roach/Shinedown/Seether category, but he brings a beautiful skillset that has kind of moved us into a little more of the Linkin Park/Ashes to New category and we love it.

Song River: An artist wants their music to make their fans 'feel.'  When the lyrics, melody and parts are being worked through what tells you as an artist- this is it?

Bob James: Writing songs that have substance has always been something very important to us. I don’t think any of us would ever call our selves a poet, but even our songs about less important topics we always try to tell a story. I think it’s also really important that the intensity of the music and lyrics complement each other, otherwise it’s liable to take the song in a comical direction. Which in itself isn’t a bad thing, but it changes the mood.

But to circle back to your question, we have a real trial and error method of song writing. It is typically a group effort, and we’ll take ideas and play around with it until if feels right to us. There is this moment that comes organically, when we’ll be working through a new song and you can look around the room and genuinely rocking out and enjoying themselves and that’s usually when we know.

Bob James: I think a couple of things that as a group we are all very passionate about are live music and bullying. I realize those are two very different things, but they’re both something we’d like to see changed. We as a group love live music and going to shows, it’s a large part of the reason we decided to join bands and start playing rock ‘n’ roll. Sadly, it seems like the rock scene in a lot of places is dead or floundering. People still love rock music and buy/steal it, but it seems like people aren’t really going to shows as much anymore. There is a real sense of community that you miss out on if you aren’t going to shows.

As for bullying, it’s just one of those topics that we have no tolerance for. There is already so many crappy and unpleasant things going on in the world around us, it’s completely unnecessary to go out of your way to make someone’s day worse just because you are insecure with your own self. We should be helping people up, not holding them down.

Bob James:
A Day to Remember – Downfall of us All
I Prevail – Blank Space
Bring Me the Horizon – Doomed
Limp Bizkit – Stuck
New Found Glory – My Friends Over You

Song River: What does the most supreme tour line-up for your band would look like?

Bob James:  I think we would be beside ourselves if we could tour with any combination of Chevelle, Papa Roach, and Ashes to New. In addition to that we would love to hit the road again with our hometown friends The Broken Thumbs.

Song River: Who in the band or group is the loudest most outgoing extrovert?

Song River: Who in the band or group is the quietest, least social introvert?

Bob James: Definitely Scott, no question. Although Scott does love a good hug.

Bob James: I think I’m the only one who started on a different instrument. My first instrument was the Viola and then Cello for a lot of years. I played bass in the band in the beginning, but I’ve been on guitar now for the last 7 years or so.

Mitch has always been a drummer, since he was like 2. He does dabble in a little piano though. Scott has played guitar since he was tall enough to hold it, and the same goes for George. George has picked up a little bit of piano over the years. Dakota doesn’t play much in ST, but he’s actually a pretty good guitar player.

Finish the sentence: “Music for me (us) is the one thing that always makes me happy.”

Song River: Favorite Fast Food Pit Stop any time before or after a performance is?

Bob James: Our usual after show meal is typically Mexican food. We have a place at home called Atilano’s, but there are similar places everywhere. We always look for the red and yellow color scheme and like 60 things on the menu. You usually can get a feast for like $10 and it’s always so good.