Interview with: Fear Is Dead 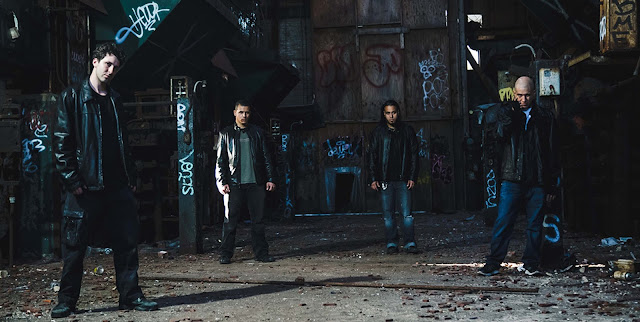 Sara Robinson: Talk a little bit about your music. Why is it your felt most comfortable in the type/style of music you create and produce?

Skila: Introspective, intense, groovy, and heavy. It depends on our mood and what we're going through, we don't limit ourselves by genre or what's expected from us. Personally what I love about what we do is the energy, to be able to emotionally cut loose. On stage, 99% of the time I black out and let the music take me whenever it goes. It's very liberating, somewhere between therapy and an exorcism.

David: The style I play is based on the sound and energy I fell in love with in music. Also, I suck at playing anything else.

Carlos: I was just always drawn to metal. From the complexity, to the raw emotion, the adrenaline, it's what makes me move. Although I love and play to so many genres, it's easier for me to write to metal. It comes naturally, I get plenty of writers block as most musicians do, but with Metal ideas can just flow non stop.

Matt: I like the music that we make in Fear is Dead because it is aggressive, but is backed by a positive message. The lyrics encourage independent thought, challenging one’s self, and being strong even when the outlook is bleak. Also while it is aggressive in energy, there are notable melodic / groovy elements to it that keep things fresh.

Sara: An artist wants their music to make their fans 'feel.'  When the lyrics, melody and parts are being worked through what tells you as an artist- this is it?

Skila: I just know, something clicks, there's an instant sense of satisfaction, and excitement, we know we've discovered something special.

David: On my side of the creative process, it starts with an idea. I'll try variations of a riff until something catches my attention. I bring it to the guys and we build on the idea together. We know we have something good after we've rehearsed it and we all have a celebratory smirk or a nod of approval.

Carlos: The moment it has me scrunching my face and moving my whole body to the grove. That's when i'm like, “Yes, fucking yes. Lets play that ten more times.” thats pretty much my eureka moment.

Matt: Usually its goosebumps and sense of satisfaction. I usually hate our songs midway through the writing process because at that point we usually have all the parts but not much in the way of small details. Couple that with playing the song so many damn times, sometimes its frustrating. Then when we decide to change small things, maybe add another part, add a fill or a pause somewhere, we all get that “Eureka!” moment that makes it all worth it.

Skila: I've always been interested in contributing into programs that help provide better education, as well as art and music programs. Personally I think art and music are essential to our mental development. They also help critical thinking, which is important for the future generation to have. I really hope that our work pays off and I'm given the chance to put my money where my mouth is. As for our fans, we constantly try to raise the bar with what we offer. It's about personal growth and sharing that with our listeners, it's a very special thing when we make a connection.

David: Music is something that has the power to change peoples lives. In some cases, it even saves lives. It's incredible for our music to share that impact. We do our best to give the listeners something to enjoy. At our shows, people let loose and have fun. It's an honor to personally be part of some great experiences for our fans.

Matt: We noticed that a lot of people like “Fear is Dead” as a slogan, regardless of if they even know were a band. About a year ago, a fan of ours by the name of Mia was in this program who helps disabled kids do activities. We saw pictures on the website showing a bunch of disabled kids rock-climbing and wearing Fear is Dead wristbands. Seeing that really made my day. I would like our music to promote the idea that “Fear is Dead,” and would like to see as many people as possible living by those words.

Skila:
1. Hunger Strike by Temple of the Dog
2. Marilyn Manson by Beautiful People
3. Stone Sour by Bother
4. Rebelmatic by Don't Follow Me
5. Nas by The Message

Carlos:
1. Journey Through Pressure by Katatonia,
2. Scrutinized by Hypocrisy,
3. Illuminate by Leprous,
4. Demon of the Fall by Opeth,
5. Daimonos by Behemoth

Matt:
1. Satellites and Astronauts by In Flames
2. My Uncle by Ill Bill
3. Bilateral by Leprous
4. Rapture by Hurt
5. Night Light by Aesop Rock

Sara: What does the most supreme tour line-up for your band would look like?


David: Metallica, Korn, Slipknot.
Skila: Marilyn Manson, System of the Down, Slipknot, Lamb of God
Carlos: Opeth, Behemoth, Hypocrisy, Bloodbath, Insomnium, Lamb of God
Matt: Korn, Disturbed, In Flames, Tool, System of a Down, Rage Against the Machine, Snoop Dogg (because why the fuck not)

Sara: Who in the band or group is the loudest most outgoing extrovert?

Matt: Carlos is definitely the most social member of the group. Hes a total social media whore, and in real life has no problem chatting up people just because he feels like it.

Carlos: It'd definitely be between Matt and I. Him being the loudest or a bit more spontaneous, me being the most outgoing and extroverted.

Sara: Who in the band or group is the quietest least social introvert?

Matt: David on the other hand, is sometimes social, and other times starting an actual conversation is like milking a rock. He’s never shy with his guitar though!

David: I learned how to play guitar first. I started out with a few cheap guitars that have been thrown out many years ago after I started upgrading.

Matt: My first instrument was Alto Sax in 2006. I played in my high school band for a year before getting my first bass in Summer ‘07. I stopped playing Sax in 2010 when I graduated high school, and have not been in any bands where sax would have enough practical applications to purchase a new one.

Skila: Music for me is the therapy that keeps me going.

Carlos: Music for me is one of the few things I truly care for. It's what keeps me motivated and ambitious. Without it i'd probably be a miserable accountant, living off of Netflix and striving for nothing of real meaning to me.

Matt: “Music for me is the cats pajamas!”

Sara: Favorite Fast Food Pit Stop any time before or after a performance is?

Matt: Skila doesn’t eat anything with salt, most types of oil, or sugar that doesn't come from coconuts. David on the other hand, only consumes red meat, large automobile engines, muscle milk, and walruses. Therefore, me and Carlos get fast food without them, and are quite partial to White Castle - after the show only, for obvious reasons.

Carlos: Anywhere with a good burrito(I have a strong stomach so no worries haha.)

Skila: I don't eat fast food, but if I did it would be Cherry Valley / Beast Hero. 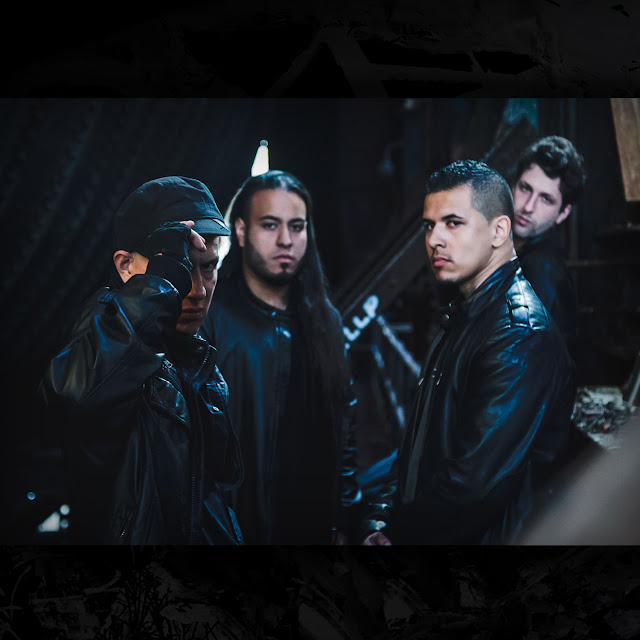 More Information on Fear Is Dead: