Song of the Month Ghost’s “Secular Haze” From the full-length studio release, Infestissumam 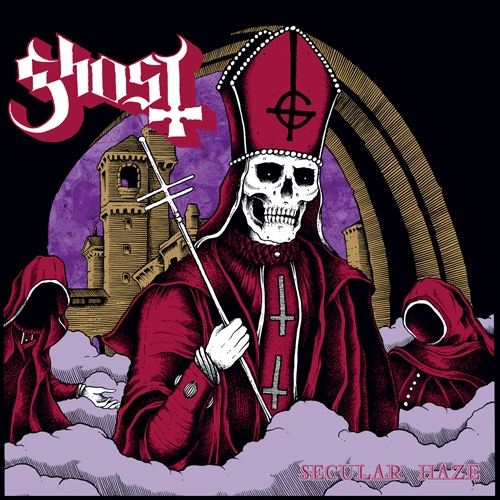 Formed in 2008, Sweden’s Ghost play a melodic and modern form of doom metal, peppered with facets inspired by the likes of first wave of black metal, notably King Diamond. The band remains anonymous, with the instrumentalists always wearing bizarre masks and using symbols rather than conventional names. The symbols represent the beginning, the end, and three of the five elements. As a unit, they call themselves the Nameless Ghouls. Fronting the band is vocalist Papa Emeritus, who wears corpse paint and dresses like an anti-Pope. To date, there have been three of them, each progressively younger (backwards aging, perhaps?).

In 2013, Ghost released its second full-length studio CD, titled Infestissumam, issued by Loma Vista Recordings. The term “infestissumam” is a Latin superlative adjective, which means very or most hostile. Taken from this CD, “Secular Haze” was the album’s first single. In an interview with The Quietus (April 29, 2013), a Ghoul had the following to say about the song: “We wanted to present a song from the new record that sort of stood on its own but without being too far off from the first record.”


“Secular Haze” features a distinct organ rhythm that serves as a counter to the restrained guitars. The percussion is basic but catchy, with a solid and groove-driven bass line pulsating through the entire track. The voice of Papa Emeritus is mesmerizing and soothing. Particularly effective is his hissing of the song’s title. A hint of King Diamond’s voice comes through, particularly during the chorus. The guitars tend to stay in the background, only coming to the forefront during their piercing solos. The song’s pace and thunderous bass licks give it a doom-laden feel, but the approach is melodic and clean (not fuzzy).

Lyrically, “Secular Haze” embraces and mocks an omnipresent fog that influences and weakens religion of every ilk. Believers find themselves in an “unfathomable wall-less maze, a secular haze.” The innocence of youth is the time when faith and belief are the strongest, but with age these characteristics are forever lost. Not only does Christ have no sway, the lightbringer himself, Lucifer, must also dwell in the night. The song ends with the beckoning of the fog weaver, asking that he weave at eternal mist, an eternal secular haze. The song’s message in poignant and perhaps even confusing: faith and belief in good or evil is always held at bay with the mist of doubt, rationality and perhaps even the inner-workings of what could be called the human spirit. The song’s refrain is haunting: “You know that the fog is here, omnipresent.”

On February 2013, Ghost released a video for “Secular Haze.” The video recording took place in Linkoping, Sweden, with director Amir Chamdin. The video has the band performing on stage. The background and filming style are reminiscent of a television show during the 1970s. 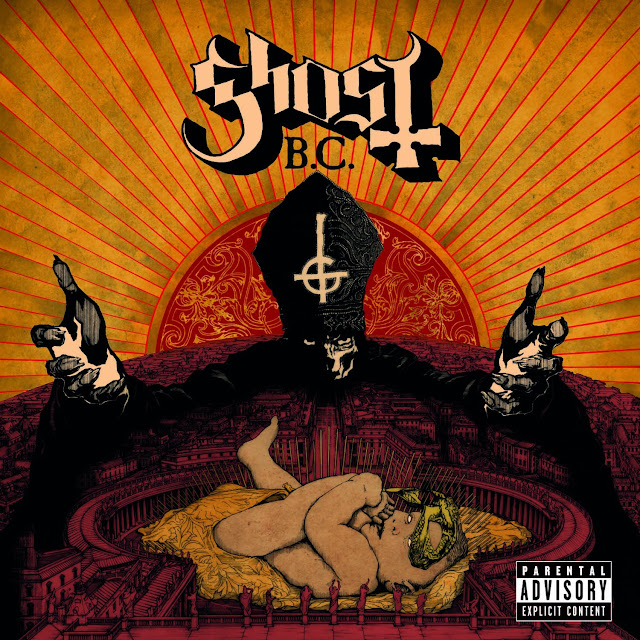