Adam Ant at the Celebrity Theatre
by H. Reavis

How does one categorize a man who is one part rock star, several parts romantic highwayman, a dash of the peculiar gentleman, and a whole lot of British? One doesn’t. He must be christened and his name yelled in revered abandon: it’s Adam Ant.

With a career spanning more than thirty years, the charismatic Adam has enjoyed chart success, awards (particularly the Q Music Icon Award in 2008), movie roles including Drop Dead Rock with Debbie Harry, and sold out concert performances worldwide. His music videos revolutionized the visual aid for musicians with storytelling in lieu of the standard promo. Drawing from his experience in art school his videos chronicled the adventures of his romantic pirate alter ego in “Stand and Deliver” and “Prince Charming.”

Currently in the throes of another tour called Anthems, which is a follow-up to his successful Kings of the Wild Frontier Tour, Adam, and the band are bringing his extensive singles catalog to both new and old fans across the United States. As one fan noted, whose young son stood in war paint and braids, “What better first concert then Adam Ant? Gotta raise’em right!” 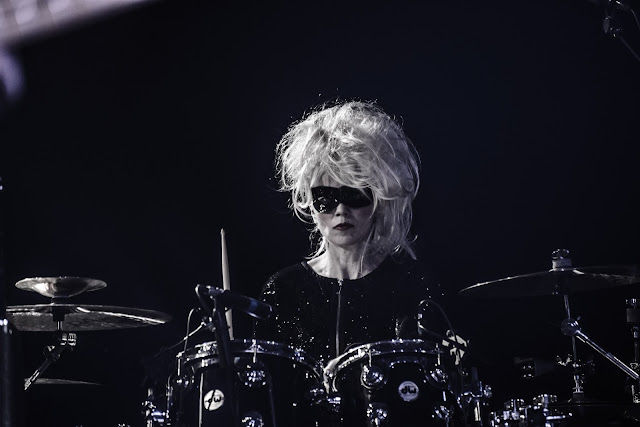 On Sunday the 27th, Adam and his crew slid into Phoenix, Arizona to play to a packed house at the intimate Celebrity Theatre. Looking every bit the dandy in leather, eyeliner, and skewed hat Adam played the stage. A seasoned showman, he foot stomped the crowd through the opening number, “Beat My Guest”, to then smoothly transition into the nonsensical chant of “bang bang you’re dead, did not did too; stop diddy-bopping buddy bouncing Betty on you” opener of “Vive le Rock.” Pausing frequently in between songs to express his gratitude or to give an anecdote regarding a song’s origins, he was engaging and energetic.

The band backing Adam is a collection of polished musicians whose passions show through in their theatrics. Joe Holweger and A.P. Leach, bass and rhythm guitar respectively, threw their axes around the stage, occasionally even doing double duty on what could only be termed as war drums to stir the crowd into a frenzy. Will Crewdson on lead guitar appeared at times to be possessed by the music. The rhythm of the drums was held in undefined beauty with Andy Woodard and Jola. Never one to resort to synthesizers or pre-recordings, Adam had all five of the musicians fine-tuned to provide the unmistakable hooks of “Apollo 9”, “Strip”, “Zerox”, and “Friend or Foe.” There were several unexpected gems in the mix during the night with the number that pre-dated The Ants, “B-Side Baby”, and the nineties hit “Gotta Be A Sin.”

Opening for Adam was the slinky ladies known as The Glam Skanks. Led by the sultry Venessa Von Lust, who struts the stage in a black bodysuit and gold boots, while guitarist Veronica Volume gets her groove on, they beg the audience to come to Glitter City with them and sing about how they’re wild souls on a mission. The effect is a strange homage to The New York Dolls and David Bowie in drag. This is their third tour with Adam Ant and the lovely ladies had only gratitude to express for his encouragement. 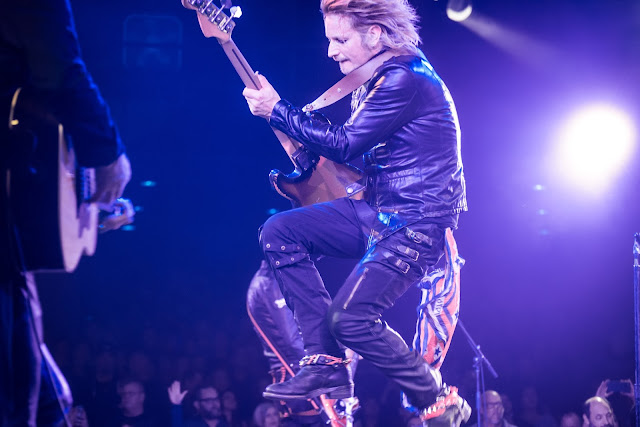 This Anthems Tour is not to be missed. 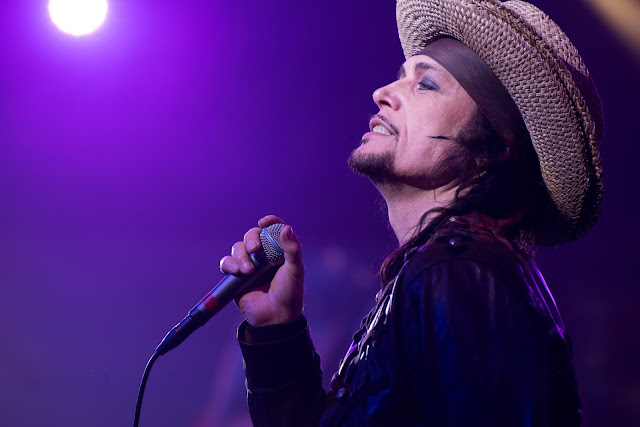 John Hilston said…
Quite a talented and good singer he is.
airport parking stansted