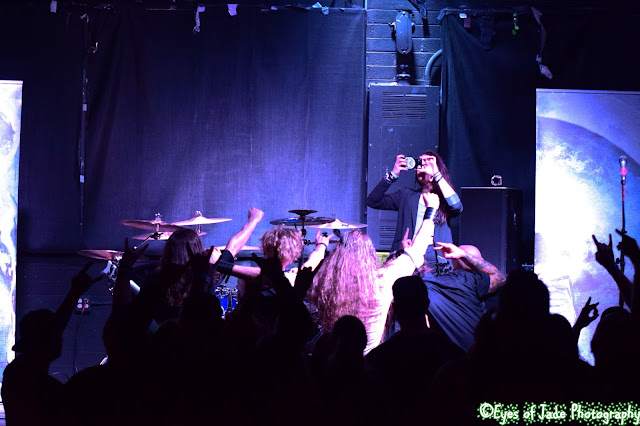 Hi, my heavy metal friends. When you first think of the name XAON you most likely think Oh, it's another one of THOSE bands. You know, another metal band that is so so and unknown. 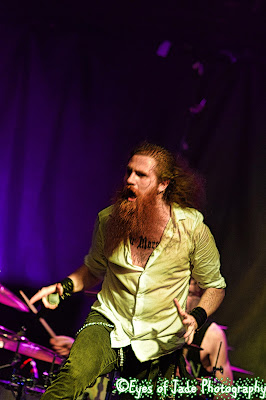 Oh are you in for a surprise. Xaon will kick your metal senses into full gear with the holy terror rip-roaring, throw them horns up, and start swinging that hair around. Their sound is so unique as much as they are. Hailing from Switzerland, and making their first appearance in the U.S.A.


This is their first tour in the U.S. starting in Salt Lake City and ending it Feb 17th in Seattle, WA. One of their stops was last night (02/05/2018) in my city. Mesa, AZ at Club Red, Co-headlining with The Veer Union.  I was able to sit and chat with the guys before the show. Talking to Rob Carson, Lead Vocals for Xaon, about their adventure in the U.S. so far. The band themselves in a whole seem to be enjoying their time and meeting their fans along the way. We chatted about the changes of music and the uniqueness of XAON compared to many American bands. I can’t classify them as a progressive Metal Band. They are a closer version of Viking Medieval Metal that has haunting tones of darkness that venture through your mind with vocals that changeup so frequently to make you really think Holy Shitzballs!! Energy, Power, Darkness, are a few of the words that come to mind when I listen to their album “Drift”.


I know here in the U.S. we are used to hearing the same sounds, same type of band genre, and we’re not used to hearing this uniqueness BUT I guarantee you hear XAON, you’ll hear tones of Paradise Lost, Enslaved, Avatar, Amorphis in their change up of lyrics to their ripping cords.
Put this in one bundle of a band and you have XAON! They will BLOW YOUR MIND.


I love discovering new talent and I stumbled across XAON by accident in Youtube. I did one of those searches for metal, clicked on another and another and fell onto their first video from 2 years ago. Hit play, sat back and listened to these upcoming giants in the metal world. Followed them ever since. These guys are something else.  The talent is thick and heavy with these guys.

The cool thing about this band is they LOVE their fans. They WANT to meet you and embrace you into their realm. Give them a shoutout, go check a show out before they fly back home. They will be BACK from what I am hearing. Put this band on your spinner and crank that volume. You’re going to LOVE this band. They are not just great guys who love life, They love Metal. When you bleed metal, you are metal. Xaon IS that. 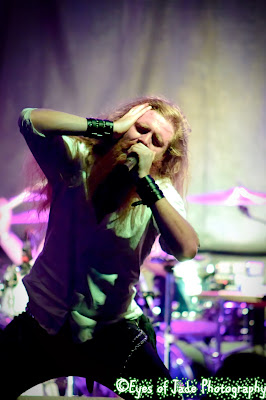 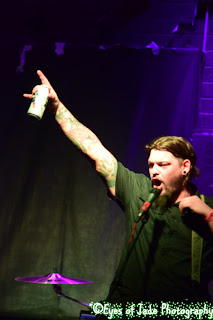 Catch them at their remaining upcoming shows while they are here in the U.S. -