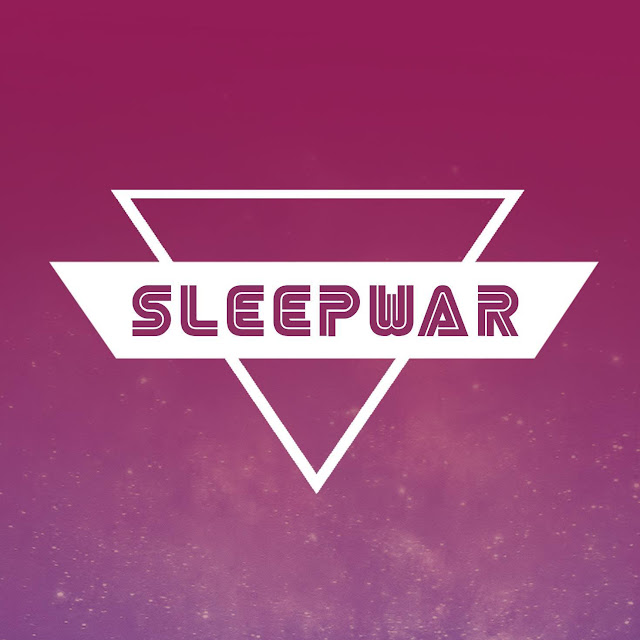 Truth injectors melded into honesty. Sleepwar's freshman release brings, dance pop-synth to a song-writers tale. There is a distinct relay this music shows the rock world as a mesh of 80's wave decidedly holds a 21st Century feel.

The opening song “When We Were” has your ear immediately. Entrancing solid words set to a melody make you feel the world that might have been best described as a Cobain moment of emotion. The next song, “Thousand Different Faces” is a dreamy number, the emotive vocal presence of Roger Willis throughout the EP is powerfully present.

The piano strikes created by Tim Woodbridge open up the tears of the heart in “Forever.” Along with the complementary guitar work of Mark Pfister you have the necessary completion. This song for some reason pulled memory strings of an old Pink Floyd tune...''wish you were here...'' The band seems to have some solid background in music that is varied by complimentary.

Brendan McGuiness' drumming and James Allen bass get their chance to be appreciated in “The Jaywalker.” Completing the journey of this release of revealing one's own mistakes is a song with hope, “Wandered and Washed.”


Thousand Different Faces is a journey. From the revelation to the struggle to its completion. This is a solid work of facing ourselves, our demons and owning them set to a modern indie synth-wave. Sleepwar has managed to accomplish a great opening of who they are and the direction they are heading. Music is meant to be real- and Sleepwar has sweetly created a masterful work of art.