PRONG Heads Out ON Tour

March 02, 2018
American Power Trio PRONG has announced the continuation of their ZERO DAYS TOUR with a series of West Coast dates alongside POWERFLO. After a solid year of touring with the likes of Testament, Obituary, Sepultura, and Exodus, as well as filling key slots on the European Summer Festival Circuit, the band now brings it back home to the states, including a highly coveted, co-headlining run with HELMET.
Pioneers of the alternative metal genre, PRONG have continued to re-invent themselves by challenging the status quo every step they take, as seen on their 2017 release, Zero Days. 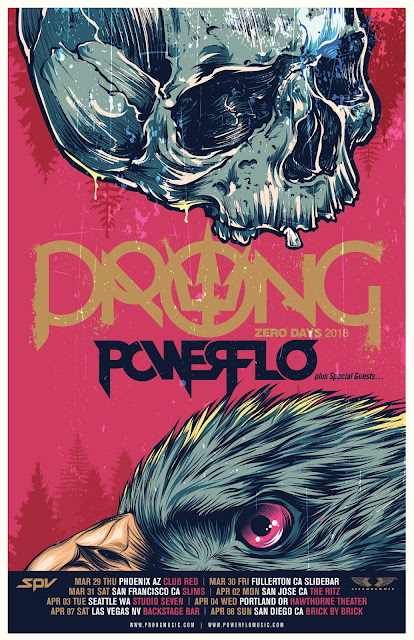