From the full-length studio release, Screaming for Vengeance
By Octavio Ramos Jr. 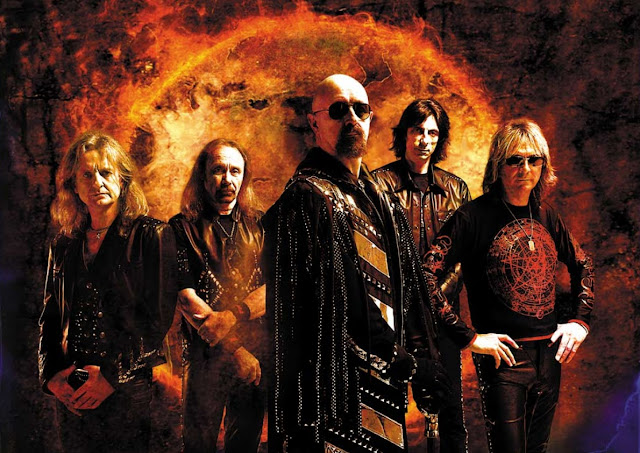 Formed in 1968 in Birmingham (the same year and location as Black Sabbath), Judas Priest started its career as a blues-based band that soon moved toward progressive metal and hard rock. Judas Priest are considered a traditional metal band, one with facets of New Wave of British Heavy Metal (NWOBHM) and the hook-driven guitar licks of more mainstream bands.

The popularity and success of Judas Priest earned them the nickname “Metal Gods” (taken from the song of the same name). They were one of the first bands to perfect the dual-guitar attack, an essential component of what would become a key characteristic of NWOBHM.

“Electric Eye” is the first song (right after the short intro, which is titled “The Hellion”) off the 1982 album, Screaming for Vengeance. The song is so popular that is has become a staple at Judas Priest concerts, often played as the band’s opening salvo.

Written in E minor (its tonic is the lowest note on a standard-tuned guitar), “Electric Eye” starts off with a rollicking guitar riff, with Rob Halford’s distinctive high-end wail kicking in soon after. Glenn Tipton’s solo is magnificent, its fret-burning notes complemented by the driving rhythm antics of K. K. Downing.

Lyrically, Judas Priest took inspiration from George Orwell’s book, 1984. The song chronicles the use of a semi-omniscient satellite (the “Electric Eye”) that watches over a population, at first as a means of protection. As the satellite evolves, however, it uses its lasers to destroy anyone caught in any act of “rebellion,” going so far as to even record “secret moves” and use such recordings to make a case for destruction. The despotic satellite subsequently gloats over its power, stating “I feed upon your every thought/And so my power grows.”

“Electric Eye” has been used in various video games, such as Grand Theft Auto: Vice City Stories and Guitar Hero Encore: Rocks the 80s. Bands that have covered the song include Helloween, Iron Savior, Machine Head, and Benediction. 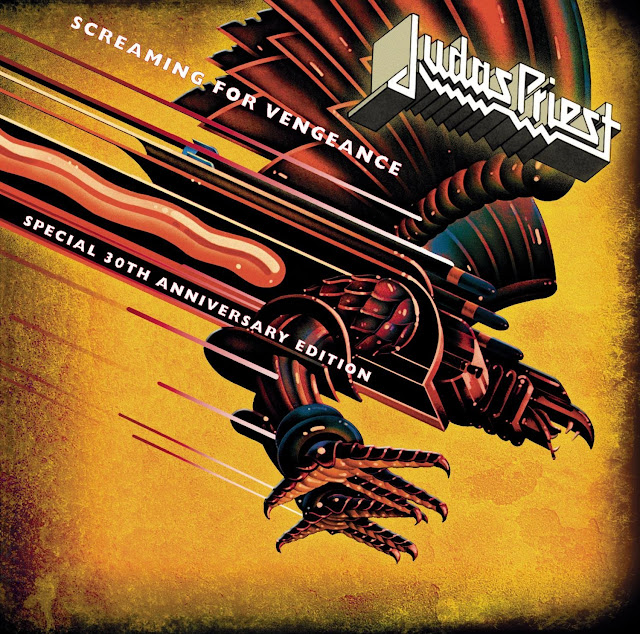 Judas Priest Song of the Month