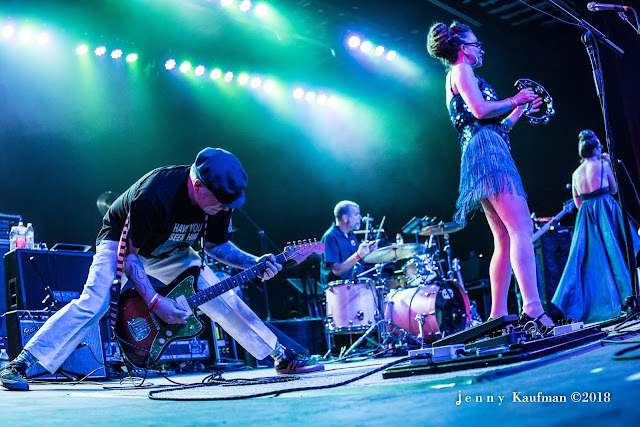 AUNT B!!! …Opening for George Clinton and Parliament Funkadelic
by: Jenny Kaufman

The complex sweet cocktail is comprised of; Megan Baskerville(Vocals), Shane Baskerville(Guitar), Chad Martin (Drums), Benjamin Cortez (Keys), Tre Beaton (Bass) and Michelle Worley (Vocals). If some of the names have a familiar ring to them, you are not wrong; Tre Beaton was the bass player for Safehouse, Chad Martin toured with Authority Zero and also lent his talent to Safehouse. Benjamin Cortez is School of Rock All-Star who has toured the country. Shane Baskerville; toured with punk and ska bands, Helva, US Crush, Ska Daddyz, and Butt Trumpet as well as Warped Tours.

Rocking the funk… (Funk Intro) from off stage to center stage in a blue flowing silk floor-length gown with fishnet stockings, tattoos and cat eye glasses enters Megan Baskerville. Sweet and sassy she grabs the mic and goes to town with a vocal strength that would blow you away, strong and sultry. Megan's lower tone is complimented with Michelle Worley’s vocals throughout the set; Bring Em Home, Attitude, Sake Tail, Oh Lord, Tuesday, You don’t know.. Michelle wore a blue, light-catching fringe dress that shimmered and shook. Shane, Tre, Chad, and Benjamin have their moments throughout the setlist, maybe not as party worthy as the ladies but they showed off their talents. Like a true rock star posture, legs spread apart and close to the ground…Shane rocked out on guitar. Working in moments of solos on instrument during TIKI Time; Tre, Chad, and Benjamin left their mark on the audience. The started the set off strong and slowed down with a favorite of mine, Low from the 2017 CD LOW to ramping back up before ending their set with Understand. 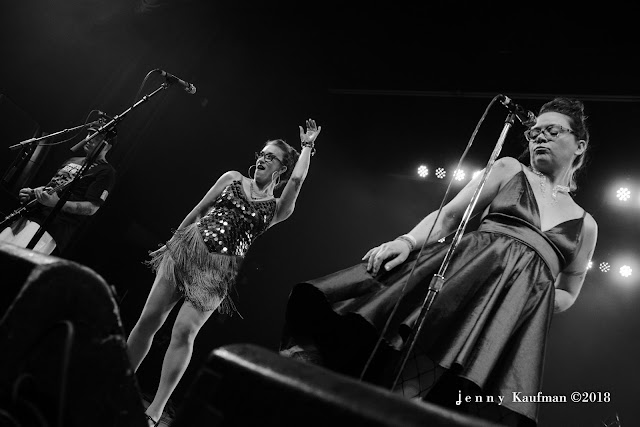 Aunt B is unique, stylish, talented and they are the perfect sound for an eclectic ear. 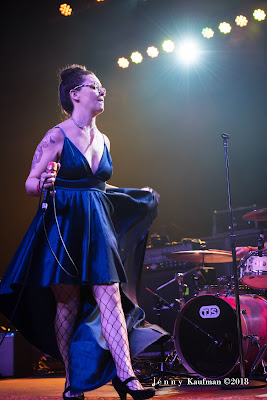 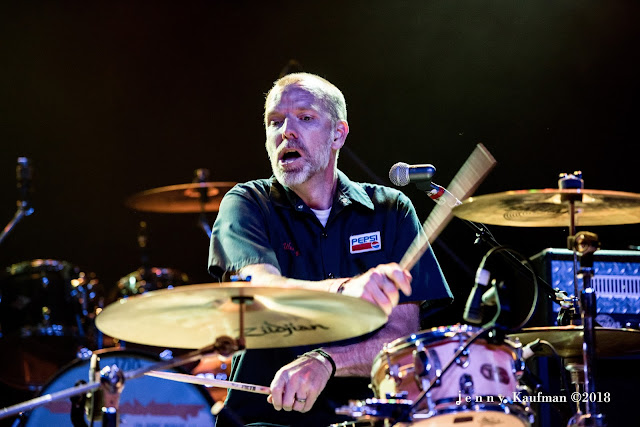 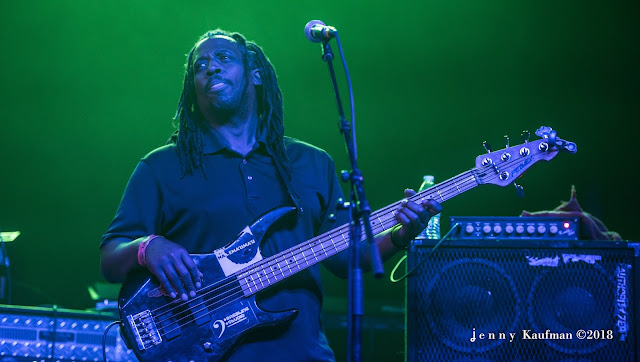 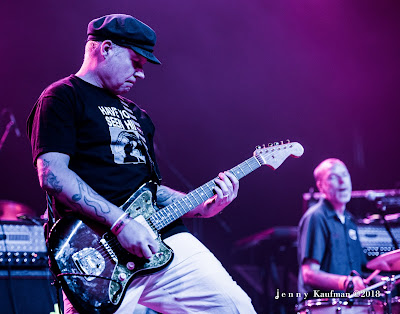 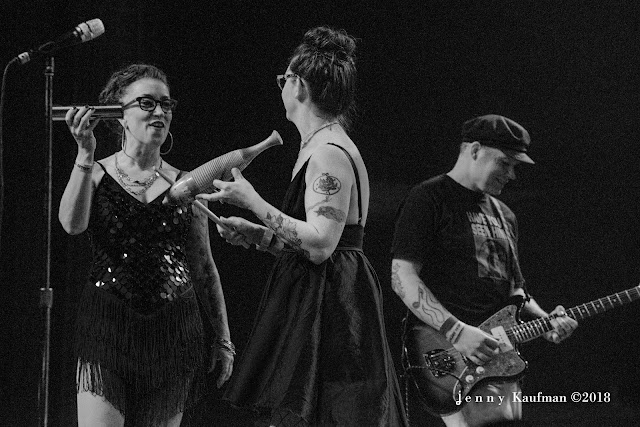 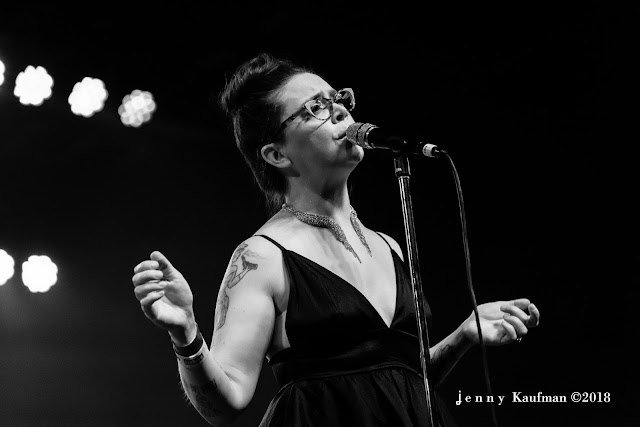 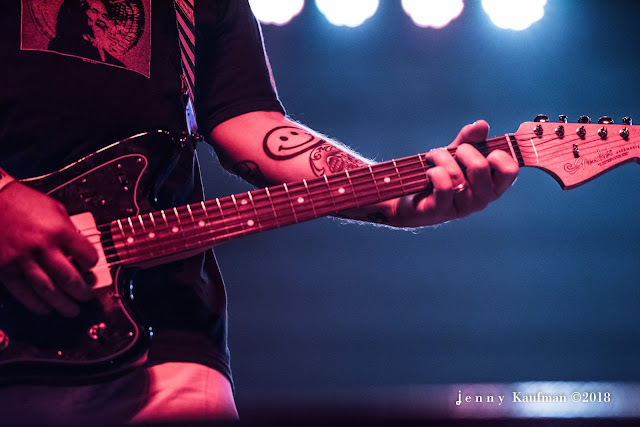 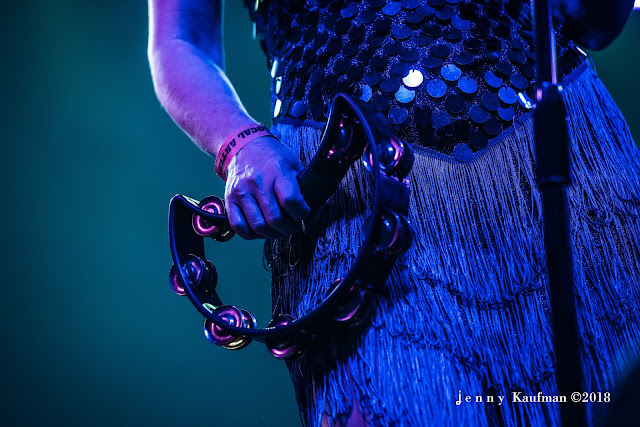 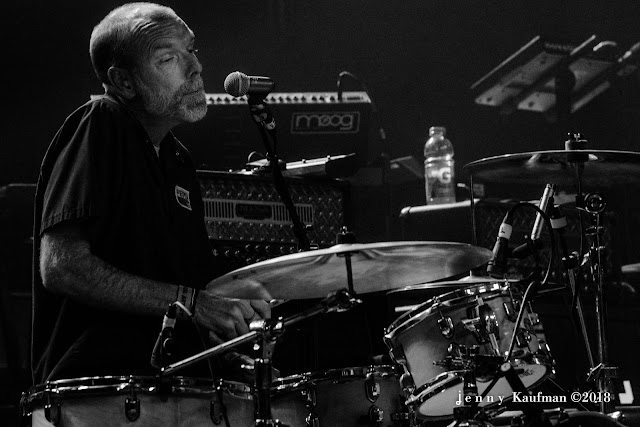 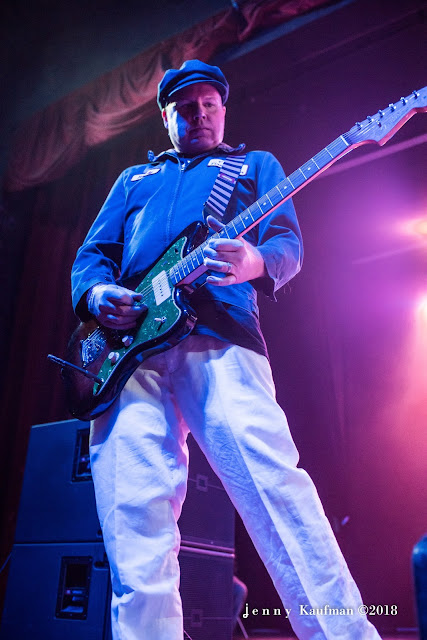 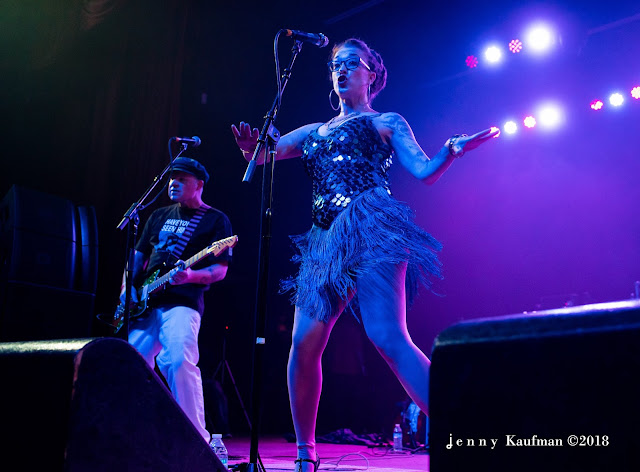 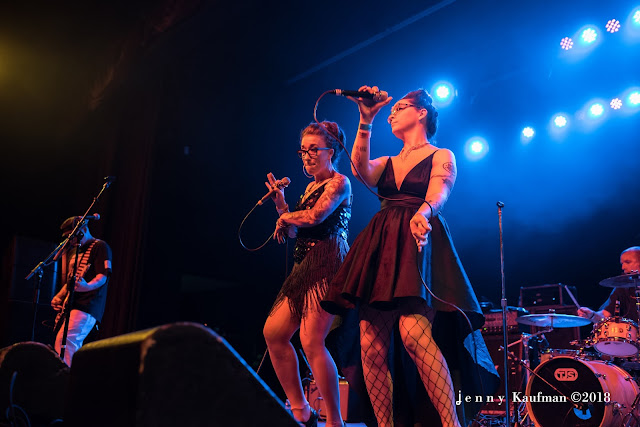 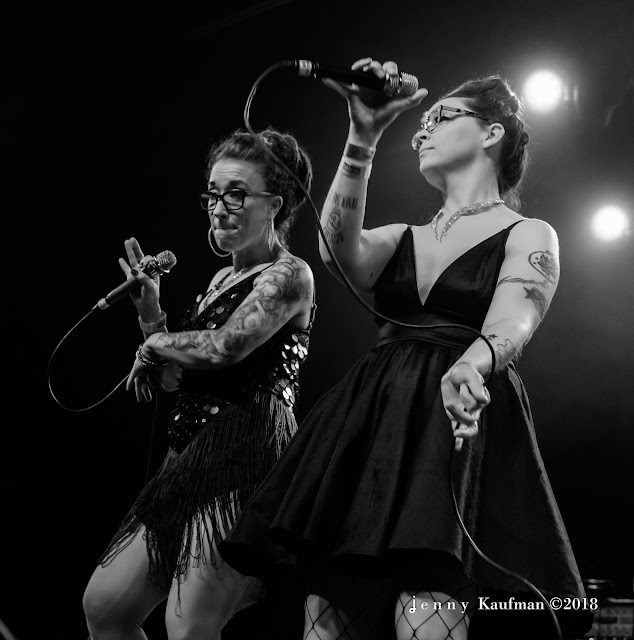 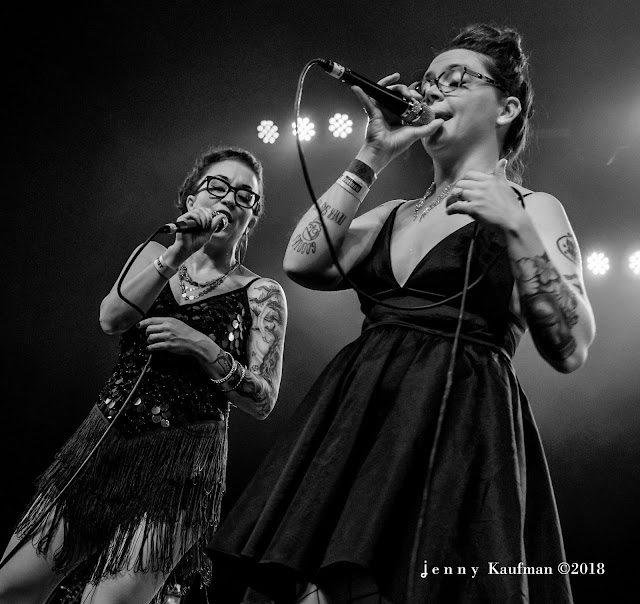