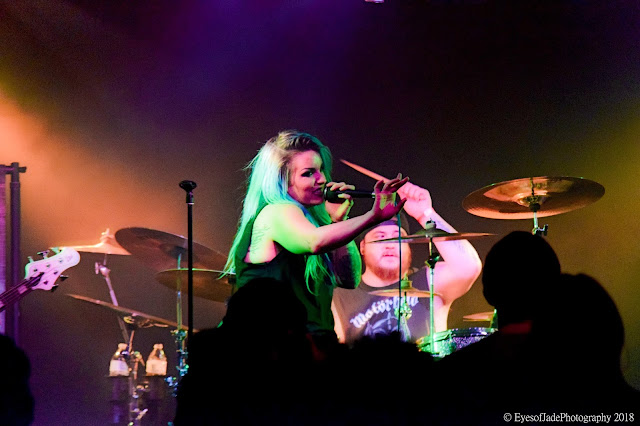 Cold Kingdom, You have got it going on. I arrived at the venue right as they were setting up on stage and doing their sound checks. Hearing Dani’s Engums vocals quickly made me perk up. I personally like female front vocalist bands and I was interested, to say the least. I sat in the back to get the full effect before I made my way forward to do photographs. People flocked to the stage when Cold Kingdom came on and at first, I thought, “I want to hear what she can do, Will she be like a majority I’ve heard before?” No, She’s an equal blend in my opinion of Halestorm’s lead singer Lzzy Hale, and Taylor Momsen from Pretty Reckless with a slight twist that makes Dani’s voice unique and powerful. 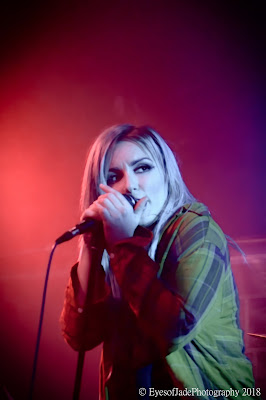 The venue was a bit over the top in sound and I think that might have been due to the size of it? It just didn’t seem to hold the circumference of acoustic quality that I would have like to see.  Lighting was decent, mostly had greens and blues on the band. The occasional white light which is always a good moment for us photogs to catch the band members best quality.


This was my first time seeing Cold Kingdom, and I was quite impressed with the band overall. If you can catch them in a town near you, I highly recommend doing so. The set lasted for about 25-30 minutes I believe, and It was a beat I could really relate to in the Metal world.


Cold Kingdom has been familiar with the stage as they have toured with some large headliners, Nonpoint, Saliva, Puddle of Mudd, Shinedown just to name a few. This tells me a lot as they polish their metal edge and are soon to become headliners themselves the way they are going. 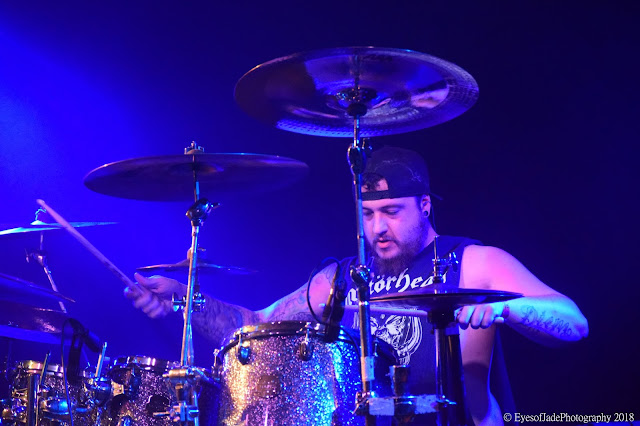 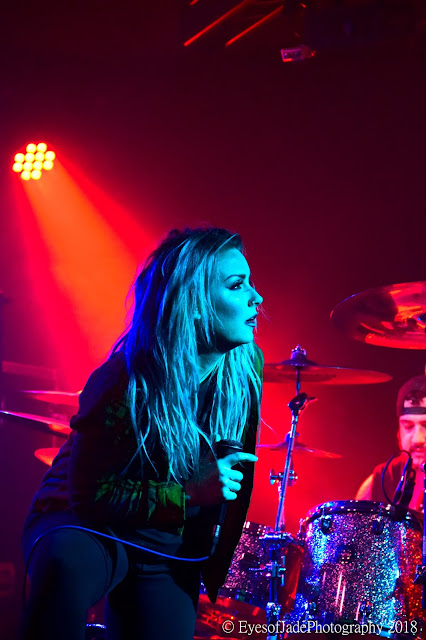 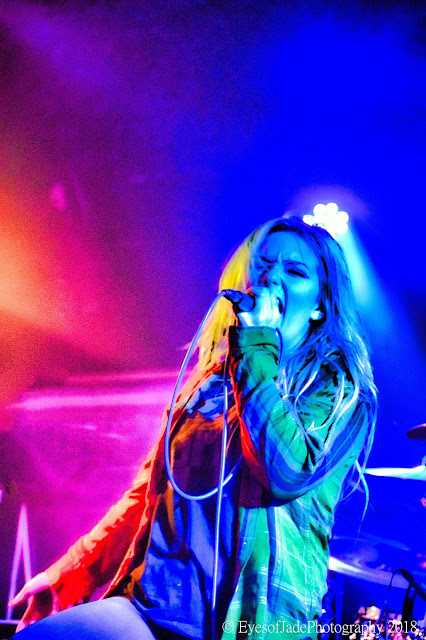 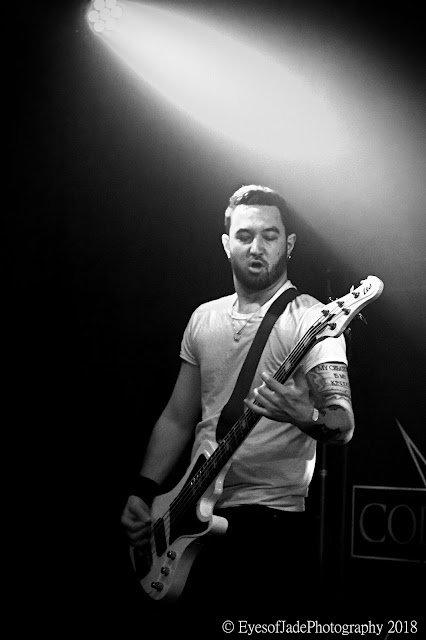 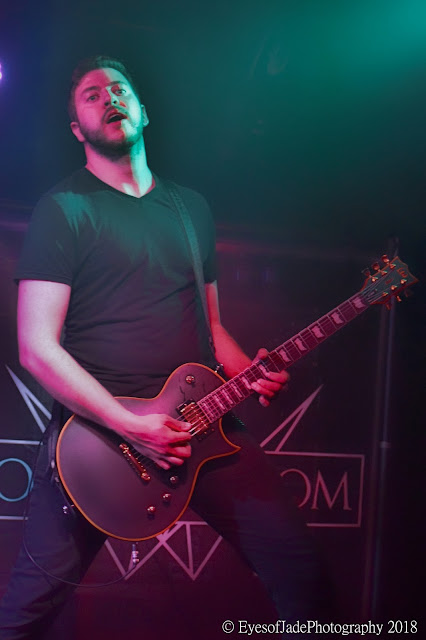 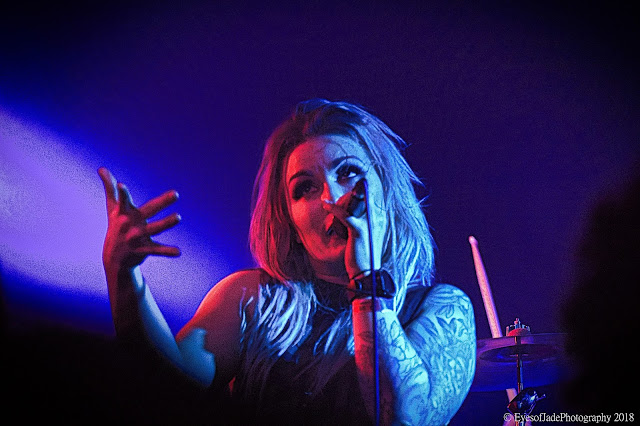 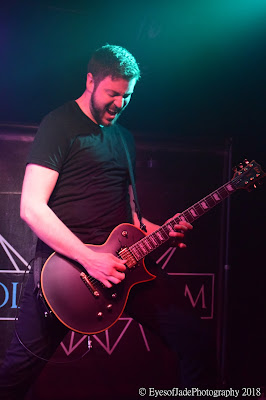 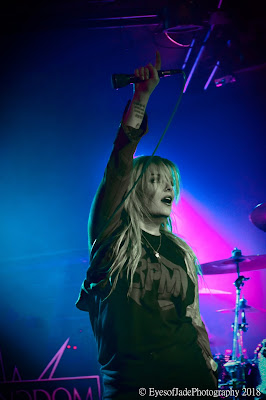 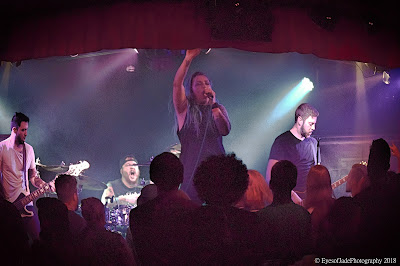 Thanks for a great St. Patrick’s day from this Redhead with the Red Camera.