Interview with: 45 To Argos 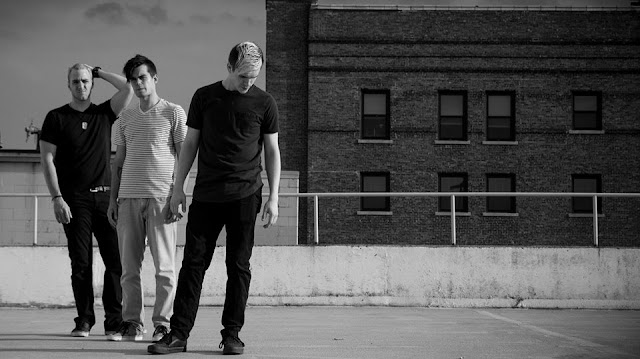 Michigan is a state full of real folks, real hard workers. How much do you think growing up in MI has influenced who you have become as writers and players?


Brandon G.: Being a musician in Michigan opens up a lot of opportunities to learn more about music. It is fun here because there are so many musicians with different influences, and when you talk or jam with someone, you really feel like you learn something new.

What music did you grow up on?

Any particular artist that you would enjoy sitting down with and just jamming?


In 2017 you released a song "Dementia" at that time wasn't there four band members?


Brandon G.: Yes we did have four members. Our other guitarist, Deavon, wanted to pursue different things in life so he left the band in November of 2017. We're still close friends.

Talk a bit how and why you have stayed at three in this current line up.


Brandon G. and Brandon C.: When our other guitarist left we decided to stay a three-piece for two reasons. One, he is our friend and replacing him just wouldn't feel right and two, the fewer people in the band the less hassle scheduling is, the more stage room, the more controlled live sound, etc. It took a while to adapt, but now we feel comfortable as a three-piece.


Was there a personal backstory to "Dementia" as it even seems this current music video/single "Dreamcatcher" has an element that is identifying to the band.


Brandon G.: There was no personal backstory to "Dementia." We just took the concept of self-destruction and elaborated on it. "Dreamcatcher" is a personal song, though. We talk about our hopes and the dreams we and our loved ones have.


What influences you? Where do those moments of inspiration seem to breathe from?


Brandon G.: We are greatly influenced to play harder and sing louder when we play live and everyone in the room is digging our stuff. There's nothing better.


The music video for "Dreamcatcher" feels like it just fits the mood of the band. Would you identify yourselves as being a DIY band of the 21st Century?


Brandon G.: Yes, we're very DIY. We write and record all of our music and we direct and edit all of our videos. We love every aspect of creating our media.


What does 45 To Argos have planned for their summer? Any chance of hoping on Warped Tour?


Brandon G. and Brandon C.: We're just going to play as many shows as we can and maybe even set up a tour. I don't see us hopping on Warped Tour, though.


Finally, tell us how do you feel the most connected to your fans?

Brandon G.: Our fans reach out to us most on social media and music streaming sites. We're definitely the most connected with our fans online.