Song of the Month Black Widow’s “Way to Power”

“Have you ever read the books that I wrote centuries ago?
The Clavicule of Solomon is nothing by their side.They lay bare secret Arts that stood the ravages of time,And practices, once more exposed, that everyone should know.
You play with blood and hair and sweat and ends of fingernails,The very things to do the deeds the Brotherhood demands.You cast with mirrors, dolls in wax, the spell you learnt by heart,Fool you are, you lash up storms and lightning, rain and gales.”


From the full-length studio release, Sacrifice

By Octavio Ramos Jr.
Formed a few months earlier than the mighty Black Sabbath, England’s Black Widow is a lesser-known psychedelic rock band that delved fully into Satanism and the occult for its music and its eclectic stage act. An early incarnation of the band, originally called Pesky Gee!, goes as far back as 1966. The band split, with some members reforming under the name Black Widow in September 1969. Black Widow played an early form of psychedelic rock with hints of folk and blues but with a few signs of proto-metal.


The principal contribution of Black Widow in influencing future generations of metal musicians is the members’ overt interest in Satanism and the occult. Unlike Black Sabbath, which had a very limited and overt interest in the occult, Black Widow entered the world of the occult full force, going as far as staging mock sacrifices of a nude woman on stage during concert performances. Such performances were very shocking for their time, but they also influenced a great many musicians, from early shock rockers such as Arthur Brown and Alice Cooper to modern acts such as King Diamond and many black-metal bands.


In 1970 (the same year Black Sabbath released their self-titled debut album), Black Widow released its debut album, titled Sacrifice. The seven-track CD includes the band’s best-known song, titled “Come to the Sabbat.” However, my personal favorite track of the CD has always been “Way to Power.” 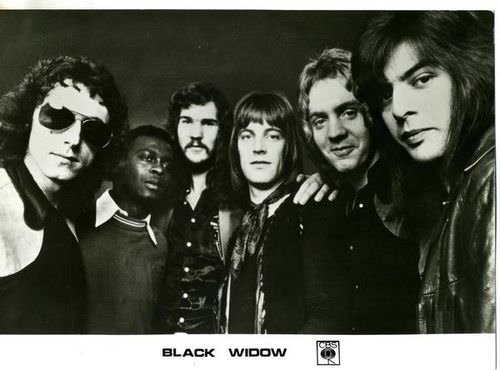 “Way to Power” starts off with some jazz-driven percussion (courtesy of Clive Box), quickly followed by a psychedelic backbeat accompanied by Clive Jones’ saxophone and the haunting vocals of Kip Trevor. Guitarist Jim Gannon contributes a catchy and groovy guitar solo, and also contributes some acoustic guitar, but it’s really Jones’ sax that makes the song stand out. There’s a progressive vibe throughout the composition, with subtle shifts in structure creating atmospheres that range from the way-out to the eerie.


Lyrically, “Way to Power” tells the story of a powerful magician, one who has transcended the use of what he feels is foolish magic (“Fool you are, you lash up storms and lightning, rain and gales”) and has embraced the chaos magic inspired by the Lady of the Moon Ashtoreth (“Side by side we wove the spells the drove mere men insane”). According to this magician, this type of magic is supreme (“The Clavicule of Solomon is nothing by their side), and he encourages any adept to seek this knowledge in his book (“I urge you now to find my books and read the tales and spells that turned the world upside down—confusion everywhere”).


The band recorded three more albums during the 1970s before calling it quits. In the 1990s, members of the former band reformed and released a new CD, 1998’s Return to the Sabbat (a previously unreleased version of the Sacrifice album). In 2008, the band released a live CD/DVD combo titled Demons of the Night Gather to See Black Widow. 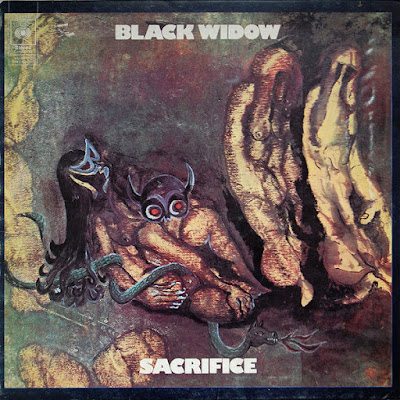