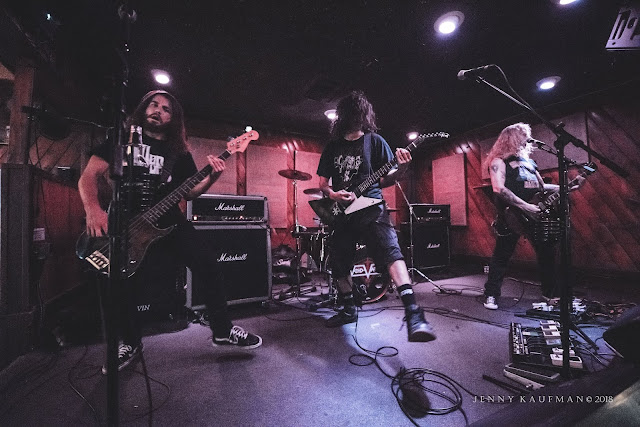 
The last night, the last leg of a tour, four musicians, and four shot glasses!!!
Void Vator is an LA-based band rocking out their ‘2018 SOUTHWEST EXPRESS TOUR’ at the Yucca Tap Room in Tempe, Arizona. Void Vator is made up of; Lucas Kanopa (guitar, vocals), Erik Kluiber (guitar), German Moura (drums) and Sam Harman (bass). The set list included; Until Its Gone, No Return, Toxic Waste, Come to Hand, Stranded, Goddammed Electric, Put Away Wet, Far Away, Nothing to lose, Time Has Come and Over Again.
Their stage presence was high energy on the small Yucca stage, and in conversation with Erik Kluiber they/he have played on smaller stages before. During the show, you could see the head nods and smiles into the audience of longtime fans that stepped out to support the band.
The band seemingly enjoying their time on stage transitioning from one song to another and before I knew it the show was over.
A few things that caught my ear was that the music had layers of rhythm, the vocals had substance and not just the scream-metal making you wonder what is being said. I loved the instrumental guitar intros and they could probably stand alone as it’s on EP.  The overall sound and lyrics have a maturity and congealing of a group synchronicity. 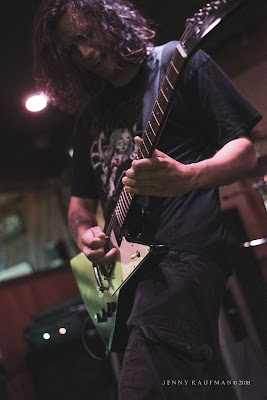 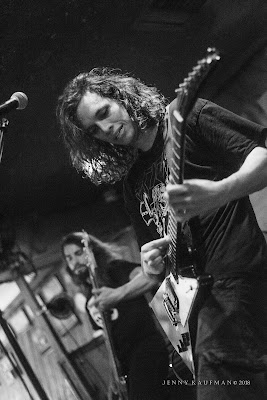 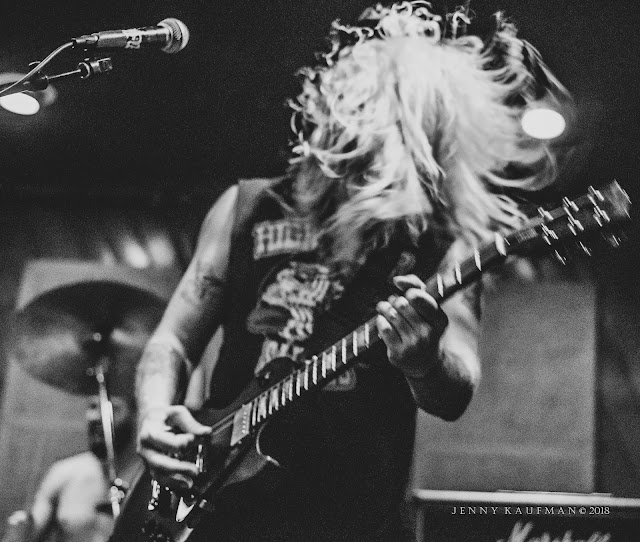 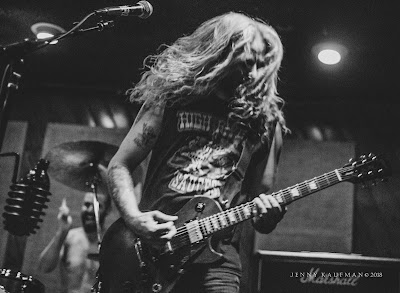 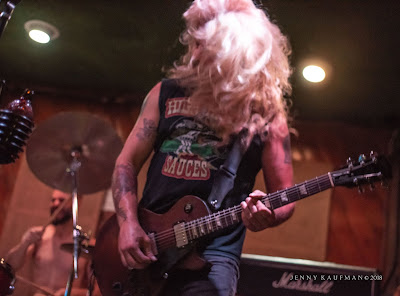 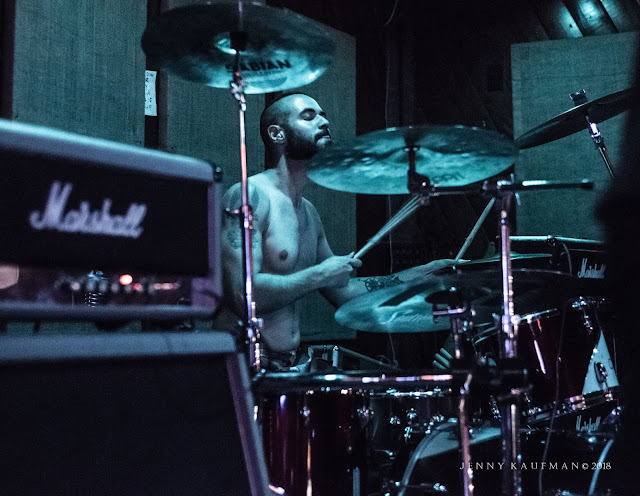 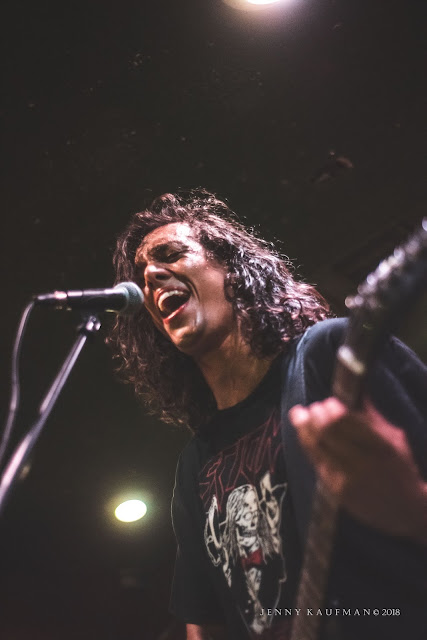 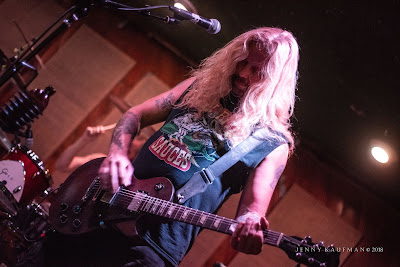 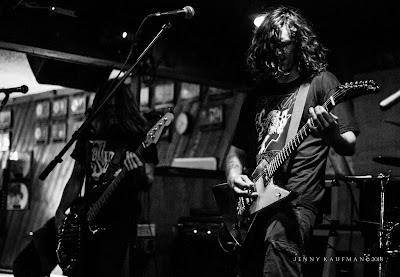 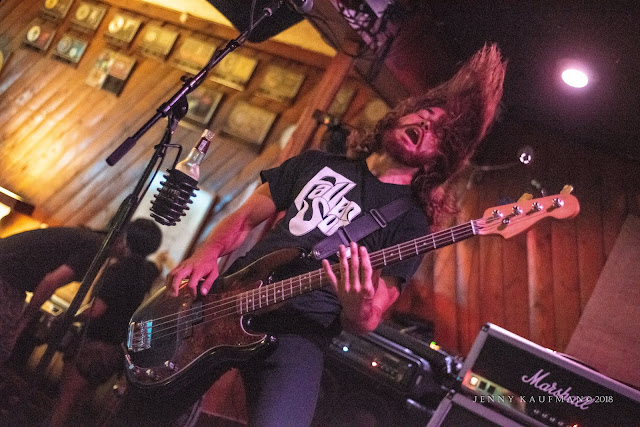 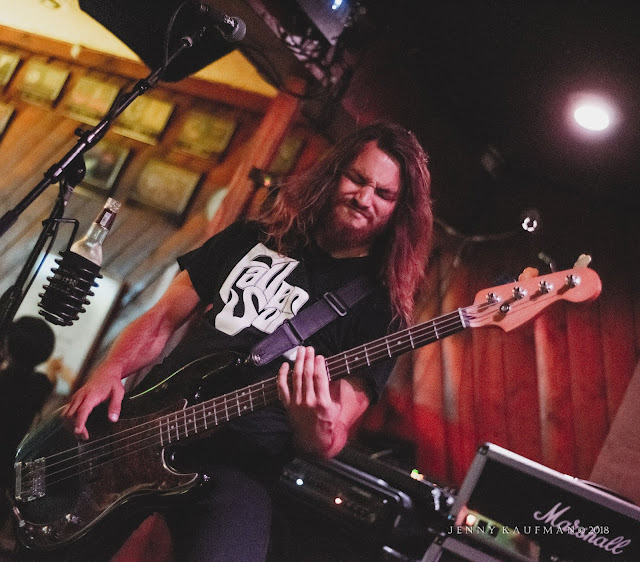 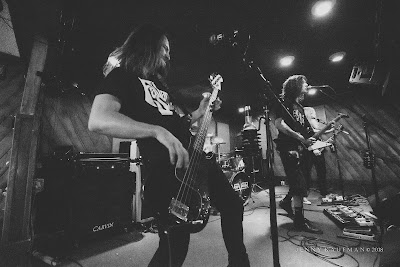 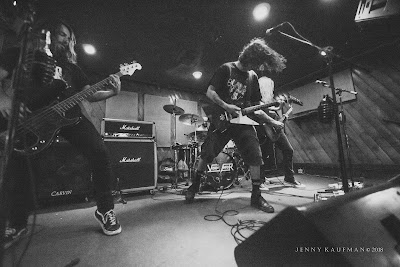 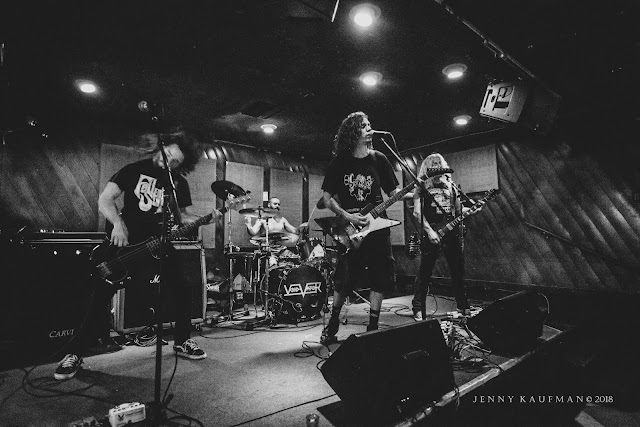 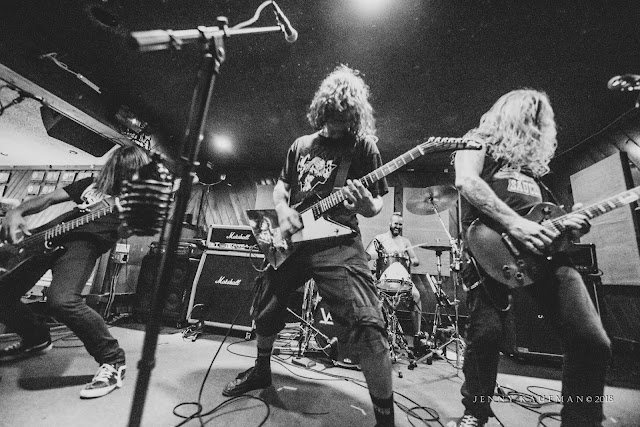