Interview with Joshua Lowry of The Joshua Project: Industrial Music Outside the Bubble

August 21, 2018
The Joshua Project is an industrial, performance art, musical experience, with hard-hitting electronic beats along the lines of Ministry, Skinny Puppy, or Combichrist supported by an intense on-stage theatrical production that never lets up.
TJP's freshman effort (428) was recorded, mixed, and mastered by Mike BBQ of Dethkultur BBQ at Big Door Studios, Houston, Texas and released early 2008 under Joshua's private label "School Money Records.” He went dormant shortly after it’s release and returned with a more aggressive electronic sound in 2015, leading up to the release of “WWIII: REFUSE" in March 2018 and "WWIII: RESIST" scheduled for release in the fall of the same year. Both albums are set to be recorded, mixed, and co-produced by Mike BBQ in Houston, Texas before being mastered by Peter Doell of AfterMaster Productions (Beverly Hills, CA). Peter, who is best known for his work with Miles Davis, Celene Dion, and Marilyn Manson, has already worked his magic on REFUSE and is expected to have his hands on RESIST by October of 2018. With the release of WWIII: REFUSE complete, and the majority of WWIII: RESIST recorded and mixed, a national tour is in the works, as Joshua hopes to bring the sights and sounds of The Joshua Project to the rest of the US. 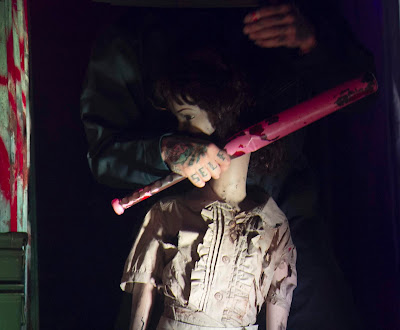 Carox got to meet and talk with the man behind the mask outside a local Houston music venue recently.
Carox: Tell me first of all when you first started the Joshua Project.
Joshua: I would like to say back in 2007 or 2008. It started out as something I was doing on the side in between metal bands. It was not even The Joshua Project at the time,. I was a vocalist for some metal bands. I played bass in some metal bands around town and this was just stuff I was working on. Bands tend to come and go, egos get inflated, one person crashes, then the other person, the music gets tossed aside. But I noticed this project that I was working on kept moving forward because it did not have all the drama that was attached to it like the metal bands. I was posting it online, this was back with Myspace!
Carox: How was it born? What was the idea behind it that inspired you to have this project?
Joshua: Well, I wish I could say it was all like pre-planned but it wasn’t. I mean I have always been a writer, a poet, I was the guy that would sit in class and fill up tablets of poetry. I have always had the ability. I have always been a kind of shy person! It was kind of an evolution. When I first got into music and performing live, I was a bass player. I could easily tuck myself away into the side of the stage.  As that music side of me evolved, I began to put ideas out there and push myself that extra bit. I got a good response and positive feedback and then I would push myself more and that turned in to what I am doing now. 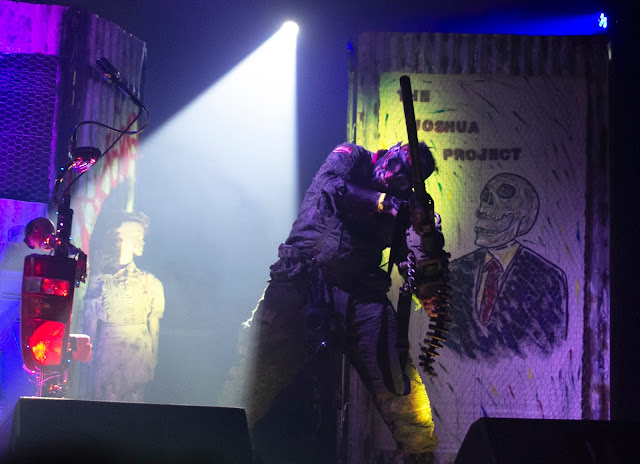 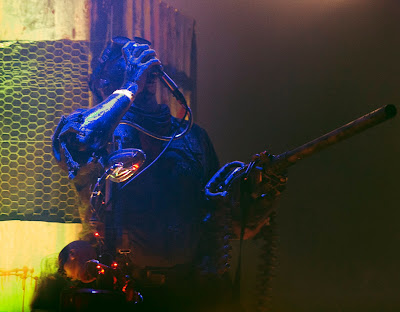 Joshua would like to thank his believers with this personal message: Monica Mazoch, Adora Mazoch, Mike BBQ (Dethkultur BBQ), Ginger Kinder, Michael Marksberry (Anova Skyway), Jason Perryman, Jose Domenaz and Steven Lehrbass (Dread Pixels), Colin Travis, Monika Casella, Khris Harding (Punkstar-Radio)....and of course, everyone who comes out and shows support. I can honestly say, if it weren’t for people coming out, I would perform much less than I do. There’s a lot of production value involved with each show and I certainly am not banking on any of this....heh.I do it because I love to perform for people. I love the responses (good and bad), because that means you’re paying attention to an important issue - one that you can easily look away from as you go through your day to day doings...but not while I’m on stage. 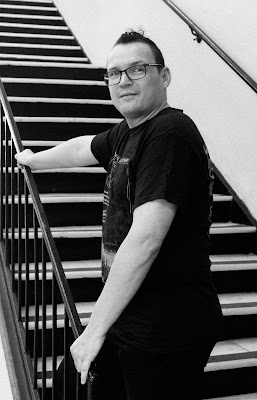