SIX QUESTIONS WITH GIN BLOSSOMS: LIFE ON THE ROAD 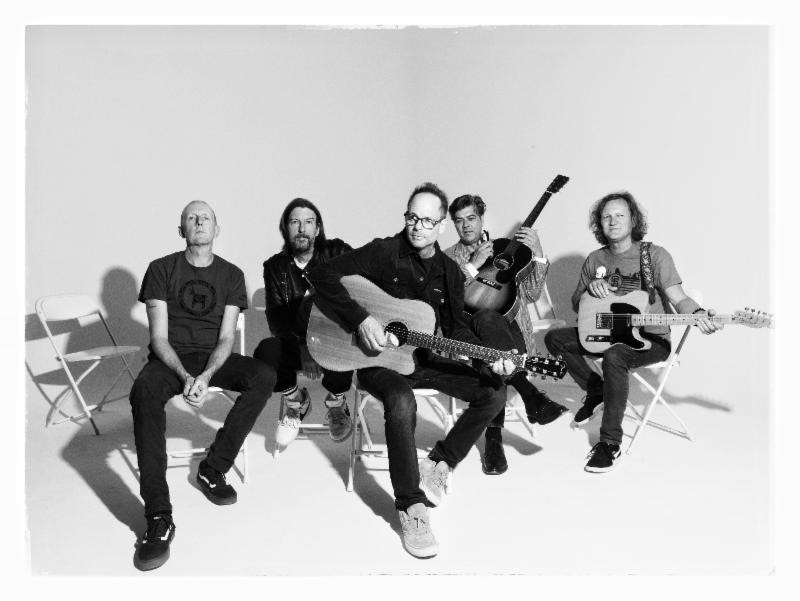 Pictured, from L-R: Bill Leen, Scott Hessel, Robin Wilson, Jesse Valenzuela, Scotty Johnson
GIN BLOSSOMS, one of the top alt-rock groups of the '90s who celebrated the 25th anniversary of their multi-platinum album New Miserable Experience last year, recently issued their first new album in eight years,MIXED REALITY (produced by Don Dixon). They continue to tour and are as committed to the road as ever (see below for upcoming tour dates). We recently caught up with them and asked how the band maintains their sanity as they log more miles and check in and out of hotels.
1. Do you unpack or live out of your suitcase on the road?
Robin Wilson (Lead Vocals & Guitar): When touring on a bus, I unpack my things into the rear lounge of the bus and use a tote bag to take only what I need into my hotel room or venue. When at home, I never totally unpack, and use my luggage as a dresser.
Jesse Valenzuela (Vocals & Guitar): Never unpack. Though I wish I did. Looks so sophisticated in the old movies to lay out a wardrobe. We generally spend only hours in any particular hotel room.
Scott Johnson (Guitar): No, never unpack, hasn't ever crossed my mind.
2. On a day off in a city, what do you do with your time? How do you find out which restaurants to go to?
RW: I work out, ride my bike, and try to have a fine meal at a locally renowned restaurant. I use the Apple map and Yelp to find restaurants.
JV: Taking a walk is a great pursuit. Recently spent an afternoon at the Morgan Library and Museum in NYC. Beautiful place filled with fantastic books and artifacts. Knocked out to see actual letters and notes from Pablo Picasso and Albert Einstein...
SJ: Days off I am pretty beat up. Sometimes I will look for a yoga studio but even that can be difficult because each studio and teacher are so different. I Google restaurants nearby.
3. Have you ever had a rough time going through customs?
RW: Not really, but it's never fun.
JV: No troubles through customs...but patience is definitely helpful. In fact, patience is my rule of travel.
SJ: I never have but had crew guys get "pulled over." Canada customs have taken guys into private room for a 10-year-old DUI arrest to intimidate them and then make them pay $200 to go in for 2 days.
4. Is there one item that you always bring on tour to remind you of home?
RW: No. But I have a "bus box" of items I always want with me when on tour. Items such as: skateboard, backpack, bicycle.
JV: I have pictures of my family on my phone obviously, but I also keep a real picture of my wife in my guitar case...so that we can "visit" before a show.
SJ: I have brought pictures of my GF before but kept leaving them in the room.
5. How do you navigate the challenge of keeping in touch with loved ones while traveling?

RW: I wing it.
JV: I enjoy looking for special cards to send to people I love. Receiving actual mail is still a real kick! And a million phone calls a day.
SJ: I once watched a movie with my GF on the phone once. I rented in at the hotel and she went to Redbox. We synced it up and watched while on the phone. Phone sex works too.

6. What is your favorite album or songs to play on the long travel days?

RW: On long travel days I read magazines. My favorites include WIRED andEsquire. I also try to have several episodes of an engaging television series. Good examples include: Fargo, The Wire, American Gods, The Expanse.
JV: Lately, I have been listening to Jason Isbell...He's really a gifted writer and like his ease with vocals. He phrases really well...makes it sound like the song has been around forever.