Song of the Month Pantera’s “Cowboys from Hell”

From the full-length studio release, Cowboys from Hell 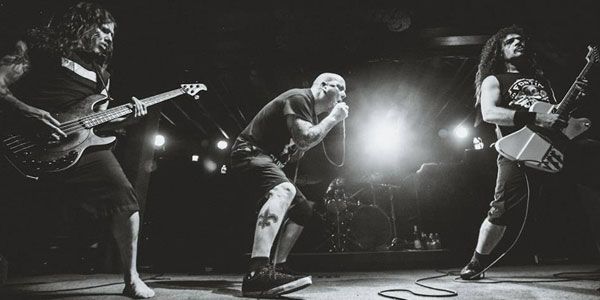 In 1981, brothers Vinnie Paul Abbott (drums) and Darrell Lance Abbott (guitar), along with original vocalist Terry Glaze, formed the glam-metal band titled Pantera. In 1984, Rex Brown joined on bass. From 1983 to 1985, the band released three full-length studio albums, all showcasing a glam-metal vibe with an undercurrent of power and heavy metal. Wanting a heavier sound, Pantera (Spanish meaning “Panther”) in 1986 replaced Glaze with Phil Anselmo, and two years later the band unleashed Power Metal, which built on its foundation of glam metal a searing thrash-metal sound. Further experimentation would lead to a groove-metal sound, a mix of power and thrash, showcased in the band’s signature release, 1990’s Cowboys from Hell, which many fans to this day consider its breakthrough album.


Before recording this album, the band stood at a crossroads, with its members wondering if Pantera should continue to exist. Labels were not interested in Pantera’s current sound, despite its evolution. However, things changed when Atco Records representative Mark Ross caught the band live—he was blown away with the intensity and heaviness of its set. Signing Pantera, Ross had no clue about the band’s revived sound, one that would be captured on Cowboys from Hell.


Featuring songs such as the groove-laden power-metal anthem “Cemetery Gates,” bad-ass thrashers such as “Medicine Man” (hit those high notes) and the infectious “Art of Shredding,” and heavy jammers such as “Psycho Holiday” and “The Sleep,” it’s hard to pick just one song from such an incredible album. However, for me, Pantera’s best representation on Cowboys from Hell happens to be the title track.


The opening riff, with its sudden drop before going into a chug-chug-chug courtesy of guitarist Diamond Darrell (the days before he would be known as Dimebag), followed by the percussive bursts of Vinnie Paul and the shrieks of Phil Anselmo, set the stage for the carnage that follows. Combining a relatively quick pace but also dropping down some heavy guitar riffage, this is Pantera mixing it up under the moniker of groove metal. Yes, there are thrash-metal structures within, including a killer solo and various hook-lined stings by Darrell, but there is also the heaviness provided by the rhythm section of Paul and bassist Rex Brown. There’s an undercurrent of complexity in this song, with the riff undergoing several subtle metamorphic shifts, but it’s really the groove that underlies the entire song that really makes it worth turning up to maximum volume. Anselmo here is in prime form, changing his shriek at will. 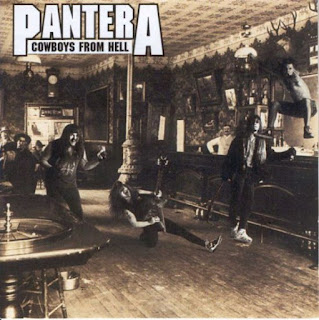 As for the words, “Cowboys from Hell” is a road song, one that is intended to introduce the band and its bad attitude. Throughout the song, the band compares its nightly performances to a Wild West showdown, complete with a shootout. It’s a world where bad guys wear black and are “tagged and can’t turn back.” Of course, the showdown is really about winning over fans one at a time, with each one caught up at “high noon, your doom” and thus there’s nothing left, “Cause a ghost town is found/Where your city used to be.”


As with many bands, Pantera succumbed to drugs, with Phil Anselmo, in particular, having a difficult time with heroin. Anselmo also began to work on numerous side projects. In 2003, the Abbott brothers broke up Pantera, believing the Anselmo had left the band. The breakup was tough and far from amicable.


The Abbott brothers would go on to form Damageplan, but there were always rumors of Pantera getting back together. Things would turn even worse when Nathan Gale shot and killed Dimebag Darrell during the first minutes of a Damageplan performance. On June 2018, Vinnie Paul died at the age of 54, supposedly of a massive heart attack. With the Abbott brothers gone, so goes the mighty Pantera.