Interview: At the Heart of Guitarist Shani Kimelman


"First and foremost when it comes to playing your guitar you must make sure it’s tuned..." Shani Kimelman

Allyson Jaynes: Some people pick up a guitar and just play. Others become their guitar and create. Which fits you, Shani?
Shani Kimelman: I love playing other’s music as much as I love creating my own. Sometimes I’m in the mood to play a certain song or work on technique, and sometimes I just feel like writing or noodling around. I also like creating music without having a guitar in my hands. It helps me think outside the box (or the fretboard) and come up with totally different ideas. 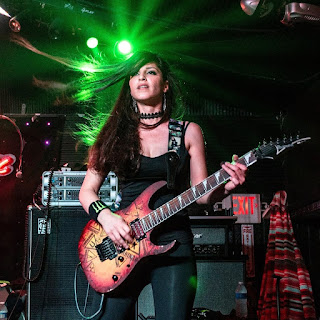 AJ: Watching your videos on YouTube along with the rest of the world one might see an old soul. There’s history in your eyes. Shani who was it that influenced you musically, physically, mentally and spiritually on this journey so far?
Shani Kimelman: There are so many musicians that influenced me. From family to friends and people that I've met along the way. I can’t name them all but they know who they are. And of course, my guitar heroes: Paul Gilbert, Nuno Bettencourt, Van Halen, Greg Howe, Jason Becker, Marty Friedman..they, and many other guitarists and bands, have been a great inspiration for me and the reason I chose this path.

AJ: What song would you write and play for those who guided you?
Shani Kimelman: Either "Space Cats" or “Psylence”! Both from my EP Escape Velocity:

AJ: Our youth need role models... do you ever stop for a moment and catch yourself realizing the role you’ve taken on?
Shani Kimelman: All I know is that I do what I love and I set up goals for myself and go chase them. If I can be a role model to anyone then that’s a huge compliment and an honor.

AJ: If you had an audience captured in an hour of undivided attention what would be one story you’d share with them? What would be one cover song you’d play for them and why?
Shani Kimelman: That’s a hard one. I’d play a cover of "Shine On You Crazy Diamond" by Pink Floyd. That’ll take care of about 20 minutes. :) One story I’d share is about the day I decided to change my life and move to the U.S.

AJ: If given the chance to design the ultimate guitar to not only sound precise to your liking but artistically be aesthetically pleasing to you what would be your must haves from beginning to end?
Shani Kimelman: My Dream guitar would be a combination of Ibanez 92UCGR Cosmic Swirl II and the Ibanez Jem. It will have a Maple neck and fingerboard, Basswood body, 24 jumbo frets, and the pickup configuration and bridge would be like the Ibanez Jem - 2 DiMarzio Evolution humbuckers for the neck and the bridge, and one DiMarzio Evolution middle single coil, with an Edge Pro bridge. It’ll have the Cosmic Swirl II finish and black pearl inlays.

AJ: Where does your soul connection begin with music?
Shani Kimelman: My roots in music began with an introduction to the blues. Muddy Waters, B.B. KING to name just two. It felt right, like the grit and crackle of vinyl spinning on an old stereo in a gin-soaked bar room. I was exposed to Jazz music at a very young age and was always attracted and fascinated by the power of chords and harmony. Later I discovered Rock and Metal. When I discovered bands like Pantera, Fear Factory, TOOL, Mr. Big, Aerosmith, Extreme and more, that’s when I knew I want to be a guitarist.

AJ: What do you favor? Touring, creating, or recording?
Shani Kimelman: Right now I favor touring. I really enjoy traveling and performing. But it starts tickling me if I don’t write or record something for a while and what I’m really looking for is a good balance between the three.

AJ: Do you lean more towards science and the arts overall would you say or literature and a command of language?
Shani Kimelman: Science and arts.


AJ: The future is wide open to possibilities Shani, do you foresee a clearer path for females in this industry?
Shani Kimelman: I think at the end of the day, if you want to make it in the industry, you need to be good enough at what you do so it won't matter anymore if you’re a male or a female. Music has no gender and the path is the same for males and females. So if you work hard and willing to do whatever it takes to get what you want you’ll get it regardless of your gender. 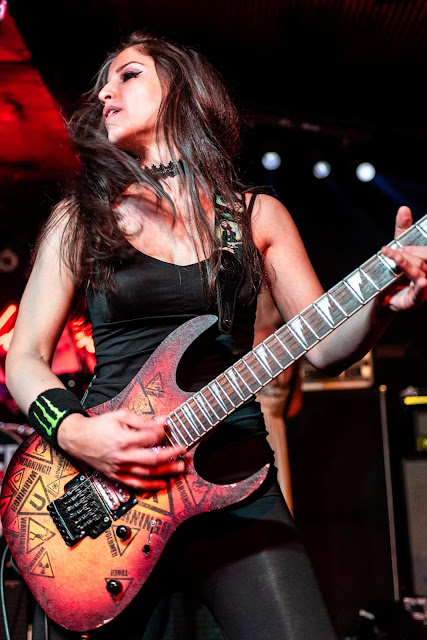