From the full-length studio release, In Your Dreams 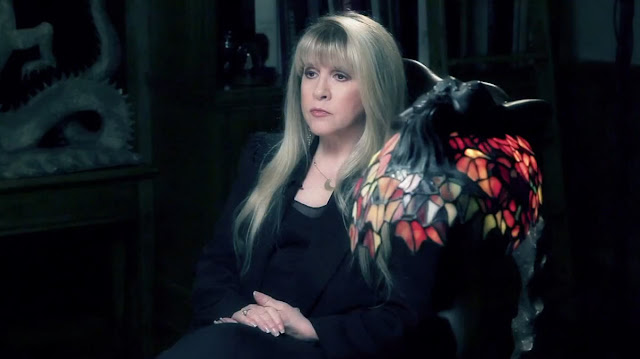 
Stephanie Lynn Nicks, better known by her moniker “Stevie,” started her musical career while still in high school, when she joined a folk-rock band known as Changing Times. Stevie would then spend several years with her then-boyfriend Lindsey Buckingham’s band, Fritz. The duo would go on to form Buckingham Nicks, and it is the same duo that in January 1975 joined the band, Fleetwood Mac.


During her time in Fleetwood Mac, Stevie Nicks cultivated her mystical stage persona and began to craft her poetic, symbolic lyrics, some of which explored the darker and more magical things in life. One standout track is “Rhiannon,” originally recorded on the Fleetwood Mac’s self-titled album in 1975. The song was inspired by the novel Triad, written by Mary Bartlet Leader. The novel centers on a woman, Branwen, who is possessed by another woman, Rhiannon. Stevie’s lyrical take is filled more with enchantment than overt horror, but there are elements of the dark, such as the following: “She is like a cat in the dark/And then she is the darkness/She rules her life like a fine skylark—/And when the sky is starless—.” This type of interweaving of dark and light would become a Stevie Nicks trademark, particularly during her solo career.


In 1981, while still a member of Fleetwood Mac, Stevie Nicks began a solo career. To date, she has released eight full-length studio albums as a solo artist. Her 2011 release, titled In Your Dreams, features a number of stellar tracks, including “Moonlight (A Vampire’s Dream),” “Ghosts are Gone,” and a musical composition of Edgar Allan Poe’s poem “Annabel Lee.” 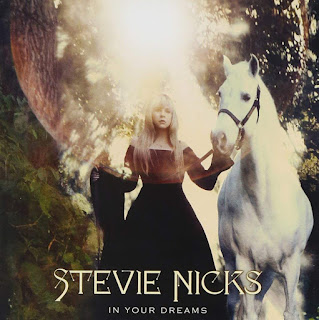 The major challenge behind “Annabel Lee” was crafting the music so that it preserved Poe’s captivating words and poetic prowess, so Stevie Nicks worked with session guitarist great Waddy Wachtel to flesh out the musical component of the composition. Wachtel's guitar riff works hand-in-hand with Stevie Nick’s wonderful melody line, with the percussive beats really kicking in toward the end of the song, giving the song a dance vibe. Stevie’s melody works right off the poem’s lyrical structure, and it’s simply amazing how the music complements the words, even as they change from stanza to stanza.


Lyrically, the bulk of the poem is left unaltered, with the words of Edgar Allan Poe given center-stage and delivered with aplomb. Once the poem proper is over, Stevie adds her own personal lyrical extension, basically taking Poe’s words and weaving them with her own distinct flair.


“Annabel Lee” is one of Poe’s final poems, originally published in the periodical Sartain’s Union Magazine of Literature and Art in January 1850, three months after his death in 1849. Like many of his poems “Annabel Lee” tells the tale of a man (the narrator) who falls in love with a beautiful woman, only to lose her to death. The poem reflects Poe’s own bouts with tragedy, including the death of his wife (a cousin whom he married when she was just 13 years old), Virginia Clemm. In an interesting reflection in the poem, both the narrator and Annabel Lee are children when they fall in love. This assertion reflects Clemm’s own age when she married Poe and perhaps hints and the child-like nature of Poe himself. In the poem, Poe celebrates primitive emotions, but he also recognizes that the primitive can become complex, even bizarre, mirroring his own obsessions, such as jealousy, worship (rather than simple love), and obsession.


Poe referred to “Annabel Lee” as a ballad, and so Stevie Nicks has taken a step further and crafted a musical ballad, one that preserves Poe’s original words and brings them to new life with an enchanting musical score.