Tracking Unsigned Artists: There is something to be said for a name. Sometimes it means something, other times it just sounded right. Where did your band name come from?

TUA:  Describe the music you make. (Give details to its sound, lyrics, and structure)


Geil U.K.: Good question. It’s a combination of many styles. We like all kinds of music and we created a mutant we loosely call it ‘country-industrial’. We’re influenced by Metal, Country, Rock, EDM, Disco, and more. Anything goes, as long as we like it and think you’ll be entertained by it. Most importantly, we want hooks and groovy beats. We feel music has gotten stale, and we want to shake things up a bit. That’s why we combine programmed beats and noisy parts with real instruments, mostly bass, guitar, banjo, etc. We stick with fairly familiar song structures and add a healthy dose of humor, which leads back to the band name.

TUA: What formats do you prefer to release your music on? Digital, CD, Vinyl, Cassette, All the above?


Geil U.K.: We only release digitally for now. The kids today don’t really care where the music comes from, as long as they can hear it when they want to hear it. They don’t even care if they own it. Ride-share, gig economy, streaming - it’s all part of the larger changes coming at us. Sharing versus owning.


TUA: Your current single playing on TUA's list tell us about the song. If there is a music video that goes with it, please share the link. 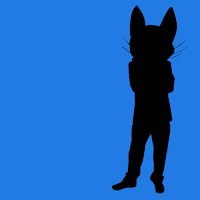 Geil U.K.: Hipsters of Hollywood is a light-hearted take on hipstering. We live in the midst of Hipster-central. While the song is making fun of hipster culture, it’s done in a good-natured way, and we’re all having fun. Live is so damn serious we need to be able to poke fun at ourselves and each other.


TUA: In your opinion why is playlisting important or not important to you and music? What suggestions might you give to other bands wanting to utilize Spotify to its fullest?


Geil U.K.: Playlisting is becoming increasingly more important, while terrestrial radio’s influence is declining. It’s also part of the major changes mentioned earlier. Some playlisters are like rock stars or at least DJ’s. They can, along with algorithms, create great exposure for artists. It’s vital to use the streaming platforms to their fullest potential.