Interview with Carry the Storm, Metal Gem from Houston Return to the Radar 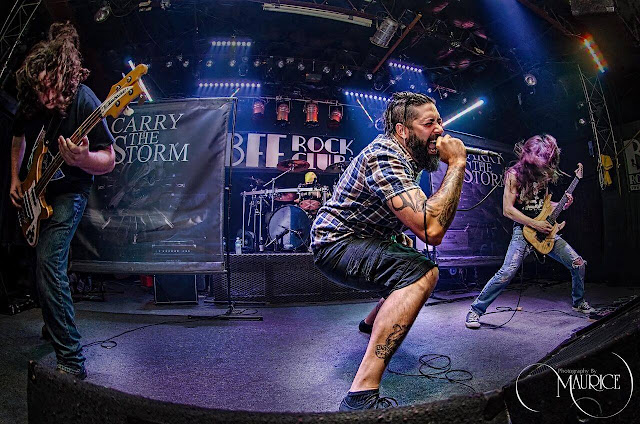 Dynamic, memorable, intense, virtuosic – these are words that have been used to describe the music of Carry the Storm.

Comprised of Nick Koumbis on vocals, Kelly FitzSimons on guitar, Joe Praetorius on
bass and piano, and Darren Robertson on percussion Carry The Storm formed in 2008  with a
mission to create a style that was to ultimately stand out among the other bands in the metal genre.

From the intensity of bands like Pantera, and Soilwork, to the classic colorful sounds of Rush,
the band have amassed a body of work that is sometimes as complex as Opeth, and at times
has a straightforward pop simplicity and accessibility that they can call their own.

Despite the ever-changing climate of metal music and all of its sub-genres (and sub-sub-genres), Carry The Storm has continued to refine a sound which almost defies categorization. Their songs are meticulously crafted to be both thought-provoking to the musician, and memorable to the casual listener.

Carry the Storm took hometown of Houston, Texas by “storm” early on with their first few shows, and word of mouth spread quickly about the quality of their live performances.
Coupled with a DIY sense of relentless self-promotion- both online and old school street team
style - Carry The Storm were soon playing some of the biggest venues in town usually reserved
for more successful touring acts, such as a local showcase at Buffalo Bayou Theater and a near
capacity headlining show at House Of Blues. Yngwie Malmsteen, Symphony X, Epica,
Chimaira, Oceans Of Slumber, and Lacuna Coil among many. Carry the Storm have also begun to play in other cities in Texas, and regularly play every year in Austin during South By Southwest.

The band has faced a lineup change as well as a few challenges since its inception but
nevertheless perseveres in the face of adversity driven by the hunger to continue writing
material they are proud of, and to perform live as a top-notch band.

In 2011 debut full length From Nothing was released.

In 2017, Carry The Storm released i/E, the EP which is a quantum leap forward from the debut album in terms of songwriting, performance, and production
.
Here is a released video from i/E to give a taste of this Houston gem of talent:

Now or Never by Carry the Storm

Carox: Tell me a little about what has been happening in the last year for you guys.

Kelly: Carry The Storm has been busy. We recorded an album in 2017 and released it and off the back of that, we have been learning to promote ourselves in a more online sort of way, rather than on the streets marketing with handing out fliers. We have been trying to transition into the modern game of things and right now it is working really well. We also have been concentrating on playing more out of town in other cities around Texas and working on getting our music out. We have condensed our songs a little too, to where they are more easily digestible but still retain their interesting musical stuff.

Carox: How long has the band actually been together?

Darren: It has been five or six years. When Joe joined us on bass we took a hiatus. We did another project called the Mercury Cure for about a year and a half and recorded some music but we did not release it – we may one day if we find the right singer. We wanted to be able to do something outside the normal metal – it was more rock n roll. 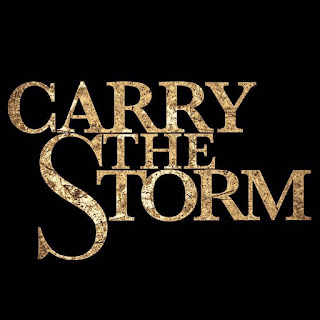 Carox: But then you came back to Carry the Storm, what is it that brings you back again?

Darren: Coming back to Carry the Storm is to reinvent Carry the Storm. If you look at our first album, it has ten songs, there were two guitarists in the band at the time, a different bass player, the only people left from that band are Kelly and me. Even if we play something from that album today live it doesn’t sound like that album –it will have a different twist to it. The EP we just recorded is a good representation of our new direction – it is a little bit more concise.

Carox: So tell me about the writing process for the EP i/E.

Nick: It started in 2014 – we had songs in the bag and then after taking a break from Carry the Storm, and losing a couple members was like the creation of i/E, and then going forward with only one guitar player and achieving what we wanted to.

Carox: What is your favorite song to sing?

Nick: It is a concept record. They all mean something to me. Every one of them has a different meaning and attitude.

Carox: Do you write the lyrics – where do they come from?

Nick: Without giving too much away, it is the introvert and the extrovert. The person who finds solace in being by themselves but also can move forward and try and be that extrovert that accomplishes certain things. It is almost like beating yourself up when you are at your lowest and then finding yourself and accomplishing the most out of life. It comes full circle.  Every song takes you to a different place, mentally You have to find your dark place and then the light at the end of the tunnel for all songs.

Carox: Well that is life! Joe when did you come into the band?

Joe: Not only are these amazing people just all around but they are also the best musicians I have ever had the privilege of playing with. Every single one of them is on their stuff and tight. They are easy to play with and it is still fulfilling. I love to play with these guys. 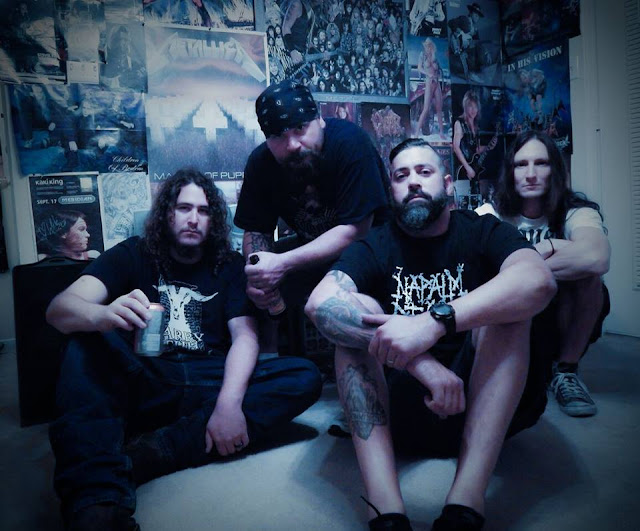 Carox: What are some of the favorite gigs you have played?

Kelly: Critical Assembly is one, Death of A Dream from Austin and The Steve Satchel Band. We miss Carrion Sun. There are way too many to mention but those stick out in my mind a lot.

Carox: Gigs for this year?

Kelly: As of this year this will be the last gig of the year because we are going into the recording studio in November.

Carox: What would you like to say to all the people who have stuck with you as fans since 2008?

Kelly: First of all I would like to say thank you for keep on coming out even when there is so much competition in this city. It means a lot.

Joe: I appreciate you all like our music, we work really hard on this. I really enjoy playing this music and I am glad you like it.

Darren: Thanks for sticking with us for all the lineup changes and for being friends not just fans. Come to our shows and have a beer and hang out with us.

Nick: Wait for it – we are going to blow your minds. If we haven’t already done it, we will now! Its time, it is now!

Rock on Carry the Storm!

Buy and support this band at : Spotify and Itunes.
Carry The Storm
Location: Texas, USA