Interview with Rock Band: Never Us 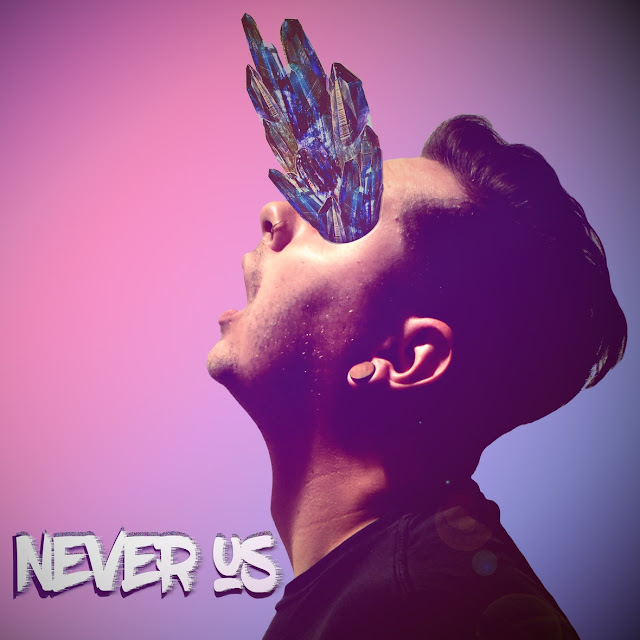 Declan Rogers: What is the rock scene like right now where you all are in Arizona?Steven Parent: I feel like it has a healthy mix of everything, it is definitely diverse. I've been to progressive rock shows, punk shows, pop shows, and many things in between.

DR: Do you feel like there is a good support system for music there? What can be improved, what advice would you give to other hometown bands?Steven: The amount of bands in the scene here definitely feels a bit saturated, but that said people mostly don't take it for granted. Most people tend to stick around for all the band's sets, not just leaving after the band they came to see is finished or if they played an early set they'll stick around for the other later bands. If you don't do that now, that would be my advice. You not only support the scene but its almost always a fantastic networking opportunity.

DR: Where do you see yourself as a rock band and your sound? Steven: With the latest songs we've recorded, we've really pushed outside of the box of where we were prior. We were mostly a poppy, punk, chuggy sort of band before this. Now we have infused those sensibilities with many other sounds and incorporated other styles into our sonic amalgamation, so there's not only those elements that existed in our music before, but there's also things like hip-hop elements and clean guitar sounds in the mix now. It's overall a more refined, adventurous version of what we have done in the past.


DR: You are working with musician and producer Matt Good currently. How did this relationship come about?Jesse Clark: We are incredibly lucky to have Matt in our mix. He has seen our potential when no one else cared to. He gave us free advice and we listened with open hearts and open ears. Our mentality for music shifted with him in the picture but definitely for the better. Overall, we submitted our music to him in hopes to record a single and he agreed, from there we really sprouted into a full refined sound. We're definitely still growing though.

DR: What do you feel Matt has brought to Never Us and what is it you all bring to his side of the table?Steven: It has been a very cool thing working with Matt as he is a fantastic producer and he ended up being really invested in making sure things turned out as great as they could. He brings many things to the table. I think he pulls awesome things out of each one of us like he really focuses on helping us be the best we can be. He never tried to make us be something we're not, it's more like he just tries to amplify who we are. I think what we brought to him was an exciting and fresh sound that we painstakingly crafted and recrafted before even entering the studio, so I think it ended up being a fun opportunity for him to help us further sculpt this sound even more than we already had.

Jesse: I think Matt really extracted my voice from a level of brotherly pushing. I can't imagine working with anyone else besides him because he is so in tune with my voice that it just makes me feel like he truly cares.


DR: You decided to release the song "Retrograde" as a single with no video. Why?Jesse: Great question! We did an animated crystal as our semi-static video for the release. Honestly, it came down to seeing how well the song did on its own merit. No dilution of a video distracting from the art in which we poured our soul.

DR: Out of the songs you have recorded and produced so far, why did you start with "Retrograde?" 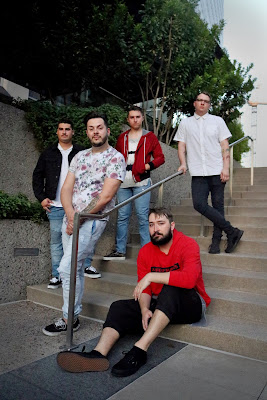 Steven: Retrograde along with a couple of the others were considered to be released as the first single out of these songs. I think we were aiming for a good "middle ground" song that had a good balance of all of the elements that are featured in this new music, and obviously we're stoked about having Matt Good on this tune which made us even more excited to share it, so that's part of why we ultimately decided on releasing this one first.

DR: How is its sound defining who Never Us is?

Steven: I believe the sound we've achieved with these new songs has opened the creative floodgates for us. We've gotten more adventurous and matured a lot with these songs compared to past efforts(though I still love our old songs too). For those reasons, I think our music could be defined as dynamic and triumphant.

DR: This is an open invitation for you, Never Us, to tell those who are getting to know you who you are, and why they should be fans of your music.Jesse Clark: I believe people should be a fan of Never Us because we are genuine people from diverse backgrounds. For example, I survived child abuse in every form imaginable. Without going into detail, that has been something that had broken me down during my teenage years. I wanted to die, tried to die, took out negative energy on people who did not deserve it. I wasn't the best person but I overcame it and got healthy and survived. I want to help those who feel like they have no hope to know they are not alone. Listen to my words and know you are not alone.