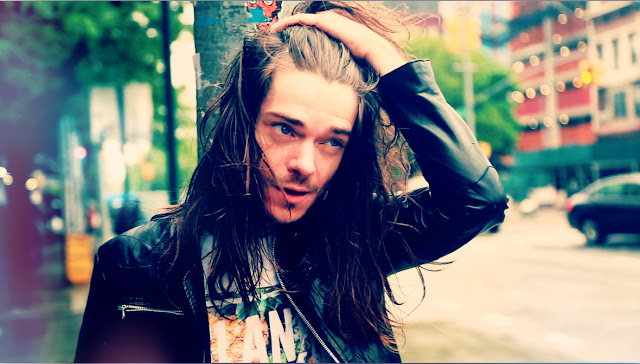 Tracking Unsigned Artists: There is something to be said for a name. Sometimes it means something, other times it just sounded right. Where did your band name come from?

CAMU: It's my name. It also means friend in Finnish, it represents the camaraderie between us. The trilogy being released by CAMU is my story since NAKED disbanded 8 years ago so a new name made sense for the whole project going forward. New music, new name, a fresh start. Who knows what we are leading up to. I am also more invested in this than I was in NAKED as I am spearheading this on many levels.
TUA: Describe the music you make. (Give details to its sound, lyrics, and structure)

CAMU: It's what comes out of me really, I don't give it too much thought, I go with what feels right, not what sounds right. Some of it is high energy rock n roll, some more slow grooving, always seems to end up sounding pretty anthemic at the end, that's how I like it, I want to lift people up and help elevate their mood. As long as I feel it's authentic CAMU music without me trying to be something I am not then I am happy. I usually go for huge choruses filled with different hooks, I like hooky music that you can remember bits and pieces of as I feel the listener carries that piece of music around with them, I strive to make memorable music that can pump up the listener. As far as lyrics go on the new material, they are about my experiences of the last 8 years of my life, with many sub-stories all wrapped up into a three-song trilogy. I want the listener to be elevated and motivated and go out and do cool things in life. I want my music to be their soundtrack in life.TUA: What formats do you prefer to release your music on? Digital, CD, Vinyl, Cassette, All the above?
CAMU: I would love to do all the above but at this point, I only release it digitally. If there is a market in the future for CAMU cassettes I will definitely have some made up. I grew up on vinyl, I would love to have a gatefold vinyl made of the forthcoming album.
TUA: Your current single playing on TUA's list tell us about the song. If there is a music video that goes with it, please share the link. 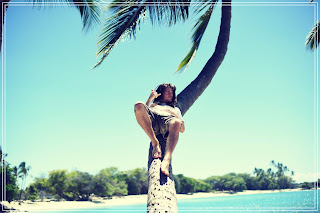 CAMU: Empire State Of Sound is the first song of a trilogy of songs I am releasing after an eight-year break from music. I wrote & recorded the first version of Empire State Of Sound while I was living in East Village New York after NAKED had broken up after our second US tour. The song is not only a celebration of the good times I’ve had in New York but a shout out, to the energy, motivation & answers those city streets gave me during dark, unforgettable & trying times. So much can happen in a New York minute, so to say. For me, New York will forever hold a very special place in my heart. It is where I found myself, the love of my life & some of the best friends & experiences that I will cherish forever, not to mention I’ve recorded a LOT of music there & it is the first place I was able to explore & express different sides of my music style. Empire State Of Sound is a window to my NYC experience & my very own NYC anthem. My ode to NYC.

Fast forward to a few months ago, I suddenly started rearranging the song in Hawaii, out of the blue I sent it to the guys in my old band NAKED, because life is too short and I felt it was time to share my music again. The final version of the song was actually recorded by us in 4 different countries simultaneously. Voila. "Empire State Of Sound."
With the video, I wanted to create something personal & authentic, rather than your generic video of a bunch dudes playing on top of a building… I lived in NYC & I walked those streets every single day for years, so I know it. I know the street hustlers, the deli owners, the restaurant workers, bartenders etc, & they all know me! There's even a shot in the video of a street hustler I used to give money to every day, it wasn’t planned & it was epic!
The video was purposely shot with a bunch of cuts to really emphasize the fast & ever changing pace of the city. Everything in the video is of my hood & old stomping grounds, plus a few quintessential NYC spots in the area. I actually directed the video & a friend of mine, Kevin Vonesper filmed it for me. I had two other photographers lined up to actually meet me in NYC and shoot the video originally but they both fell through on the same day haha. Kevin and I did some NYC hustling and did the whole thing in 2 hours & I added in a couple extra takes then edited the whole thing together on my laptop in Hawaii. It was really awesome to see the whole thing come together, it was the first video I directed & edited.
Empire State Of Sound
TUA: In your opinion why is playlisting important or not important to you and music? What suggestions might you give to other bands wanting to utilize Spotify to its fullest?

CAMU: Playlists are without a doubt the most important thing to get on for any new artist. It's one of the few ways for people to come in contact with your music. We didn't have any playlists ten years ago and I am very happy we have them today. I want to be on as many playlists as possible.