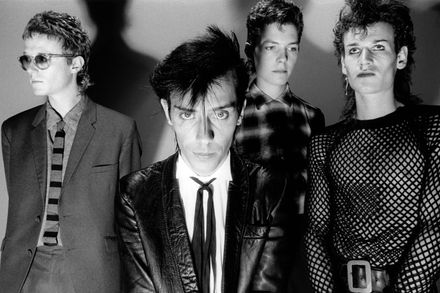 Formed in 1978 in England, Bauhaus started off as a post-punk band, but for many, it represents the origin of what would become known as gothic rock. Bauhaus was originally known as Bauhaus 1919, a reference to the first operating year of the German art school known as Bauhaus University, which boasts a long tradition of instruction in fine art, handicrafts, music, and architecture.


The core sound of Bauhaus mixed various genres, taking a post-punk approach and combining it with glam rock, funk, and dub. On August 6, 1979, Bauhaus made its recording debut with the single “Bela Lugosi’s Dead,” with the B-side featuring the track “Boys.”


The song starts off with some effective percussion by Kevin Haskins, which is quickly countered by David J’s thumping and spread out bass and a dub-influenced guitar sound, courtesy of Daniel Ash. There’s some odd keyboards, additional percussion (such as congas), and other electronica. Peter Murphy chimes in with some acoustic guitar, and it’s not until just short of the three-minute mark that Murphy’s signature vocals come through both speakers. Murphy’s approach to the vocals, deep and almost monotone with some echo, would influence many of the gothic rockers that would follow. The musical approach here is also deep and spread out, the instrumentation building up with some psychedelic flair (sequences that sound like early Pink Floyd) only to pull back and let odd sequences of percussion take over. 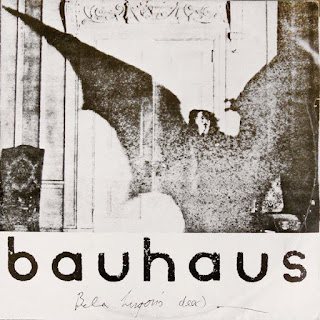 Lyrically, the song pays homage to horror icon Bela Lugosi, whose most famous role is arguably Count Dracula in 1931’s Dracula. Although the film secured his fame as a horror icon, the role also led to typecasting, which in turn led to his decline as an actor. Lugosi died of a heart attack on August 16, 1956. He was buried wearing one of the capes used in Dracula.


Although the song is somber in tone, it also hints and Lugosi’s transference into an actual vampire, shifting from “Bela Lugosi’s Dead” to a chorus of “undead,” repeated six times. The song’s influence on the genre of gothic rock, and in particular gothic metal, is worth mentioning, as many bands that followed also wrote extensively about vampirism, leading to the development of modern vampires. Gothic culture has also embraced the nature of the undead, with many goths wearing dark attire, pale-face makeup, and black hair.


In 1983, Bauhaus performed a shortened version of this song during the opening credits of the vampire flick The Hunger, based on the novel by Whitley Strieber and starring Catherine Deneuve, David Bowie, and Susan Sarandon. “Bela Lugosi’s Dead” has since appeared in other movies and television shows, including The Collector, Supernatural, and American Horror Story: Hotel. Artists who have since covered the song include the industrial-metal band Electric Hellfire Club, the black-metal band Opera IX, and thrash-metal outfit Sepultura.
Bauhaus