Up Close and Personal with Artist Katie Knipp 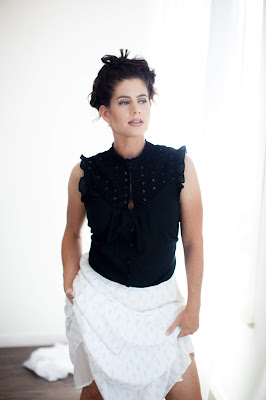 There is nothing this lady can sing about that is emotionally blue, yet her lyrics and vocals produce some of the sweetest sass to come from the blues/country and jazz section of music in a long time. It was great getting to know this talented artist a little better as with each song created she just keeps getting sweeter and sweeter. Diversity is her forte in creating music and with open arms she slides right in so finely.


Where is home?
Katie Knipp:  I reside in Rocklin CA

What is the music scene like?
Katie Knipp:  It's a suburb of Sacramento where I usually play and it's fantastic.  Lots of support, variety, etc.  There's a great theatre venue called The Sofia that I absolutely love.

Give a shout out to a favorite band in your location that you listen to and support.
Katie Knipp:  The Outcome, led by Quinn Hedges 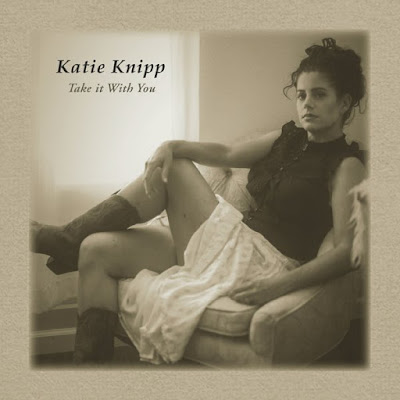 Name of current album/EP you are promoting?
Katie Knipp:  it's called "Take it With You", full-length album

Titles of each track and talk about the structure and lyrics of each track.
Katie Knipp:  1.)"Ya make it so Hard to Sing the Blues" is about my husband being pretty awesome and making it hard to be the brooding depressed artist of yesteryear.
2.) "I Don't Sing for You" is about finally having the freedom of waking up one day and realizing that an ex boyfriend is no longer a muse and I could care less about what he hears since I no longer want to write about him.
3.) "Letters" is about a military couple where one of them struggles with PTSD and alcohol and they are trying to keep the faith that their marriage will survive.
4.)"Metro in Paris" is based off a claustrophobic incident of being smashed against other commuter bodies during rush hour so I decided to turn it into a sexy dance.  That's my after party 3 am strip club song.  I actually hope pole dancers use that song one day, ha!
5.)"I Will Stick Around" is a story about wanting to be there for a friend that was going through insanely traumatic events.
6.)"Come Back" is my totally psycho fatal attraction song.  That was really fun to record.  Getting creepy and dark is one of my favorite things in creating music.
7.)"Get Outta My Dream" is just about having an ex-enter your dream that you hadn't thought of in quite a long time and you're pissed that you're thinking about them and that your day is screwed up.
8.)"Santa Cruz Blues" is a true story about my witnessing a suicide on my 21st birthday.  It also brings up two other people from there that committed suicide.
9.)"Another Round" is my tribute to New Orleans.  One of my favorite cities on the planet.  10.)"Last Man Out" is about the Chilean Miners that were rescued back in 2010.

Album or EP names are always interesting. How do you come up with titles?

Katie Knipp:  The title "Take it With You" encompasses wanting to share my music on your road trip, and also being remembered.

Do you have particular tracks off this album coming that means something very special to you?
Katie Knipp:  I love performing "Ya Make it So Hard to Sing the Blues," because it's flirty, rockin' and happy, and it was written for my husband

How often do you find yourself getting practicing and discover later that you have spent an entire day just focused on music?
Katie Knipp:  Oh man I miss those entire days.  Now I purposely pay for them with a babysitter since I have two toddlers to look after.  No better feeling than being so immersed in it that you forget to eat, forget technology, forget everything else except being in love with music.

Family and friend time is important, how do you balance both sides?
Katie Knipp:  It is a constant struggle with family first and always apologizing to my friends for not having as much time as I would like.  I live by my day planner and try to schedule everything in when I can.

In your humble opinions who is the greatest guitarist, drummer, vocalist of all time?
Katie Knipp:  My favorite drummer has to be Scott Amendola, electric guitarist is Stevie Ray Vaughn, acoustic guitarist is David Rawlings, and vocalist has to be Aretha Franklin.

What is in store next for Katie Knipp?
Katie Knipp:  Getting this album "Take it With You" on the Billboard charts, being on everyone's playlists, getting some songs into film and tv, and visiting parts of the world I have never been to through touring.  And still being there for my family!