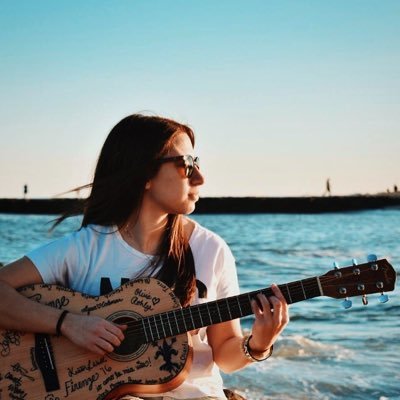 For the holidays, Brianna Musco wants to spread the love of the holidays by coming to a city near you.  Brianna will be spending time ringing in the New Year with an East Coast run to promote her upcoming EP entitled “Forever”, which will be coming out late winter/early spring.

About Brianna Musco:
Her videos, including the mashup of the popular album “Divide” by Ed Sheeran and her cover of “Paris” by The Chainsmokers have earned her thousands of hits on YouTube and Spotify and her original songs on her EP, including “Forever” and “Not Enough” are obtaining significant numbers in the thousands on Spotify playlists.  She wrapped up a successful tour where she sold out of “The Demo” EP, which included festivals and shows in Wisconsin, Iowa, Illinois, Ohio, and Pennsylvania, which included an opportunity to open for YouTube viral sensation Robyn Adele Anderson.
Fans can find Brianna Musco at the following locations:
www.facebook.com/briannamusco
www.instagram.com/briannamusco
www.twitter.com/briannamusco
www.briannamusco.com
What critics have said about Brianna Musco:
"On her way to the top, whether solo acoustic or with her full band, classically trained Brianna Musco always delivers with both performance and a great crowd, a show not to be missed!"
Ben Puglisi, New Jersey Talent Buyer
“Brianna Musco has what it takes to make it in this tough industry.  When I first listened to her, the words honest and organic immediately came to mind”- Matty Douglas, Madness To Creation
Authentic, dynamic, unique. Brianna Musco embodies all of these characteristics as she composes lyrical tales on stage. As a songwriter and multi-instrumentalist, Musco uses her vast array of musical influences to craft originals that are innovative to the pop genre. At Musco's Jan. 5 release of, "The Demo," her onstage energy was contagious as she performed 3 acoustic based originals and a variety of crowd pleasing covers that spanned decades. Musco displayed a clear connection with the packed audience, who enthusiastically sang and bopped along throughout her entire set. Her music tells a personal story while remaining fully relatable to every person in the room. (Jessica Bell, TCNJ Journalist and fan)
Brianna Musco