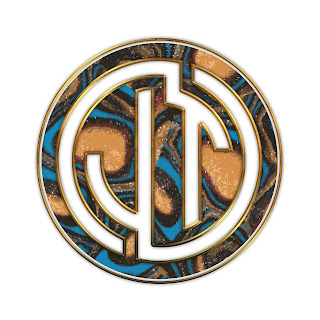 Writer: Tiffini Taylor
Jay Tarantino is best known for his touring work with Angel Vivaldi, but many do not know exactly how talented this musician is. In 2017 he formed the band ETHERIUS, an instrumental heavy ensemble that will make everyone take notice. There is room for everybody in the music industry including great metal bands and beyond. Etherius is a band that consists of Jay Tarantino, drummer Zak Ali, bassist Chris Targia, and guitarists John Kiernan.  I got to speak with Jay Tarantino about the new band, new album, and everything else that is Jay Tarantino.
Tiffini: How was the band, Etherius, formed?
Jay Tarantino (JT): “Originally the music on the Thread Of Light EP, I was going to put out a solo album. I wasn’t going to do a band. In 2016 I started writing music. I was looking for a drummer and I went out to California in January of 2017.  I happened to bump into Zaki, our drummer. He and I are from the same area of New Jersey, so we came up with each other in the metal scene of New Jersey, We actually started talking about working on a project together. I told him “hey I have some songs here, I’ll send them to you and let me know what you think”, and he really liked them.  He started working on some ideas on his own with drums. He and I started working on the songs, jamming on the songs and pre-production on the songs, then Chris came into the band. Chris and I played in a band previously, so I’ve known him for like 8 or 9 years, this kind of music is really like his kind of style. He fit perfectly that’s when he came on board. John, our other guitarist, he came on just because I would see him around in shows and I saw him perform and I thought he was a great player and again we had talked about maybe doing something together so that was that”
Tiffini: Where did the name Etherius come from?
JT: “Originally we wanted to call the band, we went through hundreds of band names -we spent months on this, and originally we wanted to call the band Etheria and I can’t even remember where I got it from. I know it's like some kind of tv show in the Philipines or something. I thought it sounded cool and then I did some research and found out that there was actually a band already called Etheria and they’re signed to a label so we couldn’t really use that. Etherius, I think Chris our bass player just came up with it one night or he found it somewhere and we all thought it was a cool name so we kept it and found out that there was no band that had that name so we were like alright we are going to use that instead.”
Tiffini: Your band has been referred to as progressive or neo-classical, what would you consider yourselves?
JT: “I think we are a metal band. Those are all accurate descriptions, neo-classical, a little power metal, thrash, a little prog, its like I don’t think we go too far in any of those one directions. We kind of blend them all together and give a little hint of each style. But yeah those are all accurate. I mean I grew up on thrash metal so like that’s always going to be a part of the music, whatever project I’m involved in. Its always going to be some thrash element to it but yeah neoclassical, thrash, progressive it is all accurate it all describes the music perfectly.”
Tiffini: How old were you when you began playing guitar?
JT: “Let’s see I was 13. Like the end of ’97 when I started playing.”
Tiffini: What kind of guitar do you play?
JT: “I’m currently endorsed by Kiesal guitars, they use to be carbon, I’ve been playing those exclusively for the past couple of years.”
Tiffini: You have been playing in bands and a touring musician as far as playing with Angel Vivaldi, what is the difference that you‘ve noticed in the music industry being in both?
JT: “I would say it is a lot more competitive. Especially in this kind of genre of instrumental guitar, It’s not like pop music where there is a million, you know. Instrumental guitar is more of a niche. There is less of an audience so there is a lot of bands fighting for the same audience. Especially now because the music industry is changing so much and people are not making as much money and record sales are not what they use to be. Musicians are finding other creative ways to make money, there is definitely a lot more competition so the bands are kind of fighting for the same audience.”


Etherius is a band that is full of passion and brings emotion through instruments. It is heavy, it is loud, it is all metal. Jay Tarantino is not only a talented guitarist and composer but has the knowledge and outlook in the music industry that most artist and bands need in this present time. The new album is titled Thread of Life, be sure to check it out.
Jay Tarantino Facebook
Jay Tarantino Website
Jay Tarantino