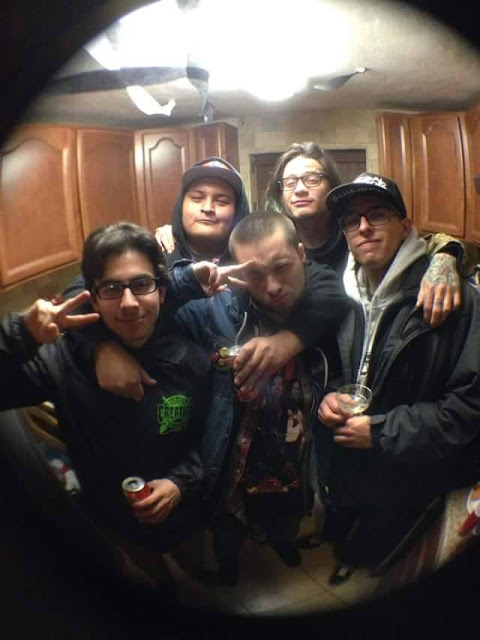 Formed in Albuquerque, Loathe play an aggressive mix of death metal and hardcore, citing bands such as Pantera and Slater as influences on their sound. Originally released in 2014, Heresy captures the band’s raw sound. Recorded by James Robinson, Heresy was mixed by Taylor Young and mastered at AudioSiege.


The six-track EP kicks off with the title track, with guitarists Lane and Eric starting things off with a slow and heavy guitar set, which without warning breaks into an all-out hardcore slam, with drummer Matt taking charge of the pace and vocalist Ivan delivering a hardcore-laden vocal vibe.

Bassist Neal takes a few seconds on “Reaper” to throw down a thick bass lick, with the band once again slamming hard with some moments of heaviness that make this track a standout. The rhythm-over-melody aesthetic is on clear display here, with the guitars setting down some aggressive yet catchy riffs and short solos. “Darkness” creates some atmosphere with a solo guitar riff and Ivan taking a turn at some clean vocal delivery before breaking out his hardcore scream. About a minute later, the punk-driven vibe kicks in, with both guitars pumping out rhythms either in tandem or cross purposes.


“Bitter Sweet” taps into a droning, heavy sound that reflects its title. The progression to thrash-driven speed is effective, with the guitars’ power chords working to get the blood pumping. The crunch on some of the guitar riffs makes the buzzsaw sound strong enough to hint at melody. “Wither” is a continuation of “Bitter Sweet,” but with the band playing harder and heavier, particularly drummer Matt, who uses some cymbal work to good effect. The closing bass riffs will make even the most jaded chests thump and thump.


The closer, “Shame,” taps into the slight grooves of thrash metal, setting down a lead guitar riff that like a surfboard serves to enable Ivan’s screams to glide along at an epic pace. The punk vibe that comes from underneath is courtesy of the drums and percussion, as well as an echoed second guitar. The speed of “Shame” is an effective way to end an album that boasts an aggressive hardcore sound that many bands today have really forgotten about. The clickety-clack sound is enough to make old punks throw up a fist. 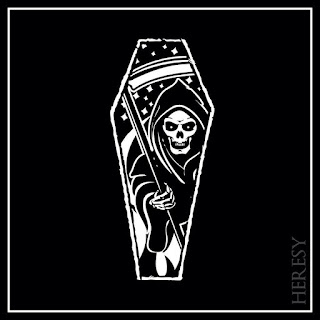 Listeners looking for a hardcore sound that built on old-school punk and crossed it over with the heaviness of doom metal and the raw speed of thrash and death metal should check out Loathe’s Heresy.