Review of Torture Victim’s Burn the Living . . . Ream the Dead 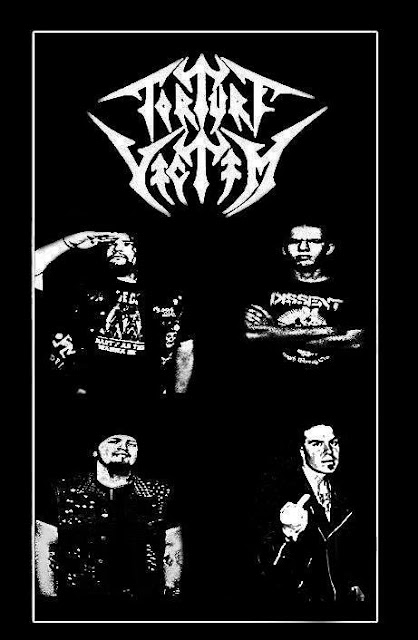 Based in Albuquerque, Torture Victim has burned their way through local venues for many years, stamping each with their own mix of blackened thrash, hardcore punk, and a touch of death metal. In 2011, the band released the six-track EP titled Burn the Living . . . Ream the Dead. Produced by the band, the EP was mixed by Amanda Castillo (guitarist of thrash-metal outfit Suspended) and Ken Padilla (guitarist for death-metal band Impaled Offering), both veterans of the Albuquerque metal scene. Recording took placed at The Lion’s Den.


The EP features five original tracks, plus a cover of “Massacred Millions” by British hardcore punk rockers The Verukers. Musically, Torture Victim mixes facets of hardcore punk rock into crossover thrash metal, at times also incorporating elements of black and death metal. The end result is hard but accessible, throw-down slamming but also with hints of melody, and flashes of technicality countered with moments of all-out bashing and old-school smashing.


Leading the charge is Dominic Dimas, whose guitar chops are complemented by his clean but slightly screamed vocals. There’s a hint of echo in Dominic’s delivery, making his belted screams more in keeping with thrash metal than punk rock. However, a track such as “The Deceiver,” as well as the cover song, lean more toward hardcore punk.


Tackling the lead guitar is Gabe Martinez, who sets down some fist-pumping solos complemented and at times countered by Dominic’s heavy rhythms. James Herring handles the bass, which often echoes the guitars but sometimes steps out front to throw down a thick lick or groove-laden rhythm. Keeping the pace at a punkish pace is drummer Taylor Beltrano, who also eases into thrash aesthetics at will, letting the entire kit come into play. 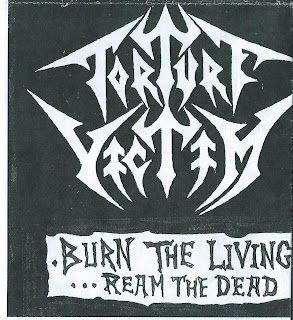 Lyrically, Torture Victim cover topics at home in the metal genre. For example, the opening track “Black Portals of Madness” talks about evil conceived in a very human mind, whereas the song “Zombie” kicks off with the following opening lines: “Feasting on your flesh, roaming in the night/Spreading the disease with every bite.” The words may hint at cliché, but overall the phrasing is on point and the delivery brings these images to darkened life.


Fans of blackened thrash metal with the drive and rhythms of hardcore punk and the technical prowess of death metal should give a listen to Torture Victim’s Burn the Living . . . Ream the Dead. It may be hard to find (I found my copy at Albuquerque’s Arise Music and Coffee, which has many such local treasures), but it’s worth the search.


The band’s site on ReverbNation includes sample tracks and gig locations and dates, so be sure to check it out. Youtube also has available Torture Victim’s debut full-length studio CD, titled Of Darkness and Power.